As I approach the magnificently remodeled San Francisco Marriott in Union Square, I become keenly aware of the vast differences in karmic circumstances that exist in this world of “endurance.” Walking down the street, I have to be careful not to trip over the sleeping homeless man in the doorway, his dirty jeans hanging half-way off his body, huddled to stay warm through the moist, cool night of this city of modern wonder and riches. As a follower of Shakyamuni, the Enlightened Buddha who promised an end to suffering if one follows the Eightfold Path, when the lights of the hotel lobby fill my eyes I wonder what “Wisdom 2.0” has to offer in terms of freeing humanity from suffering.

“Wisdom 2.0” is a movement that has been taking place over the last few years within IT companies and corporate America. It is based on a belief in the inherent benefits of wisdom, compassion, and mindfulness for individuals and society as a whole. The conference organizers do not present it as Buddhist, yet this year the proceedings open with the construction of a Sand Mandala by monks from Drepung Loseling Monastery. As the mandala takes shape over the three days, the central deity is revealed to be the bodhisattva of wisdom, Manjushri.

There are a few recognizable Buddhist teachers speaking. Most notable are Jack Kornfield from Spirit Rock Meditation Center, who is referred to as a “wisdom teacher” rather than a Buddhist teacher in the conference billing, and Roshi Joan Halifax. Most of the speakers are community activists, corporate leaders, scientists, artists, and therapists.

“Wisdom 2.0” is the brainchild of Soren Gordhamer, the author of the book Wisdom 2.0: Ancient Secrets for the Creative and Constantly Connected (2009). Like the “Wisdom 2.0” conference itself, the book is aimed at bringing mindfulness practice to the fast-paced, modern, technological world. Gordhamer has worked with Richard Gere and the Dalai Lama in the past, and the influence of Buddhism saturates his writing, just as it does the conference.

The specific title of this conference is “Wisdom 2.0 Business.” Gordhamer’s vision is to bring mindfulness, compassion, and wisdom into the business world and the workplace, where people spend the majority of their daily lives. He opens the conference by asking attendees to take a moment to notice their breath, to notice its rise and fall in their body, to be aware of where they are in this moment. This is a classic mindfulness meditation technique. While most of the ideas and techniques are Buddhist, they are presented without the word “Buddha” attached to them. The depth of the Buddha’s teachings is never touched.

“Wisdom 2.0” leaves Shakyamuni’s essential teachings at the door with the homeless man—not allowed into the multi-million dollar hotel conference rooms. No one without a conference badge is allowed into the conference area; the gates to the mandala of “Wisdom 2.0” with its meditation rooms, yoga rooms, conversation rooms, and brilliant speakers are closed. If you don’t have enough merit to afford entry to the conference, you cannot access the tables with smart watches that remind you to breathe, the apps to help you invest mindfully, or the meditation magazine tables. Inside, we are given a sense of Shambhala, a utopian society where suffering is eradicated through meditation techniques and good intention.

The first three Noble Truths are left out of the conference. Instead we go directly to aspects of the Eightfold Path, focusing on right livelihood, right effort, right mindfulness, right concentration, right view, and right intention, with no faith in a historical teacher, supra-being, or lineage necessary. The teachings are sanitized and served with a streamlined efficiency that Steve Jobs would be proud of, a form of iBuddhism that is pleasing to the eye and the mind. Statues of the Buddha sit here and there, and the backdrop to the speakers, as they give their 20-minute TED-style talks, is a white knot of eternity. These speakers give no moral imperatives outside of social justice and equality, and the human capacity to succeed given the right tools. 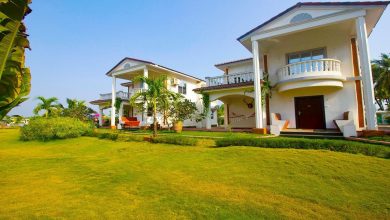 Private Villas in Assagao To Live in Serene Village Bliss

Summer in America: for peace, quiet and meditation, retreats are the way forward | meditation 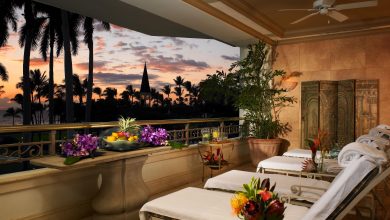 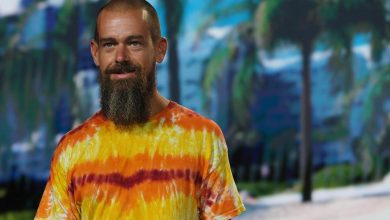 Jack Dorsey said he meditated for two hours a day ‘just to stay above water’ while running Twitter and Square. I tried it out myself and felt calmer but less productive.