Share on PinterestWhat do potatoes mean for diabetes risk, and why does the cooking method matter? Image credit: Crissy Mitchell/Stocksy.

While it makes sense that a healthy diet including plenty of vegetables would help a person avoid type 2 diabetes, the research has been unexpectedly inconclusive.

A new study from researchers at Edith Cowan University (ECU) in Perth, Australia, whose findings appear in Diabetes Care may have figured out why: potatoes.

The study found that vegetables in general do reduce the risk of diabetes, except for potatoes, which are often counted among vegetables in research.

In the study, participants who consumed the most vegetables — minus potatoes — had a 21% reduced risk of diabetes than those without substantial amounts of vegetables in their diet.

There was no additional benefit for those eating more than 150 to 250 grams of vegetables daily.

Depending on how potatoes are prepared, the study says, they can either have no effect on diabetes risk or actually increase it.

The vegetable most closely associated with a reduction in diabetes risk were green leafy vegetables and cruciferous vegetables.

The authors of the study derived their conclusions from a cross-sectional analysis of 54,793 participants in the Danish Diet, Cancer and Health study that collected individuals’ health data from 1993 to 1997.

All were residents of the Copenhagen and Aarhus regions of Denmark, and their ages at the start of the study ranged from 50 to 64 years. Participants filled out extensive food questionnaires, and researchers recorded their weight, waist measurements, and height.

Lead study author Dr. Nicola P. Bondonno, postdoctoral research fellow at ECU’s School of Medical Health Sciences, recalled for Medical News Today how she and her colleagues were puzzled that vegetables had not been more definitely linked to lowering the risk of diabetes.

“We delved deeper into the methods used in each individual study and saw that many studies included potatoes in their estimation of vegetable intake, and did not take into consideration the preparation method of the potatoes,” she told us.

Other studies also did not always consider “the background diet of the people eating large quantities of potatoes, which typically included large amounts of red meat, a risk factor for type 2 diabetes.”

dr Jason Ng, clinical associate professor of medicine at the University of Pittsburgh, PA, not involved in this study explained that “French fries and potato chips are high starchy foods with a higher carb count.”

“These types of foods,” he said, “make your body produce more insulin to control blood sugars, and if eaten in higher quantities, may cause you to gain weight in the abdomen, which can cause insulin resistance, which can lead to type 2 diabetes.”

The new study assessed the effects of both vegetables and potatoes separately. They concluded that potatoes’ neutral — or even negative effect — on diabetes had masked the true benefit of vegetable consumption.

The authors of the study acknowledge that it is not clear how vegetables might be reducing the risk of diabetes.

“Vegetables,” said Dr. Bondonno, “contain nutrients and bioactive compounds, for example, fiber, polyphenols, vitamin K, and nitrate.” Such nutrients may foster metabolic health. “But,” she noted, “they are also relatively low in calories.”

It may simply be that a diet incorporating plenty of vegetables leads to a reduction in BMI and weight loss. These are both protective measures against developing diabetes.

dr Bondonno speculated that “[a]lthough potatoes contain nutrients and fiber, they are not as rich a source as other vegetables, and they have a comparatively higher energy density.”

In the study, when including all the forms in which people eat potatoes — excluding fries and chips — the risk of diabetes rose by 9%.

This is not to say potatoes have no place in a healthy diet, said Dr. Ng:

“Certainly, an appropriate amount of a potato in the setting of a well-balanced meal of proteins and vegetables can get you all the nutrients you need while also making you feel healthier, which can reduce your risk of diabetes. Moderation and balance between foods is the key in any good diet.”

The American Diabetes Association (ADA) recommends maintaining a healthy weight to help reduce the chance of developing diabetes, and offers a tool for measuring BMI.

The United Kingdom’s National Health Service says that a BMI of 18.5 to 24.9 is ideal, though a person should talk to their physician to identify the most appropriate BMI for them.

A healthy diet, along with exercise, is obviously a key component of living at a healthy weight. 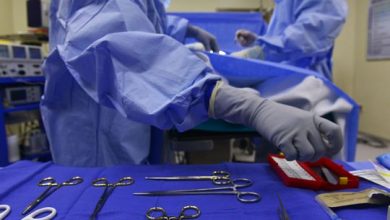 After losing 5 children to propionic acid, a liver disease, Omani parents save their sixth child in India 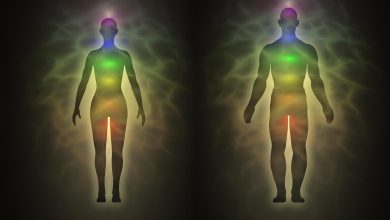 Surprising results show the unexpected changes in metabolism with age