Although it may sound reckless and uninviting, in fact, cold water therapy appears to have a range of benefits for physical and mental health.

Cold water therapy is beneficial for many aspects of your physical health.

Effects on the cardiovascular system

Immersion in cold water has been shown to have beneficial effects that may lower the risk of cardiovascular disease.

Levels of the stress hormone cortisol levels were also reduced. These positive physiological and biochemical changes are likely to produce health benefits, however, but whether this is the case in the long term has not been established.

However, take note, as sudden immersion in cold water can be dangerous for the heart and increase the risk of cardiac arrhythmias, it is important to take advice if you suffer from a heart condition before doing this. Anyone wanting to try cold water therapy should start slowly and gradually build up their exposure.

Insulin resistance is the relative inability of the cells in the body to respond to the effects of the hormone insulin. As a result, glucose cannot be effectively transported across the cell wall to inside the cell. Because of this, blood glucose levels are higher than they should be, but the inside of the cells are relatively starved of oxygen. Reducing insulin resistance by improving the sensitivity of cells to insulin is advantageous for health.

In a 2016 study, 14 swimmers average age of 45, swam outside at least twice a week throughout the winter. Results showed a significant improvement in insulin sensitivity. As insulin sensitivity increased, levels of insulin decreased.

In a 2016 study from the Netherlands, published in the journal PLOS One, 3018 participants were randomly assigned to either a hot shower followed by a cold shower for 30s, 60s, or 120s or a control group who did not have a cold shower. They showered daily for 30 days and were then followed up for an additional 60 days.

Over the 60-day follow-up period, those who took the cold showers had a 29% reduction in absent days from work. At that time of year, the most common reason for time off work in the Netherlands is influenza. The authors suggested that the cold shower group may perhaps have had less influenza. From previous research, cycling to work has been shown to reduce sickness absence from work by 35%. They made the comparison that taking cold showers had a similar effect on work attendance to taking regular physical exercise.

Interestingly, the length of cold exposure in the shower did not affect the results. Previous studies have found that the greatest benefits from cold exposure occur in the first few seconds, probably because of the direct nerve response to cold.

64% of participants completed the cold shower program, tolerated the experience well and found it acceptable.

Ice swimmers also report less in the way of upper respiratory tract infections. Patients in colder, remote areas have been noted to consult their doctors less often about respiratory infections.

As always, it’s important not to risk any potential benefits by overdoing it. Too much exposure to cold water and prolonged and repeated shivering may cause chronic stress and affect the diurnal production of cortisol, which could adversely affect health and the immune system.

Immersion in cold water seems to help weight loss, perhaps by speeding up the metabolic rate (BMR). The BMR has been found to be higher in those who regularly swim in cold water.

Repeated exposure to cold temperatures has been shown to increase the number of brown fat cells as compared to white fat cells. Brown fat cells burn calories at a faster rate.

A 2009 review of the medical literature concluded that immersion in cold water of less than 15°C for 5 minutes significantly affected metabolism. But further research is needed.

Has the potential to reduce inflammation

Other studies have shown that when athletes immerse themselves in cold water after exercise, this helps reduce muscle pain. Lowering the muscle temperature helps reduce oedema- tissue swelling – and reduces blood flow to the area, and ages the inflammatory response.

Cold water swimmers perceive that cold water swimming makes them feel better. In a 2004 questionnaire survey of cold water swimmers who swam regularly during the winter, they reported feeling less tired and tense and improving their mood and memory. They described feeling more energetic. Many of this group suffered from chronic diseases such as fibromyalgia and arthritis and experienced pain relief.

What are the mental health benefits of cold water therapy?

Cold water immersion seems to have specific benefits for mental health. There are many cold receptors in the skin, so when the brain is suddenly exposed to cold water, it is bombarded with electrical impulses, resulting in an outpouring of beta-endorphins and noradrenaline. This may be why cold showers can give you a natural high and have been shown to improve symptoms of depression. Cold water seems to be effective in helping to relieve pain, also because of this increase in endorphins.

How effective is cold water therapy?

It’s difficult to say exactly how effective cold water therapy is. It depends on your general health and what you are using it for.

One study showed that weight loss could increase the metabolic rate by as much as 16%.

Many people swear by cold water therapy to help relieve feelings of stress and anxiety. It can be a good way to help those on antidepressants feel better and stop taking their medication. Evidence suggests it helps with the conditions listed in this article. Cold water immersion is natural, inexpensive, and easy to access—we can all take a cold bath or shower.

As always, don’t rush into it, as detailed above. If you suffer from any chronic diseases, check with your GP first. Always start slowly and build up gradually.

If you want to try cold water therapy, a good way to start is to have a warm shower, then slowly reduce the temperature so you stand in cold water for a minute. Gradually increase how long you stand under the cold water. There is no benefit from standing there for prolonged periods. A few minutes is all it takes. After a while, you can skip the warm shower and go straight to the cold.

Cold water immersion may benefit those with:

It may not be suitable for those with established heart disease, and there have been deaths from heart attacks at open-water events.

I like the concept of cold water therapy what’s not to like when we are amid a cost-of-living crisis and can’t afford long hot showers and baths anyway! No medication is required, so there are no drug side effects, it’s inexpensive, and you can do it at a time to suit you in your own home.

But do take care. Start and build it up slowly, and check with your GP first if you have a heart condition or any serious medical illness.

Nemaura Medical to Present at 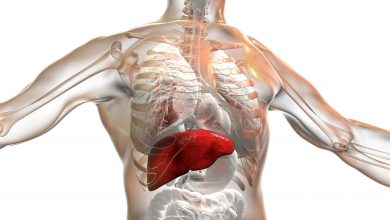 How exercise can protect against obesity-related diseases 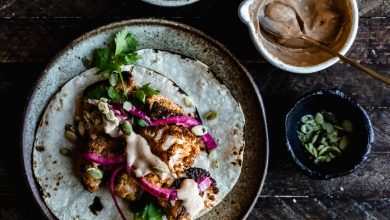 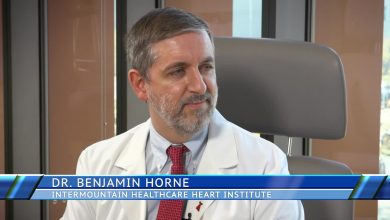