The rate of vertical hepatitis C transmission is nearly 25% higher than commonly assumed, according to a reanalysis of data from more than 1,700 children born to mothers infected with the virus.

The study also found, however, that the rate of spontaneous clearance within 5 years of birth is underestimated.

Hepatitis C vertical transmission rates are approximately 24% higher than previously assumed, whereas the risk for infection persisting beyond the age of 5 years is about 38% lower. Source: Adobe Stock.

Anthony E. Ades, PhD, MSc, professor in the Bristol Population Health Science Institute at University of Bristol Medical School in England, and colleagues noted the “widely accepted” estimate that the risk for vertical transmission of HCV is 5% to 6% among monoinfected women, and that 25% to 40% of infants spontaneously clear their infection within 5 years.

The problem with these estimates is that the methods for calculating them were variable and poorly reported, Ades said.

Ades and colleagues previously published a study that assessed the spontaneous clearance of vertically acquired HCV.

“What prompted both these studies was the need to establish the timing of mother-to-child transmission of HCV, as well as the vertical transmission rate,” Ades told Healio. “Our objective was to inform the design of trials of direct-acting antiviral interventions in pregnancy to prevent transmission to the fetus and newborn.”

Ades and colleagues reanalyzed data on 1,749 children from three prospective studies to obtain estimates of overall rates of vertical transmission and clearance at different ages. According to the study, they used the clearance rates to determine the proportion of uninfected children who were infected and then cleared the infection before testing negative. The researchers then estimated the proportion of transmission early in utero, late in utero and at delivery using data on the proportion of positive HCV RNA tests within 3 days of birth.

Based on the data, they concluded that rates of vertical transmission are approximately 24% higher than previously assumed. However, the risk for infection persisting beyond the age of 5 years is about 38% lower.

According to Ades, it is recommended that infants at risk for vertical transmission are tested at 18 months and, if positive, are presumed infected, followed to 3 years of age, and then tested for HCV RNA to confirm infection. If they remain infected, they are treated with DAAs.

“These recommendations, however, are difficult to implement. Even in the US, a high proportion of children at risk are lost to follow-up, and many of those who are infected are likely to remain untreated,” Ades said, adding that in countries with fewer resources, it is unlikely that the recommended management could be implemented at all.

“The development of interventions in pregnancy and approaches to earlier diagnosis and treatment are therefore a priority,” he said.

He said the findings of the study have “no immediate clinical application” but instead clarify the extent of transmission and spontaneous clearance and provide a solid basis for the design of trials of interventions in pregnancy, and trials of early vs. deferred treatment when treatments before age 3 become available. 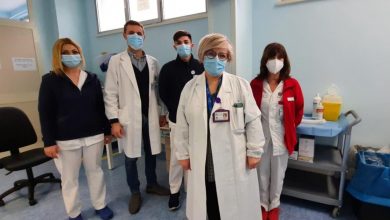 Who needs a COVID-19 booster shot? 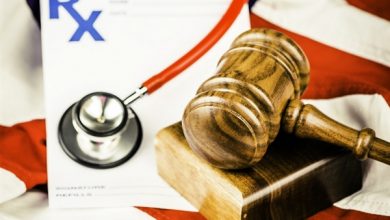