Ventura Pop-Up Yoga instructors won’t be leading any downward dog poses at city parks in the near future.

The Ventura-based yoga operation stopped its classes at local parks on July 1 when a two-year temporary operations permit in a city park expired. The city-issued permit was offered to support local businesses impacted by COVID-19.

Raspiller, 38, said her yoga business typically has 17 classes a week for all types of students with the core of Ventura Pop-Up Yoga centering on practicing outdoors.

“In the winter months, we typically partner with someone who has a space to rent so we’re able to continue evening classes,” the Ventura resident said. “The morning stuff is outside weather permitting.”

The temporary permit had allowed the business to operate freely at Ventura parks. With the permit’s expiration, city officials now require the business to become city contractors or pay more than $200 per hour for classes in the parks. Raspiller said the business can’t sustain itself with the two options the city has presented.

Raspiller said before she was issued the temporary COVID permit, she had an agreement with the city in which she paid $100 a month.

City officials say they have no record of the agreement. Steven De Fratus, Ventura’s interim recreation manager, said without documentation he must follow the municipal code.

City spokeswoman Heather Sumagaysay said regardless of what happened in the past, city staff members are trying to make a “more concerted effort in being consistent and fair and equitable across the board.”

Although the outdoor classes are stopped at city parks, they will continue in a limited, temporary fashion at Ventura’s landmark Serra Cross, which is not owned by the city. Classes will also continue indoors at Ocean Studio at Channel Islands Juice Co. on East Thompson Boulevard.

Raspiller said there are 15 instructors and hundreds of students affected by the city’s decision. An online petition to bring the classes back has more than 800 signatures and at least 100 people have called the city on behalf of the business, she said.

Oxnard resident Becky Haycox is one of the students who has been affected by the changes. She has taken classes for seven years and describes her emotions as a combination of bewilderment, shock and anger.

“As much as I understand the city having to follow rules and to do the right thing, it was just so incredibly abrupt,” Haycox said. It is hard for students to “just pick up and go” to another yoga studio when many have pre-paid for classes or have memberships, she said.

Haycox said Ventura Pop-Up Yoga is not just a workout.

“It’s more than what people could perceive it could be. It’s a spiritual practice as well as a physical one. It’s incredibly important to hundreds of people,” she said.

The yoga customer said the outdoor classes are a big factor in why she enjoys the practice so much due to the beauty of the area and the safety factor in COVID-19 era.

“I don’t think I’d go to group yoga as soon as I did without knowing they were outside,” Haycox said.

De Fratus said the city is looking to see if there are “other opportunities outside of the options that were presented” to resolve the issue.

Raspiller is hopeful that she can work with the city on a better solution.

“Our goal for all of this is to continue providing an affordable and accessible wellness space for students near and far,” Raspiller said. “I’d love to see a reasonable resolution for all of this and have a conversation.” 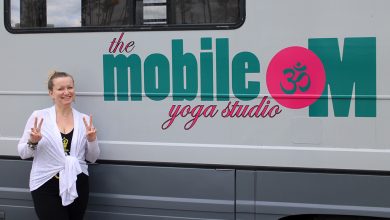 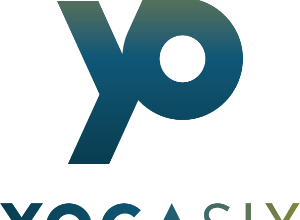