With two days left for the International Vajrayana conference to begin at the Center for Bhutan and GNH Studies, its President, Dasho Karma Ura talked about the importance of the event with Research Fellow Yangchen C Rinzin. The excerpts.

The conference is coming back after three years. What can we expect especially in terms of Vajrayana Buddhism?

Participants from 37 different nations will join the conference. The conference brings together a large number of distinguished scholars of Vajrayana Buddhism as well as high religious figures. It is an honor for us to have Buddhist spiritual leaders from the region and also from far away nations such as Russia.

The increase in the number of foreigners from 88 at the last conference to about 200 this year speaks for its growing standing in the mind of scholars and practitioners. The fact that speakers and participants pay for their way, not to speak of the time they invest, indicates the level of interest in the conference. After their arrival, only speakers are provided local hospitality just for the duration of the actual conference days. In a modest way, the local economy is brightened briefly by the international participants.

The extent of topics that will be presented in the four days is indeed wide-ranging. The topics deal in one way or the other with Vajrayana Buddhism’s implications on our life today in the midst of changing economic and technological situations. There are papers on Buddhism’s interface with philosophy, constitutionalism, politics and geopolitics, health, AI, digitalism, meditation, retreats, mindfulness, ecology, environment, social engagement, feminism, yoginis, bhikkhunis, the body of light, death, visionary experiences, the arts including music and so forth.

Why is such a conference happening in Bhutan and why is it important in today’s world?

Vajrayana Buddhism has been a central part of Bhutan since the dawn of its known history since the 6th century. Taking a broader view, there is thus a historic charge for us to take its insights further afield to the extent possible through such events, even though there is a budgetary constraint. With the blessings of His Revered Majesty, we have received now as in the past, I am certain that the conference will be perpetuated. I hope that this event becomes regular. Thanks to International Buddhist Confederation, India’s kind support, the conference edition this year could go ahead, and we look to similar bighearted donors in future.

The Central Monastic Body, which is co-hosting the conference, is an embodiment of Vajrayana institution dedicated to combining skillful means in practice and wisdom in realizing that nothing exists inherently. Its many offerings can be globalized, and one way is again through such events.

As to how the conference is germane to today’s issues, Buddhism offers its own distinctive bearings and viewpoints, and in that sense, it is also a source of insights on how anyone might approach and shape economics, business, management, environment, food, trade , technology, ethics, social organization, politics etc. from a Buddhist framework of understanding our human condition and its future. Knowledge and outlook are truly speaking quite plural, and we should be open to exploring which ones can shine a better light and show a better path ahead to a common future.

Modernity of Buddhism is another way of saying that most of the insights of Buddhism can be explored as being timelessly relevant or to say that it is not antiquated in every sense. In doing so, there are always admirable attempts at scholarship to separate any myths from facts, knowledge from dogmas. The conference papers will broadly reinforce the modernity of Buddhism. To give you an example, one of the distinguishing understandings of Buddhism is its insightful theory of consciousness and the sense of self, and elucidation about the easy afflictions of the mind what is self identity?

Who can attend the conference? What is the driving force where CBS, a single organization, is managing the entire conference with more than 200 participants from abroad along with 400 locals?

Anyone is welcome to walk in any session they prefer to attend. It is open to the public at any time. We are making provision for 500 seats in plenary sessions and half that in each parallel session. Plenary sessions will last till 4 pm, after which parallel sessions will be held. A Buddhist calligraphy exhibition, also open to the public anytime, by the renowned Sikkimese calligrapher Jamyang Dorji, will be held. In addition, there will be teaching sessions by Kalu Rinpoche on the evening of the 1st and 2nd as well as a film show by the Russian delegation on the evening of the 3rd.

Bhutanese officials are in general quick at solving practical logistical challenges, if ill-conceived rules do not cause blocks. The research staff of CBS display ample abilities in this regard. They have formed groups and each group has taken up an area of ​​responsibility from the management of the kitchen to the management of the sound systems. Other groups have taken charge of conference programming to entertainment performances. The whole thing is coordinated ably by Jigme Phuntsho on our side and the high monk, Lopen Ugyen Namgyel, on Dratshang’s side.

Can you talk a little bit about the history of Vajrayana Buddhism in Bhutan?

Our country was hallowed by repeated visits of Guru Rinpoche, who potentialized the land and people with liberation, enlightened freedom and happiness, and who initiated Vajrayana Buddhism in the Himalayas and Tibet in the 8th century. Going by Bhutanese Terton Ugyen Zangpo’s text, Guru gave sadhana of the Eight Herukas to Bhutanese King Sindha Raza and his opponent, and their respective entourages, at Nabji in Trongsa. Enlightened women such as Khando Yeshey Tshogyal and Monmo Tashi Chidren soon realized those potentials and they were followed by countless others over time. So, the history of Vajrayana Buddhism in Bhutan is quite rich. It is part of the strand of our identity, and our aspirations. Deepening our understanding of the various facets of Vajrayana Buddhism could only enrich that strand of our identity.

What is the takeaway from this conference for the Bhutanese audience? 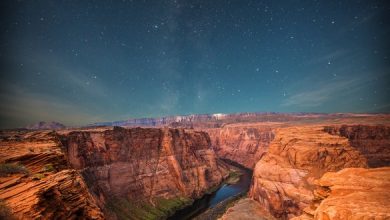 The Grand Canyon is Hosting its Annual Star Party this June 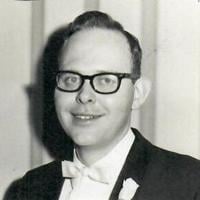 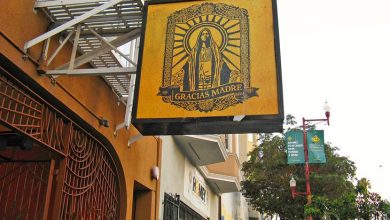