The US has a long way to go before the pandemic is over and life returns to semblance of normalcy as deaths from Covid-19 remain far higher than seasonal respiratory viruses such as the flu, a group of health experts said on Monday.

Two dozen scientists, doctors and public health experts, in a 136-page report, laid out a roadmap for the US to transition to a new normal in which the country can live with Covid without major disruptions to daily life. While the US has made progress, Covid is still causing an “intolerable” level of death that is far higher than the toll of common seasonal viruses such as the flu and respiratory syncytial virus even during bad years, according to the experts.

The report comes as elected leaders across the nation are lifting public health measures in response to a dramatic decline in Covid infections and hospitalizations from the peak of the omicron wave this winter. President Joe Biden, in his State of the Union speech last week, said the nation was returning to normalcy and encouraged Americans to return to working in person. The Centers for Disease Control and Prevention has said more than 90% of Americans live in areas where they can take off face masks under the agency’s new Covid guidance.

“With 75% of adult Americans fully vaccinated and hospitalized down by 77%, most Americans can remove their masks, return to work, stay in the classroom, and move forward safely,” the president said.

New Jersey on Monday ended its public health emergency that was declared in response to omicron, and New York City has lifted its school mask mandate as well as its vaccine requirement for indoor dining. New Jersey and New York were two of the hardest hit places in the country during the first Covid wave in the spring of 2020 and during the omicron surge this winter.

However, the report warned against complacency, inaction and “premature triumphalism.” In years past, as many as 1,150 people died weekly from respiratory viruses like flu and RSV without the implementation of emergency mitigation measures. However, Covid’s death toll remains about 10 times higher with 12,000 people succumbing to the virus some weeks, according to the experts. More than 9,000 people have died in the last week alone from Covid, according to the CDC.

In a pessimistic scenario, as many as 264,000 people could die from Covid between now and March 2023 if a new highly contagious variant emerges, according to the report. However, even this pessimistic scenario is about half the death toll suffered in each of the previous two years of the pandemic in the US, largely due to higher immunity in the population through vaccination and natural infection. In an optimistic scenario, the future annual death toll from Covid might be as low as 20,000, according to the report.

The report called for the US to make major investments to better manage Covid moving forward. The White House should create a post on the National Security Council to advise the president on monitoring and preparing for pandemic threats, according to the report. The deputy assistant of biosecurity would also coordinate efforts to counter anti-science information on vaccines and drugs.

The US should also invest in a multi-drug oral antiviral cocktail through a program similar to Operation Warp Speed, which developed effective vaccines in record time, as the virus is expected to develop resistance to any single drug, according to the report. The US should also improve wastewater, air and animal surveillance to track Covid variants and other respiratory viruses.

The report also called for investments in public health and health-care workforce, expanded research into long Covid and requiring better air ventilation in building codes among other recommendations.

Biden, during his State of the Union speech, said the US is taking steps to prepare for another Covid variant. He said the US can deploy new vaccines within 100 days if another variant threatens the effectiveness of the current shots. The president also announced a program in which people who test positive for Covid at pharmacies and community health centers can receive Pfizer’s oral antiviral pill at no cost on the spot.

“I cannot promise a new variant won’t come. But I can promise you we’ll do everything within our power to be ready if it does,” Biden said.

New Covid infections in the US have declined 94% from a pandemic record in January. The US reported a daily average of more than 46,000 new Covid cases on Sunday, down from a high of more than 802,000 on Jan. 15, according to a CNBC analysis of data from Johns Hopkins University. Hospitalizations are down 79% from the peak during the omicron wave, according to data from the CDC. 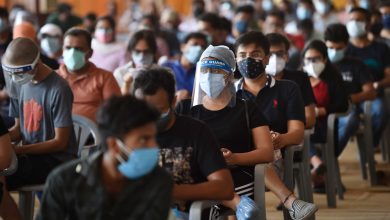 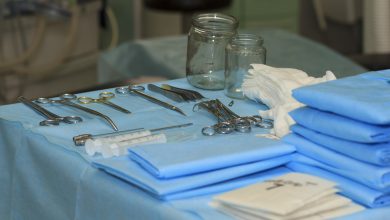 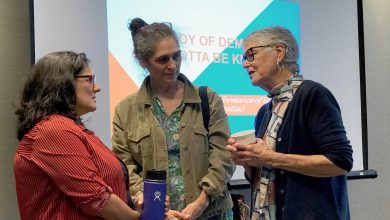 It Takes a Team: A Doctor With Terminal Cancer Relies on a Close-Knit Group in Her Final Days 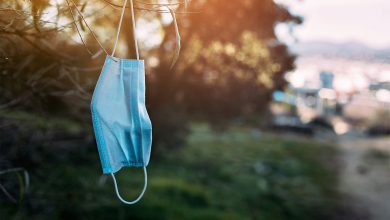