According to study results from the Journal of Clinical Sleep Medicine, patients with obstructive sleep apnea (OSA) who do not use continuous positive airway pressure (CPAP) may be at higher risk of hospitalization for influenza infection.

The association between influenza infection and underlying lung disease has increased the need to reduce the risk of influenza severity. The study researchers tried to determine the correlation between patients with OSA and laboratory-confirmed influenza using medical records from Dartmouth-Hitchcock Medical Center in Lebanon, New Hampshire.

In this retrospective study, patients were over 18 years of age and were excluded if medical information was missing or incomplete. Between 2016 and 2018, the study researchers analyzed 231 medical records, the confirmation of influenza, the type of influenza infection, the severity of the OSA based on the apnea-hypopnea index (AHI) and whether the patient was hospitalized.

CPAP compliance was analyzed and defined as at least 70% of the nights CPAP was used with at least 4 hours per night downloading the data. The researchers classified patients who did not stick to CPAP into mild (AHI, 5 to 14 events / h), moderate (AHI, 15 to 29 events / h), and severe (AHI,> 30 events / h) categories. The time between influenza diagnosis and CPAP download averaged 5.5 months with similar patient characteristics. In addition, study researchers reviewed vaccination records and considered patients immunized if they had records of influenza vaccine administration prior to the diagnosis date.

Of the 231 records reviewed, 147 were confirmed to have influenza infection and others were excluded due to lack of or incomplete information. The remaining 53 medical records consisted of 28 non-adherent patients and 25 patients who remained on CPAP treatment. Non-adherent patients were more frequently admitted to hospital with an influenza infection (odds ratio 4.7; 95% CI 1.3 to 19.5, P = 0.01) without significantly higher influenza complications (P = 0.10 ).

There were no significant differences in hospital admissions among patients who did not adhere to CPAP (P = 0.13). However, the documented vaccination rates were higher in 21 (75%) of the 28 non-adherent patients than in 14 (56%) of the 25 patients who adhered to CPAP. This had no statistical significance (P = 0.28).

The limitations of this study include the small number of patients included, the limited data on confusing variables, and the large number of records excluded due to incomplete or missing information.

The study’s researchers concluded that their results suggest that “treating OSA with CPAP may help reduce the likelihood of hospitalization after influenza infection in patients with OSA.” The significant mortality and morbidity associated with influenza encourages improving CPAP adherence to avoid hospitalization. 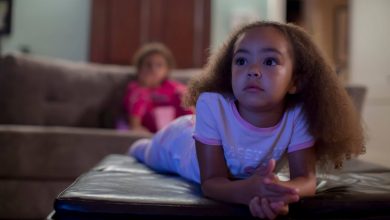 Communication challenges in caring for patients with palliative care