People who don’t have health insurance are now being charged $100 or more for Covid testing by some labs and may face bills for hospital treatment, and free vaccines may not be as easy for everyone to get since emergency federal aid for some pandemic programs has run out and hasn’t been renewed by Congress.

Senators reached a $10 billion bipartisan Covid funding deal last week. However, the package does not include the White House’s $1.5 billion request for a program that covers testing and treatment for the uninsured as well as some vaccine costs that is administered by the Health and Human Services Department, according to summaries of the deal released by the offices of Senate Majority Leader Chuck Schumer, DN.Y., and Sen. Mitt Romney, R-Utah.

Funding for the uninsured was dropped by Senate and House negotiators after Republicans opposed the money needed to extend the program, a senior Democratic aide in the US House told CNBC. Emails to House and Senate GOP leaders weren’t immediately returned.

The current Senate package would fund additional supplies of vaccines, monoclonal antibody treatments, antiviral pills as well as research for the next generation of shots. Congress left Washington last Thursday for a two-week recess without passing the deal, so it’s not clear when a vote might be held. Republicans blocked the bill from advancing over the Biden administration’s decision to end a CDC policy that deported migrants crossing US land borders as a pandemic emergency measure.

The $10 billion Senate deal is less than half the $22.5 billion originally requested by President Joe Biden, and it still needs to clear each chamber before it can be sent to Biden for his approval. It’s not clear how the deal would fare in the House if the Senate does manage to pass it, or if there’s any flexibility for some of the $10 billion to be shifted to help the uninsured.

Meanwhile, the Health Resources and Services Administration, which runs the uninsured program for HHS, stopped accepting claims to test and treat uninsured Covid patients on March 22 due to insufficient funds. While the US is providing Covid shots for free, the agency stopped covering the costs to administer the vaccines for uninsured people as of April 5, shortly after the FDA cleared second booster shots for people 50 and over.

“All those doctors, hospitals, pharmacists, nursing homes, community health centers that were relying on the provider relief fund that Congress enacted to help reimburse them for some of the Covid related costs — those have now been stopped,” Health and Human Services Secretary Xavier Becerra said last week. “The claims no longer are being accepted as of this week for even vaccines.”

Several major testing companies are now charging the uninsured. Quest Diagnostics told CNBC uninsured people now have to pay at least $100 for a PCR test, which is the most accurate one. Labcorp told CNBC the company is charging $119 for its at-home or in-person PCR testing for people who aren’t covered by insurance. Curative, which runs thousands of testing sites across 34 states, said it can no longer provide free Covid testing to the uninsured in areas of the country where state or local governments aren’t picking up the tab. The company said it is piloting a program where the uninsured can pay $99 to $135 cash for tests, depending on the type of product at select sites.

“We are deeply concerned about this recent development regarding federal funding and the impact it will have on uninsured patients. We ask that funding be re-instituted to ensure that uninsured patients have access to no out-of-pocket testing,” a spokesperson for Curative said.

CVS and Walgreens are still providing testing, antiviral pills and vaccines to the uninsured for free, the companies told CNBC. CVS spokesman Mike DeAngelis said the company is confident the White House and Congress will find a solution giving the uninsured free access to Covid services. Walgreens spokeswoman Alex Brown said the company is waiting further guidance from the White House once a Covid funding deal is actually passed.

Without additional federal money, people in the US will face a dramatic reduction in access to testing, particularly the uninsured, that will likely result in Covid outbreaks that were preventable, according to Dr. Georges Benjamin, executive director of the American Public Health Association.

“You’re going to have people just as we had in the first part of the pandemic having to hunt for testing,” Benjamin said. “It’s a disaster waiting to happen, and it just prolongs this outbreak longer than it needs to.”

Uninsured people who become hospitalized with Covid could also face bills for their treatment now that the federal government is no longer reimbursing hospitals, according to Molly Smith with the American Hospital Association. Smith said treating someone with Covid can cost anywhere from tens of thousands to hundreds of thousands of dollars if the patient ends up on a mechanical ventilator.

Some hospitals have financial assistance plans for the uninsured, Smith said. However, there is growing concern that some patients simply won’t go the hospital when they need treatment for Covid because they’re worried about how much it will cost now.

“We know that people’s fear about the cost of care is a significant barrier that already exists,” said Smith, the AHA’s vice president for policy. “Our biggest fear is people just avoiding avoiding care at all.”

The uninsured could also face reduced access to vaccines. Health-care providers sign agreements with the Centers for Disease Control and Prevention in which they are required to offer vaccines to patients free of charge regardless of their insurance status. The federal government has been covering the costs for the shots as well as the administrative expenses incurred by the companies like CVS and Walgreens that administer the shots. Without the $1.5 billion, companies will be on the hook to cover those extra fees on their own.

The CDC has told pharmacies they are still required to offer the shots at no cost if they participate in the federal vaccination program. However, the agreements are voluntary, which means pharmacies can pull out of the program at any time, and the CDC can also kick out providers who don’t follow the rules.

That means pharmacies could leave the federal vaccination program if they are unable to shoulder the administrative costs. Pharmacies have administered about 42% of Covid vaccinations in the US, according to data from the CDC.

More than two dozen pharmacy associations wrote House Speaker Nancy Pelosi, D-Calif., and Minority Leader Kevin McCarthy, R-Calif., late last month calling for Congress to take immediate action to fully fund the uninsured program. They warned that failure to fund the program would jeopardize equitable access to vaccines for people who do not have health insurance.

Smaller independent pharmacies now face a particularly difficult choice since they are already operating with razor thin margins, according to Ronna Hauser, senior vice president of policy at the National Community Pharmacists Association.

“For the vast majority of our members providing uncompensated care at this point in the pandemic is a very difficult decision to make financially and we won’t be able to do it to much extent unfortunately,” Hauser said.

There were 28 million uninsured people in the US in 2020, according to the most current data available from the Census Bureau. The current number of uninsured is likely lower due to a record 14.2 million people signing up for health insurance through the Affordable Care Act as of January this year, about 2 million more people than the previous record of 12.6 million set in 2016.

The uninsured are often people of color and lower-income workers who have jobs that put them at higher risk of infection because they are work in industries such as retail, restaurant and grocery stores where they interact with the public and can’t stay at home , according to Jennifer Tolbert, an expert on the uninsured at the Kaiser Family Foundation.

While Covid cases are low right now in the US compared to the peak of the winter omicron wave, barriers to testing will leave these communities more vulnerable again if another wave hits the US, Tolbert said. Curative said its real-time data points to another potential surge on the horizon.

“If you think about this from a public health perspective, it is just more about preparing should another surge happen so that you’re not caught off guard before you can put all of the pieces back in place to ensure that people can access the test and the treatment,” Tolbert said.

The uninsured program, established at the start of the pandemic under the Trump administration, has paid out about $20 billion in claims since 2020, according to HRSA. Tolbert said about 60% of that money went toward testing, 31% for Covid treatments, and 9% for the administrative costs of vaccinations.

The HRSA said people without health coverage should check their eligibility for Medicaid and for plans available through the ACA at healthcare.gov. The uninsured can also order free at-home tests from the government at covidtest.gov, although households are limited to two sets of four tests.

The uninsured can also continue to receive Covid services for free at federally-backed community health centers across the country, which can be located through the HHS website.

“The truth is that unfortunately the uninsured are the last to be thought about and the first to get the negative outcomes when we decide to pull back,” Benjamin said. 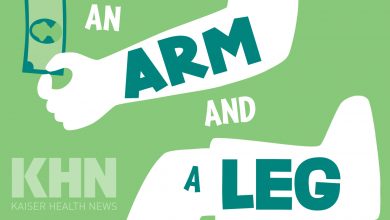 ‘An Arm and a Leg’: Need Surgery to Save Your Life? Tips for Getting Insurance to Pay 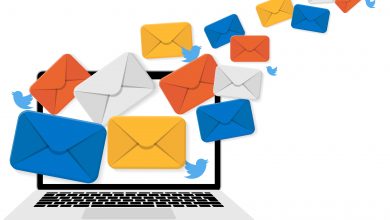 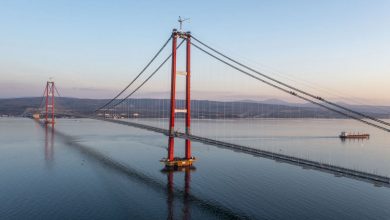 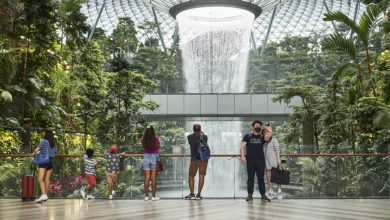