After all the drama and policy changes on the fly, Elon Musk might be preparing to give himself a break.

On Sunday, he tweeted a poll asking Twitter users whether he should step down, an act made more remarkable by how mundane it has become as a key element in the billionaire CEO’s management strategy. The poll closed early Monday in New York, with a resounding “yes” from more than 57% of the more than 17 million respondents.

It may be no coincidence that Musk tweeted out his “should I quit” poll a few hours after he was spotted watching the World Cup final in Qatar, where he likely took the opportunity to meet with Qatar Holding, a key investor in his Twitter deal . Saudi Arabia’s Prince Alwaleed bin Talal is also a backer. If they had been at all dissatisfied with Musk’s performance over the past month, this would have been the time to tell him to get his act together.

Musk may be Twitter’s “owner,” but he is still held to his backers, especially if he is struggling to find new investors in the company. The billionaire’s family office reached out to several potential investors last week and tried to sell equity at $54.20 a share, the same price Musk paid when he took the company private.

As for who would replace Musk should he actually abide by the poll’s results, it would most likely be someone in the trusted inner circle of executives who have followed him from Tesla Inc. and SpaceX to Twitter.

Steve Davis, a former president of Musk’s tunneling venture Boring Company and one of the earliest hires at SpaceX, who is known for working 16-hour days, is currently one of the most senior managers running day-to-day business at Twitter, according to a former Twitter employee. Davis is “always around,” they added.

Another candidate is David Sacks, who worked with Musk in the early days of PayPal Holdings Inc. and has been a vocal supporter of Musk. Whoever would take the role would inherit a mess of undefined policy and product changes and a mercurial proprietor looking over their shoulder.

Musk isn’t known for keeping his promises, so there is every reason to suspect that even if he technically follows people’s votes, he will continue to run Twitter in his own unorthodox way; he has said after all that the title of CEO is meaningless.

But his seven-week stewardship of Twitter has been marked by so much chaos and stress that he might just follow through with this one. Musk has been wanting to check out Twitter since before he even bought the company, likely because he knew that running a social media enterprise was one of the most thankless jobs imaginable.

It is why former Twitter CEO Jack Dorsey went on lengthy meditation retreats and why Facebook co-founder Mark Zuckerberg escaped into virtual reality. With algorithms juiced to keep eyeballs engaged, social media creates stress for people who use the platforms and those who run them, and Musk has been heading for burnout in trying to strike the impossible balance between free speech and policing users’ behavior.

He has tweeted out conspiracy theories and become increasingly paranoid about how swelling criticism might lead to assassination attempts. He has even suspended people for posting links to competing platforms, including venture capitalist Paul Graham, a member of Silicon Valley royalty who had previously cheered Musk’s efforts to his 1.6 million Twitter followers.

Musk came into this believing he could bring free speech to Twitter, but his warped understanding of the concept along with his thin skin and volatile management style set him up for a rapid descent.

Twitter advertisers have been staying away, and as February’s Super Bowl approaches, historically one of Twitter’s biggest ad revenue days of the year, it’s unclear how much inventory Twitter has managed to sell. Musk has meanwhile driven away some of the site’s most popular content creators, and take-up of his subscription service appears to have been feeble.

Aside from all the drama around suspensions and rules that are constantly in flux, Musk is flailing at his most critical job: making enough money to cover the $13 billion of debt he took on to buy the firm, plus those pesky $1 billion annual interest payments . Musk sold $3.6 billion worth of Tesla Inc. shares on Wednesday, potentially to help lower Twitter’s debt burden, but his options are narrowing. Tesla has lost 60% of its value since the start of this year.

“You must like pain a lot,” Musk told popular podcast host Lex Fridman on Sunday night, when Fridman offered to “run Twitter for a bit.” Musk’s financial worries seemed to be front of mind when he added, “You have to invest your life savings in Twitter, and it has been in the fast lane to bankruptcy since May.”

When Musk recently suspended a group of journalists, he joked that a few days away from Twitter would be good for their well-being. He might be ready to take his own advice.

• TikTok Is Running Out of Time in the US: Tim Culpan

This column does not necessarily reflect the opinion of the editorial board or Bloomberg LP and its owners.

Parmy Olson is a Bloomberg Opinion columnist covering technology. A former reporter for the Wall Street Journal and Forbes, she is author of “We Are Anonymous.” 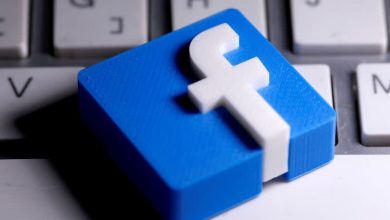 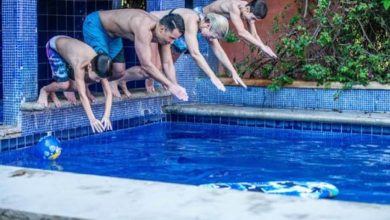 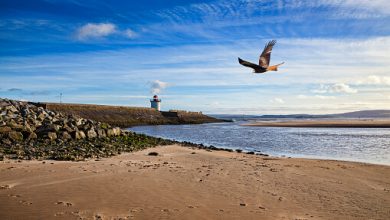 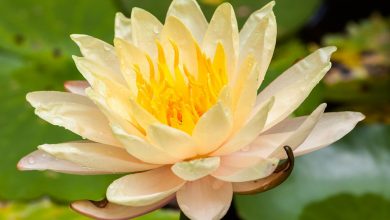 You Don’t Need to Be Meditating to Practice Mindfulness