Thyroid-stimulating hormone receptor (TRAb) levels in patients with relapsing-remitting multiple sclerosis (RRMS) who have been diagnosed with alemtuzumab-induced Graves’ disease (GD) may, according to a published study, be a biomarker for predicting a fluctuating disease phenotype in the Clinical endocrinology.

Alemtuzumab, an immunomodular monoclonal antibody to CD52, a glycoprotein encoded by the CD52 gene in humans, has been shown to be effective in the treatment of RRMS. Standard treatment consists of a cycle of 12 mg / day iv for 5 consecutive days, followed by a second cycle of the same dose for 3 consecutive days after one year. Despite its effectiveness, alemtuzumab-induced autoimmune thyroid events (AIATEs) are common side effects in this patient population.

The aim of the current study was to determine the clinical and biochemical characteristics of these AIATEs and what risk factors contribute to their occurrence, particularly fluctuating GD, an autoimmune disease that causes hyperthyroidism.

In this retrospective longitudinal study, the researchers analyzed the clinical and biochemical properties of AIATEs in patients with RRMS, as well as the risk factors for the occurrence of AIATEs, including fluctuating GD (F-GD).

A total of 57 patients with RRMS who were treated at a tertiary referral center in Italy from 2014 to 2020 were included. Patients had a mean age of 33 ± 9 years at their first treatment cycle and 74% were female. Alemtuzumab 12 mg / day was given for 5 consecutive days and then 3 days about 1 year later.

Analysis of the Receiver Operating Characteristic (ROC) curve with a cutoff of 7.3 IU / l for TRAb levels at the onset of thyrotoxicosis showed that the risk of developing a patient’s GD in F-GD with a sensitivity of 71, 4% can be predicted, a specificity of 100%, a positive predictive value of 100% and a negative predictive value of 94.8% (P = 0.0001, area under the curve 0.893).

The researchers noted that their TRAb cutoff value should be interpreted with caution as it was based on an analysis of 8 patients. Other limitations were the retrospective design of the study, and the researchers measured TRAb titers by quantifying the presence of immunoglobulins that bind to the thyroid stimulating hormone receptor rather than directly analyzing their biological activity.

“To the best of our knowledge, this is the first study to examine the value of routine determination of TRAb titers at the onset of alemtuzumab-induced GD in order to predict the onset of an F-GD phenotype and thus guide clinical decision-making and patient follow-up” the researchers concluded.

Up to date dementia coverage overview from Alzheimer Europe Group

Demyelinating plaques: a explanation for trigeminal neuralgia after MS 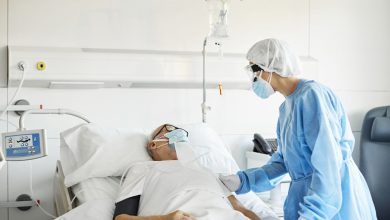 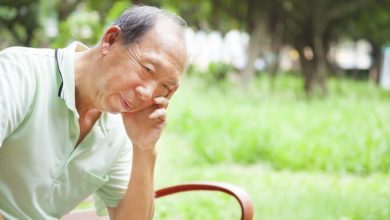