Testing for cardiovascular autonomic neuropathy (CAN), which manifests itself in patients with schizophrenia, may help detect early stages of cardiovascular disease (CVD) in these patients, according to a study published in the Nordic Journal of Psychiatry.

Researchers included 46 adult patients with schizophrenia for more than 10 years from an ongoing observational study they had age-matched (within 5 years) and gender-matched controls with no psychiatric illness or diabetes.

Researchers performed CAN assessments using the VagusTM handheld device, which records single lead electrocardiogram (EKG) traces that calculate heart rate variability (HRV). They asked participants to stop smoking, eating, and drinking caffeinated liquids at least 2 hours before recording the EKG in 3 cardiac reflex tests (CARTs). The tests they performed were responding to standing (RS) after standing still for 5 minutes, exhaling on inspiration (EI) after resting for 5 minutes and taking 6 deep breaths, and the Valsalva maneuver (VM), where exhaling forcibly was placed in a manometer at a pressure of 40 mmHG for 15 seconds.

HRV was defined as the ratio of the longest interval to the shortest interval between heartbeats and adjusted for age. The researchers obtained CAN scores (no, early, and manifest) by evaluating the results of CARTS.

Patients with schizophrenia had a significantly higher manifested CAN (39%) and early CAN (22%) than the group of healthy controls (6% and 9%, respectively, P <0.0001 for both sets of results).

In the sensitivity analysis, the researchers compared patients with schizophrenia who were not diagnosed with diabetes with the healthy controls and found similar results (37% versus 5% for controls, P <0.0001).

The limitations of the study included that the number of incomplete CARTs was higher in the schizophrenia group and that the control sample was not really generalizable.

Disclosure: A researcher is a co-inventor of the medical device VagusTM and has declared that it is part of Medicus Engineering. Two other researchers declared that they belonged to the pharmaceutical industry. For a full list of the authors’ information, see the original reference. 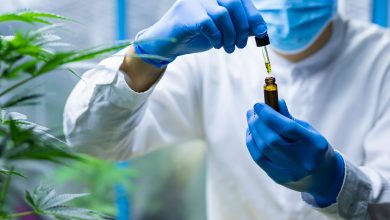