HealthDay News – More than half a million people have taken out health insurance through a special registration window for insurance plans under the Affordable Care Act (ACA), the White House said on Wednesday.

Officials said even more Americans will get on-line insurance, which will be available through August 15, as millions have been eligible for increased subsidies on their premiums as of April 1, the Associated Press reported.

As the number of uninsured increased during the COVID-19 pandemic, President Joe Biden reopened the ACA insurance markets. This was followed by the COVID-19 aid package, which increased insurance premium subsidies and increased the number of people who qualified for financial aid, the AP reported. These measures will be in effect by the end of 2022.

Consumers who were already enrolled earlier this year are also eligible for the increased financial assistance, but will have to go online or call to update their plan, the AP reported. On average, people could save $ 50 a month, the government said.

Registration numbers released Wednesday by the U.S. Centers for Medicare & Medicaid Services show that between February 15 and March 31, 528,005 people signed up for government-sponsored private insurance plans. However, these numbers only relate to the 36 states served by the HealthCare.gov federal insurance market. National enrollment will be higher later when adding totals for states like California and New York running their own insurance websites, the AP reported.

The new report also showed that more than 870,000 people who visited the HealthCare.gov website or turned to the call center were eligible for Medicaid, the state’s low-income health program. States with strong increases in enrollment included Florida, Texas, and North Carolina. Florida saw the largest increase with more than 146,000 registrations. 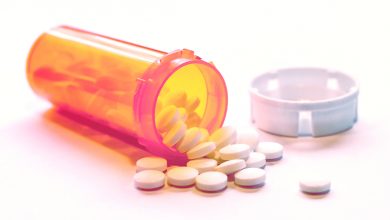