Only about one in four people have heard of Campylobacter, compared to 90 percent who are familiar with Salmonella. “Although the incidence of these two…gastrointestinal infections is amazingly high,” infecting more than a million Americans every year, “it is even outranked by the incidence of infection caused by extraintestinal pathogenic Escherichia coli (ExPEC)”—a bug even fewer people have likely heard of.

extraintestinal? That means outside of the intestines, as in causing bladder infections, and pathogenic, meaning disease-causing. Indeed, E. coli results in millions of infections annually. As I discuss in my video Friday Favorites: Urinary Tract Infections from Eating Chicken, “multiple lines of evidence indicate poultry as a major food animal reservoir for urinary tract infections”—that is, a source for the bacteria that cause UTIs in people. (You may recall I explored this several years ago, as discussed in my video Avoiding Chicken to Avoid Bladder Infections.) This is based not only on studies showing that blood infections, brain infections, and urinary tract infections in mouse models can be caused by these kinds of E. coli from commercial chicken meat and eggs, but also on studies of women with multidrug- resistant urinary tract infections reporting significantly more frequent consumption of retail chicken. Similarly, elderly consumers of chicken were significantly more likely to have Cipro-resistant bladder infections compared to those eating no chicken at all. Pork, but not beef, was also associated with increased risk, as you can see below and at 1:14 in my Video.

“There have been few observed associations between beef cattle or retail beef and human ExPEC, suggesting that beef cattle are not a reservoir for human ExPEC” (bladder infections), whereas, in chickens, of the up to 90 percent of chicken carcasses harboring E .coli, about one in five isolates tested had the potential to cause urinary tract infections.

What about eggs? We know retail chicken meat “is contaminated with ExPEC isolates that resemble the strains that cause human infections,” but what about retail chicken eggs? Instead of one in five being ExPEC in chicken meat, it was more like just 1 in 20 among eggs, which is closer to levels for pork or beef.

Researchers are so sure that chicken is the primary reservoir that when they find the same kind of strain in a vegetarian, they interpret that “as consistent with human-to-human transmission or errors in reporting of poultry consumption rather than human strains being derived from a source other than chicken.” Someone may claim to be vegetarian but actually eat some chicken, for instance, or perhaps there was human-to-human or even shopping-cart-to-human transmission. (See my How to Shop for, Handle, and Store Chicken video.) Most people fail to sanitize their hands after picking up a package of poultry in the grocery store, so the “bacteria potentially left on the cart could affect other shoppers….A shopper who is not purchasing poultry, or is purchasing poultry and is following safety precautions, could still be exposed to poultry contaminates via the cart.”

“It’s difficult to estimate how much ExPEC exchange can be attributed to person-to-person contact” after the rectum of a poultry consumer has been colonized. Researchers swabbed public restrooms to try to quantify the risk, collecting more than a thousand samples from 56 public restrooms in 33 establishments. As you can see in the graph below and at 3:07 in my Video, they found a lot of evidence of E. coli in general, but particularly in restrooms at public parks and fast-food joints—even more so than gas stations, which surprised me. What was really unexpected for me, though that women’s restrooms were worse than men’s!

Only about 1 percent of the samples the researchers took were positive for ExPEC bacteria, however, but they were recovered from sites that were not associated with toilets and were not visibly contaminated. So, one might come into contact with ExPEC bacteria with their bare hands after turning off a faucet after washing their hands, for example. In this way, the risk “could not be fully eliminated by careful hand washing or avoidance of fecal-appearing debris”—though it’s probably a good idea to avoid that anyway. Using hand sanitizers after exiting the restroom, not to mention in the meat aisle after touching a package of poultry, may offer additional protection.

What proportion of the seven million bladder infections—a common form of urinary tract infection (UTI)—every year in the United States is caused by chicken meat? “If no more chicken were consumed, how many E. coli UTIs would be prevented and how much would the prevalence decline?” It’s hard to tell because of the “time lag between the acquisition and asymptomatic colonization of the intestine with an ExPEC organism and the development of an infection.” You can eat some contaminated chicken today, but the UTI-causing ExPEC bacteria may hang out in your colon for months before making their way into your bladder and triggering an infection. The reason we know it can take that long is by studying the intestinal population dynamics of UTI-causing E. coli between partners. Increased rectum-to-rectum transfers “might be explained by the high levels of E. coli present in the urine of an infected woman, increasing the probability of transmission via direct contact.” That is, the E. coli could then be transferred to their partners, depending on certain intimate practices, such as cunnilingus.

The bottom line? There is “compelling evidence that retail meat, particularly poultry, serves as an important reservoir for human exposure to antibiotic-resistant E. coli that is causing UTIs. Thus, the term foodborne UTIs or FUTIs has been adopted to describe these infections.”

Certainly, we could decrease the burden of these foodborne bladder infections by developing some sort of ExPEC vaccine, but why not just reduce our contact with fresh or frozen poultry? No harm, no fowl.

hold on Who eats undercooked chicken? Typically, it’s a problem of cross-contamination, as I discuss in Food Poisoning Bacteria Cross Contamination.

These days, there is particular concern about antibiotic-resistant infections. lake Past the Age of Miracles: Facing a Post-Antibiotic Age other Friday Favorites: What About Kosher and Organic Chicken? to learn more about bacterial contamination.

Would buying organic be better? See my video Superbugs in Conventional vs. Organic Chicken.

What about treating UTIs? check out Can Cranberry Juice Treat Bladder Infections?.

The plant paradox of Dr. Gundry is mistaken 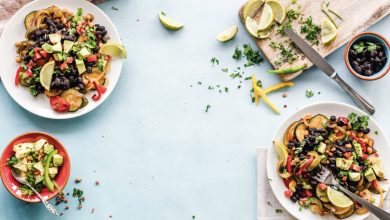 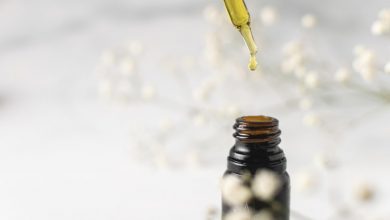 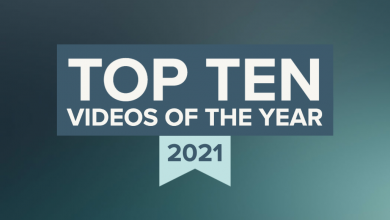