While food is essential in providing you with the energy you need, it’s common to feel tired and lethargic after you’ve eaten a delicious, hearty meal. Sometimes all you want to do is crash out in front of Netflix with a bowl of dessert, but some experts believe this is the best time to head out for a short walk.

According to a study from earlier this year, light-intensity walks after a meal can stabilize insulin and blood-sugar levels. Even a two-minute walk after eating was shown to have positive effects when compared to sitting down or standing after a meal.

Preventing blood sugar from spiking is important, even if you don’t live with insulin resistance or type 2 diabetes; it can lower the risk of diabetes and heart disease, and as studies show that blood sugar spikes within 90 minutes of eating, it’s probably best to start moving during this time.

Having high blood sugar can be different for everyone, but common symptoms can include feeling thirsty, tired, stressed and needing to go to the toilet. If you manage to reduce prolonged blood sugar after eating, you can reduce the frequency of these symptoms and improve your energy, cognitive (thinking) and athletic ability and overall mood.

Don’t just take our word for it though. Listen to a few of the experts we’ve spoken to about the merits of a short walk after eating.

Paula Chinchilla, a diabetes dietitian, says walking for 10 minutes after eating is definitely good advice. She tells Stylist: “By doing this, you prevent the glucose excursion after eating and help glucose levels to be more stable. A lot of people struggled with high glucose spikes after meals – mostly if they contain large amounts of carbohydrate or the meal is absorbed faster.”

Benefits of walking for exactly 10 minutes

Exercising too hard post-food can make you feel queasy

Well, firstly, if you exert yourself too much you might feel a bit sick afterwards and as you’re not supposed to do any intense exercise for two hours after eating, it’s best to avoid doing too much.

So, a light and short walk might be best – it’s also more attainable and sounds less onerous than a longer walk, which is good for motivation.

Doing too much can result in low blood glucose

Chinchilla adds: “I wouldn’t do a long walk or high-intensity activity (more than 10 minutes) as it may result in low blood glucose for people (type 1 diabetics) that use insulin. But people who are on oral medication or have pre-diabetes can still benefit from longer walks.”

And if you can’t get away for a short walk, Chinchilla recommends: “For people that are at home, you could do house cleaning tasks after meals as it also helps have the same effect.”

“A lifestyle that creates a stable blood-sugar balance for as much of the time as possible is optimal. A simple lifestyle intervention to help achieve this is to take a short walk after a meal. The light walking allows the muscles to engage more actively and the muscles in turn soak up some of the extra glucose from the meal, resulting in lower blood-sugar levels after eating. The effect is that instead of a sharp rise and a ‘crash’ in blood sugar levels, they will more gradually rise and fall – this is easier for the body to cope with.”

Like Chinchilla, Forbes says that you shouldn’t overdo it after eating.

She says: “Standing after eating has its benefits too, but it’s not as significant as walking due to the increased use of the muscles. It is important to note, however, that speed-walking or more vigorous exercise is not recommended straight after eating as this can interfere with digestion, hence we say that we need to ‘rest and digest’. The walk should ideally be within an hour and a half of eating to derive the benefits to the blood sugar level. The research suggests that an optimal duration of time to walk after eating is 10-15 minutes, but even a few minutes confers significant benefit.”

As we’re advised to get between 30 to 45 minutes of exercise a day, a walk after every meal (ie 15 minutes three times a day) can help achieve our cardio goals and has the added benefit of lowering blood sugar.

If you then supplement that with muscle workouts two days a week, then voila – you’ve got an active lifestyle that will help you stay fit and get stronger. 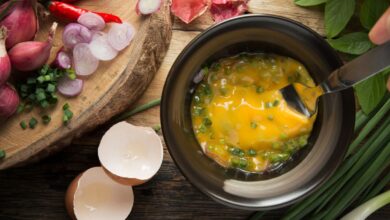 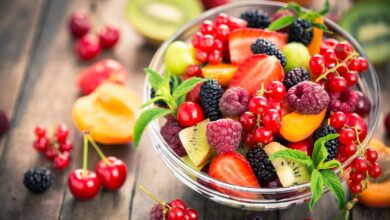 Fruits for breakfast or not? Know what an Ayurvedic gut health expert says 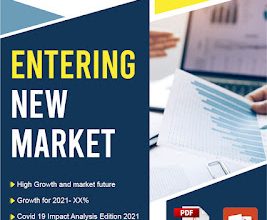 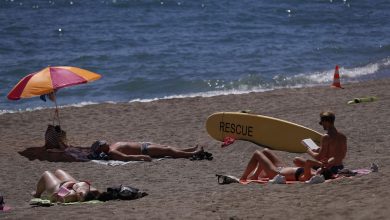 Health: Want to repair your cells? Take them on vacation | science & tech