The prevalence of neurodegenerative disorders has increased over the past several decades for several reasons. Age is a major risk factor; however, the increased rate of these disorders is also related to cognitive impairment in the absence of obvious neurodegeneration.

A new Frontiers in Human Neuroscience review paper describes alterations at the molecular and cellular levels, as well as within the neuronal network, that underlying brain aging in otherwise healthy elderly adults.

Neurodegenerative disorders like Alzheimer’s disease, Parkinson’s disease, and stroke are most common among those over the age of 55. Aging is a primary risk factor for decreased mental agility and vigor, as well as for age-related cognitive decline in individuals with apparently normal aging brains.

The aim of the current study by University of Amsterdam researchers is to distinguish normal aging from neural aging using both neurobiological and neuropsychological markers. In normal aging, older adults continue to enjoy mental well-being, even as they suffer some loss of physical and cognitive function. Conversely, with neural aging, functional ability and competence that are necessary for mental wellbeing are not developed or maintained successfully.

The current decade has been referred to as ‘the decade of healthy aging’ by the World Health Organization (WHO), thus indicating the great value placed on protecting the physical and mental wellbeing of the elderly. This remains even more important considering that people over the age of 65 account for over 25% of Western populations today.

The normal body consists of a wide range of cellular and molecular mechanisms that are responsible for ensuring survival over the short term, including choosing reproduction over longevity. As more injuries accumulate, these mechanisms become progressively dysregulated, thereby allowing functional degeneration to occur.

The most specialized cells in the body are neurons. However, these cells are associated with an increased risk of degeneration with age that is in place to limit the energetic costs of repairing and maintaining neurons beyond a certain point of injury. For instance, accumulated DNA damage can cause errors in the transcription and translation of proteins to allow damaged cells to die when necessary.

The brain is a vital link between external and internal challenges to the state of the organism. Moreover, the brain acts as a ‘master coordinator of actions’ that can achieve favorable states while avoiding unfavorable ones.

The brain is also responsible for memory, decision making, perception-action selection, planning and keeping a balance between exploitation and exploration, maintaining rule-based behaviors through flexibility, as well as speed and accuracy of responses. Taken together, these two functions of the brain demonstrate the association that exists between errors in brain function and structure, and mental dysfunction.

Mitochondria, for example, are primarily responsible for energy homeostasis at the cellular level. Thus, dysfunction of this organelle affects a wide range of metabolic processes that involve glucose, calcium ions, key enzymes, and molecules, as well as antioxidant mechanisms to mitigate the effects of oxidative stress, DNA damage, and deactivation of reactive oxygen species (ROS ).

Abnormal metabolites, as well as dysfunctional proteins and mitochondria, can accumulate within neurons. This occurs as a result of an imbalance between oxidative stress and antioxidant defenses, as well as an impaired waste disposal system due to aged lysosomes and proteasomes.

Microglia often exhibit impaired and slower brain injury responses with age. Inflammaging, which is a chronic state of mild inflammation with aging neurons, is another aspect of neural aging.

These various aspects of aging cause neurons to become more susceptible to functional impairment while neuronal defenses simultaneously weaken. The resulting cognitive and functional changes vary between individuals depending on the specific challenges posed by their environments and the capacity of their defense systems.

Within the hippocampus, such loss of plasticity, especially with stress, accelerates age-related cognitive decline. Meanwhile, areas like the default mode network (DMN) that are suppressed during specific tasks escape such deactivation in the aging brain.

Simultaneously, the prefrontal cortex becomes more active during tasks, which is a phenomenon known as compensatory recruitment that is particularly vulnerable to damage.

This pattern has been linked to behavioral shifts, such as increased exploitative behaviors over explorative behaviors with advancing age. Overall, neural dysfunction is linked to impaired neuroplasticity, which provides a link between individual neuron and neuronal network failures in aging.

Can neural aging be prevented?

The scientists of the current study also explored the promising anti-neural aging effects of several interventions aimed at normalizing metabolic parameters in the elderly. These include calorie restriction and exercise and can also involve addressing other risk factors such as reducing stress and improving sleep, as well as enhancing the quality of the gut microbiome.

A diet rich in antioxidants and beneficial fats may protect against accumulated damage, while diets high in sugar and saturated fat may aggravate such damage. Intermittent fasting appears to ameliorate such damage in experimental animals by enhancing the biogenesis of neuronal mitochondria and reducing the impact of oxidative stress on these organelles. A diet that promotes a healthy gut microbiome could also help preserve neuronal health.

Calorie restriction and exercise act through different pathways to enhance neuronal recovery during rest and sleep, as well as increase neuroplasticity and stress resistance. Earlier research in humans has indicated that exercise improves hippocampal structure and function while also reducing cognitive impairment.

Sleep acts in multiple ways to protect the brain against neurodegeneration, especially in the hippocampus. To this end, sleep enhances neuronal repair and immune responses while simultaneously eliminating waste products such as amyloid plaques.

Stress, loneliness, and inflammation are closely linked and may be mitigated by appropriate measures to reduce stress.

Pharmacological interventions have also been described in experimental animals, with certain agents such as ergothioneine that have been approved as supplements. Perhaps these drugs may reduce the rate of cognitive decline; however, more research is required.

Meanwhile, learning new skills increases the size of the hippocampus. However, its effect on general cognition is controversial and must be further studied.

Multiple biological and molecular changes are associated with neuronal aging. These include metabolic shifts, oxidative stress, DNA damage, inflammation, and impaired regulation of calcium. These processes form an interrelated network that causes brain plasticity to decline, with a corresponding decrease in cognitive function.

Mitochondrial dysfunction, once exceeding a certain threshold, may begin to show a decline, and then pull along other hallmarks of neural aging in its ”fall”, thus triggering a cascade that may at some point also incur a decline of cognitive functions supported by neural ensembles and networks.”

The researchers suggest that the mitochondrial cascade model of Alzheimer’s disease may apply to normal aging as well.

The underlying mechanism by which neural aging occurs cannot be explained by a single neurobiological factor. Instead, these densely connected factors appear to affect one another.

We speculate that a decline in one hallmark of neural aging may trigger a decline in other, otherwise thus far stable subsystems, thereby triggering a cascade that may at some point also incur a decline of cognitive functions and mental well-being.”

Further research is needed to understand the overall network of aging-related changes at all levels. Future studies should also be directed to provide support for interventions that can prevent these changes from occurring, thereby ameliorating cognitive decline while increasing mental fragility related to aging. 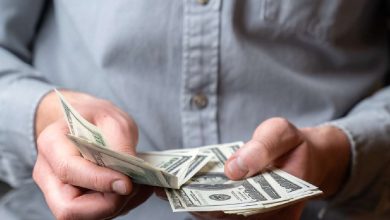 5 Ways To Save Money, Lose Weight, And Get Healthier Even With Rapid Inflation 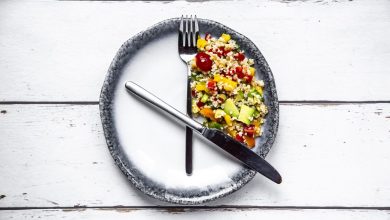 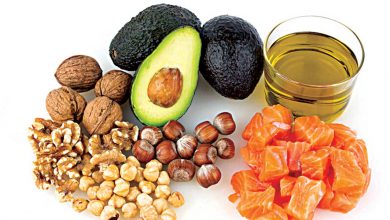