Texas Attorney General Ken Paxton speaks during a news conference after the US Supreme Court heard oral arguments in President Joe Biden’s bid to respind a Trump-era immigration policy that forced migrants to stay in Mexico to await US hearings on their asylum claims, in Washington, US, April 26, 2022.

Texas on Thursday asked a federal court to block the Biden administration’s requirement that physicians and hospitals provide abortions in medical emergencies.

Texas Attorney General Ken Paxton, in a lawsuit filed in the US District Court for the Northern District of Texas, argued that federal law does not confer a right to an abortion.

The lawsuit comes three days after Health and Human Services Secretary Xavier Becerra warned hospitals and physicians that they are required to provide abortions in medical emergencies where it is necessary treatment to protect the life of a pregnant woman. Becerra said hospitals and physicians who refuse to comply could have their Medicare provider agreements terminated and face financial penalties.

Becerra said the Emergency Medical Treatment and Active Labor Act preempts state laws that restrict abortion access in emergency situations. But Paxton said the law does not mandate any specific treatment, arguing that the HHS requirement is unlawful, unconstitutional and unenforceable.

Abortion became illegal in Texas under a law from 1925 after the US Supreme Court overturned Roe v. Wade last month, which protected access to the procedure as a constitutional right for nearly 50 years. The ban is enforced right now through fines and lawsuits.

Texas has another law, passed in 2021, that will go into effect in the coming weeks which makes performing an abortion a felony punishable by up to life in prison. The ban makes an exception if a licensed physician determines that the woman faces a life-threatening physical condition.

President Joe Biden issued an executive order last week directing HHS to take action to protect access to abortion. Becerra’s warning that physicians and hospitals are required to provide abortions in medical emergencies is the most concrete step the administration has taken so far to protect access to the procedure.

At least nine states have banned abortion in the wake of the Supreme Court’s ruling. Several other states have tried to ban the procedure but their laws have been blocked by state courts.

Although most of the state abortion bans make exceptions for when the woman’s life is in danger, US health officials worry that wary doctors could wait too long to treat ectopic pregnancies and complications from miscarriages while awaiting legal guidance. 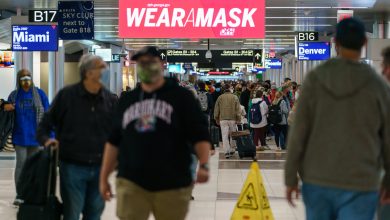 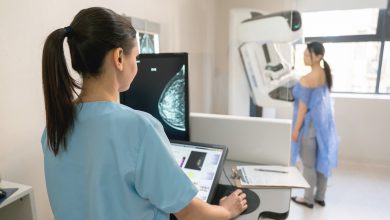 Preventive Care May Be Free, but Follow-Up Diagnostic Tests Can Bring Big Bills

According to Biden, 90% of adults in the US will be eligible for Covid shots with locations within five miles of home by April 19