Are the effects of tea tree oil anti-fungal or merely anti-inflammatory?

Our entire understanding of the cause of dandruff shifted with a landmark article published in 1984. Instead of relying on secondary sources, reviews, editorials, and opinion pieces, the author looked at the primary literature, the original studies. He was “amazed to find out how overwhelming was the evidence of aetiology,” the true cause of dandruff, “and how it had been ignored because it was so well buried under the mountain of error since Malassez (1874)” put forth a bogus theory. We now know that dandruff is triggered by a fungus that lives and feeds on the human scalp. There are the two major implications: First, how “alarming” is it that a bogus theory can remain unchallenged in the medical literature for a century despite evidence to the contrary? Second, if it’s a fungus, what about trying tea tree oil, which contains components that have anti-fungal activity against a range of fungi.

As I discuss in my video Does Tea Tree Oil Work for Dandruff and Athlete’s Foot?the latter was an idea based on studies that found that tea tree oil in a petri dish can fight off pathogenic skin fungi, as you can see below and at 1:07 in my Video. You don’t know if it works for dandruff, though, until you put it to the test.

One hundred twenty-six men and women were randomized either to daily use of a 5 percent tea tree oil shampoo or a placebo for a month. As you can see below and at 1:22 in my Video, the placebo worked a little bit, decreasing dandruff severity by about 10 percent, but the tea tree oil shampoo worked better, decreasing dandruff severity by about 40 percent. In the tea tree oil group, “only one patient actually achieved a complete response, as did one patient in the placebo group. Thus, it appears that 5% tea tree shampoo would require ongoing application for control of dandruff.”

Speaking of fungus, what about tea tree oil in the treatment of athlete’s foot? That may actually be our most common fungal skin infection, affecting up to one in ten. About a hundred patients were randomized into one of three groups: a 10 percent tea tree oil cream, Tinactin (an antifungal drug), or a placebo cream. After one month, the fungus was wiped out in 85 percent of the drug group, but only about a quarter of the placebo and tea tree oil groups were cured, as you can see below and at 2:31 in my Video. This is somewhat surprising, since tea tree oil can kill off the fungus in a petri dish, but apparently not on toes.

This reminds me of some of the oral health data on tea tree oil. Studies have shown it can wipe out some oral pathogens in a petri dish, but what happens if you have people swish a tea tree oil solution around in their mouth, compared with placebo and swishing with a medicated chlorhexidine mouthwash? After four days without brushing their teeth, as with the placebo, the tea tree oil had no effect on dental plaque buildup, while swishing with the medicated mouthwash kept the plaque at bay a bit, as you can see below and at 2:56 in my Video.

So, if tea tree oil doesn’t influence the amount of plaque, it presumably wouldn’t help with gingivitis, the gum inflammation that’s caused by plaque buildup. But, no, here’s the twist. True, there is no reduction in plaque with a 2.5 percent tea tree oil gel, yet there is a significant reduction in gingivitis scores. “Since decreased gingival [gum] inflammation occurred…without a concomitant decrease in plaque scores, its mechanism of activity could have been anti-inflammatory rather than antibacterial.”

Might the same thing be happening in that athlete’s foot study I mentioned earlier? From a mycological cure standpoint—that is, a fungal cure standpoint—tea tree oil didn’t really do any better than placebo. And, although the drug treatment wiped out the fungus in 85 percent of cases, some of those patients didn’t actually notice an improvement in symptoms or even felt worse after using the drug, “probably a reflection of the minor irritant side effect” of Tinactin. If, instead of mycological cure, you looked at symptom improvement, tea tree oil works as well as the drug, as you can see below and at 4:14 in my Video. “This may be the basis for the popular use of tea tree oil in the treatment of tinea pedis,” athlete’s foot. People should realize, though, that it’s just symptomatic relief, and they’re not necessarily eliminating the underlying cause. Of course, it “is possible that a higher concentration of tea tree oil would have better antifungal properties and even better efficacy in the treatment of tinea pedis.”

And, indeed, instead of using a 10 percent tea tree oil cream, if you use one that’s 25 or 50 percent tea tree oil solution, you can get mycological cure rates above that of placebo, though still not as good as the drug. At those high concentrations, however, some of the patients “applying tea tree oil developed moderate to severe dermatitis,” breaking out in a rash. But, if you have a patient who doesn’t want to use the medicated creams, then a 25 percent tea tree oil application has a decent chance of knocking out their athlete’s foot without being too risky, though the standard over-the-counter antifungal creams may work even better.

Can’t get enough about tea tree oil? Then watch:

For those interested in Flashback Friday: What’s the Best Mouthwash?click the link to learn more.

You may also be interested in Natural Treatment for Acne and Fungal Infections. I’ve produced videos on another inflammatory skin condition, eczema (atopic dermatitis), too. lake Eczema Treatment with Coconut Oil, Mineral Oil vs. Vaseline other Best Foods to Avoid for Eczema. 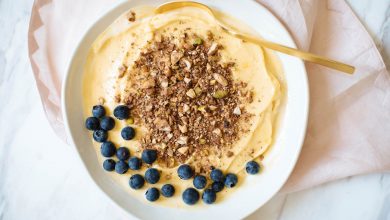 How to Make a Smoothie Bowl With The Best Toppings 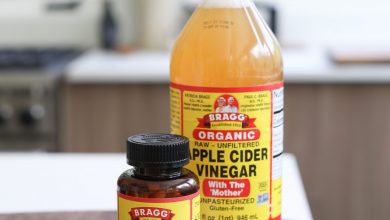 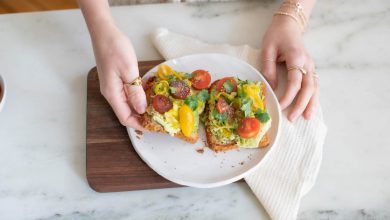 Do you think about food all the time? Here’s why and how you can fix it