The sweet taste of sugar, the energy intake and the regulatory process of hunger and satiety.

The sweet taste of sugar is very popular around the world. In Austria and Germany, the annual intake per person is around 33 and 34 kilograms, respectively. Sugar is therefore playing an increasingly important role in the diet and health of the population, especially with regard to body weight. Little is known, however, about the molecular (taste) mechanisms of sugar, which influence food intake regardless of its caloric load.

“We have therefore investigated the role of the activation of the sweet taste receptor in regulating the feeling of satiety,” says Veronika Somoza, Deputy Head of the Department of Physiological Chemistry at the University of Vienna and Director of the Leibniz Institute for Biology of Food Systems at the Technical University Munich.

To this end, the scientists conducted a blinded cross-over intervention study with glucose and sucrose. A total of 27 healthy male persons between the ages of 18 and 45 years received either a 10 percent glucose or sucrose solution (percent by weight) or one of the sugar solutions supplemented with 60 ppm lactisol. Lactisol is a substance that binds to a subunit of the sweet receptor and reduces the perception of the sweet taste. Despite different types of sugar, all solutions with or without lactisol had the same energy content.

Two hours after drinking each of the test solutions, participants were allowed to have as much breakfast as they wanted. Shortly before and during the 120-minute wait, the researchers took blood samples at regular intervals and measured their body temperature.

After consuming the lactisol-containing sucrose solution, the test subjects had an increased energy intake from breakfast of about 13 percent, about 100 kilocalories more than after drinking the sucrose solution without lactisol. In addition, the subjects in this group showed a lower body temperature and a decreased one plasma Serotonin concentrations. Serotonin is a neurotransmitter and tissue hormone that, among other things, has an appetite suppressant effect. In contrast, the researchers observed no differences after administration of the lactisol-containing glucose solution and the pure glucose solution.

“This result suggests that, regardless of its energy content, sucrose modulates the regulation of satiety and energy intake via the sweet taste receptor,” says Barbara Lieder, head of the Christian Doppler Laboratory for Taste Research and deputy head of the Department of Physiological Chemistry Faculty of Chemistry at the University of Vienna.

The first study author of the study, Kerstin Schweiger, University of Vienna, adds: “We don’t yet know why we couldn’t observe the lactisol effect with glucose. However, we suspect that glucose and sucrose activate the sweet receptor in different ways. We also assume that mechanisms independent of the sweet receptor play a role. “

“So a lot of research is still required to clarify the complex relationships between sugar consumption, taste receptors and satiety regulation at the molecular level,” says Veronika Somoza. Especially since sweet receptors can also be found in the digestive tract and little is known about their function there. The first steps have nevertheless been taken. 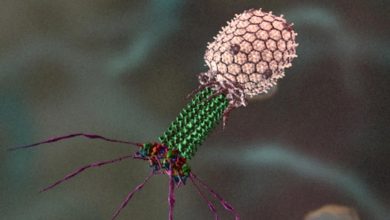