The results of the study were published in the British Journal of Sports Medicine.
Both physical inactivity and poor sleep are independently linked to an increased risk of death and / or cardiovascular disease and cancer. However, it is not clear whether they could have a combined health effect.
To investigate this further, the researchers drew on information from 380,055 middle-aged men and women (mean age 55) who participated in the UK biobank study. The UK Biobank tracks the long-term health of more than half a million 37-73 year olds recruited from across the UK between 2006 and 2010.
Participants provided information on their normal weekly physical activity levels measured in minutes of metabolic task equivalent (MET). These roughly correspond to the amount of energy (calories) consumed per minute of physical activity.
For example, 600 MET minutes per week is equivalent to 150 minutes of moderate activity or more than 75 minutes of vigorous physical activity per week.
Physical activity was categorized as follows: high (1200 or more MET minutes / week); medium (600 to less than 1200); or low (1 to less than 600); and no moderate to vigorous physical activity as per World Health Organization guidelines.
Sleep quality was categorized using a 0-5 sleep score derived from the chronotype (preference “night owl” or “morning lark”), duration of sleep, insomnia, snoring and daytime sleepiness: healthy (4+); Intermediate (2-3); or bad (0-1).
A dozen combinations of physical activity and sleep patterns were derived from the information provided.
Participants’ health was then tracked for an average of 11 years through May 2020 or death (whichever comes first) to assess their risk of dying from any cause as well as all types of cardiovascular disease; coronary heart desease; Stroke; all kinds of cancer; and lung cancer.
During the observation period, 15,503 of them died: 4095 were from all types of cardiovascular disease and 9064 from all types of cancer.
Of these, 1932 died of coronary artery disease, 359 of a stroke with cerebral haemorrhage (hemorrhagic), 450 of a stroke (ischemic blood clot) and 1595 of lung cancer.
Approximately 223,445 (59 percent) participants were in the high physical activity group; 57,771 (15 percent) in the middle group; 39,298 (10 percent) in the lower group; and 59,541 (16 percent) in the no moderate to vigorous physical activity group.
More than half (56 percent) of the participants had healthy sleep patterns; 42 percent were classified as medium-quality sleeping pills and 3 percent as poor sleepers. (Numbers are rounded up.)
Those who were younger, female, leaner, financially better off, ate more fruits and vegetables, spent less time sitting, had no mental health problems, never smoked, did not work shifts, drank less alcohol, and were more physically active and had healthier sleep values .
The lower the sleep score, the higher the risk of dying from any cause, from all types of cardiovascular disease and ischemic stroke.
Compared to those with the combination of high physical activity + healthy sleep, those at the other end of the scale with the combination of no moderate to heavy physical activity + poor sleep had the highest risk of death from any cause (57 percent higher). ).
They also had the highest risk of death from any type of cardiovascular disease (67 percent higher), any cancer (45 percent higher), and lung cancer (91 percent higher).
Less physical activity increased the unfavorable associations between poor sleep and all health consequences except stroke.
This is an observational study and as such cannot establish causality, the researchers admit. The study was also based on self-reported data, and the most important information on sleep patterns and physical activity was only collected at one point in time and potential influencing factors such as job type and household size were excluded.
Still, the researchers concluded: “Physical activity levels at or above the WHO threshold (600 metabolic equivalents task min / week) eliminated most of the deleterious associations of poor sleep and mortality.”
The results add weight to efforts to target both physical activity and sleep quality to improve health, they said.
“As new evidence suggests a synergistic effect of sleep and [physical activity] on health outcomes, future studies targeting both behaviors at the same time are warranted, “they added. (ANI) 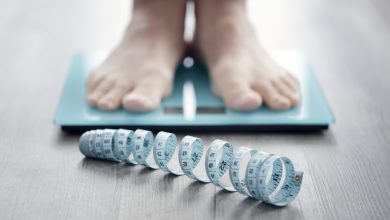 What does it mean to have thin fat?