Few infants sensitized to egg had to completely avoid egg consumption, with most able to eat an entire scrambled egg after completing stepwise oral food challenges, according to a letter published in Pediatric Allergy and Immunology.

Starting from a low dose, stepwise OFCs appear to be safe and effective for introducing egg and determining safe ingestion doses for infants, Masatoshi Mitomori, of the department of pediatrics at National Hospital Organization Sagamihara National Hospital in Kanagawa, Japan, and colleagues wrote in the study. Although data have shown that stepwise OFCs are safe and effective for patients with suspected egg allergy, previous studies have not evaluated these OFCs among infants who had not yet consumed egg.

The researchers retrospectively examined 87 infants who did not have any history of previous egg consumption but who were diagnosed with egg sensitization after blood tests revealed egg white-specific IgE (EW-sIgE) levels greater than 0.1 kUA/L.

These infants then participated in stepwise OFCs.

Of the 58 infants who passed the high-dose OFC, 32 participated in the full-dose OFC of a full scrambled egg with 6,591.5 mg of egg protein and 26 were instructed to increase egg consumption at home from up to one heated egg. Two of these 58 infants failed the full dose OFC.

Overall, 56 of the 87 (64%) egg-sensitized infants did not have any allergic reaction to egg.

Twelve (14%) of the infants sensitized to egg needed to continue avoiding egg consumption completely. Probability curves, meanwhile, indicated that more than half of the egg-sensitized infants would pass a full-dose OFC even with EW-sIgE levels exceeding 100 kUA/L.

Six of the infants in the study had EW-sIgE levels exceeding 100 kUA/L, with one also surpassing 100 kUA/L in ovomucoid sIgE levels. Five of these infants were able to ingest a full scrambled egg.

None of the infants who passed the medium-dose or full-dose OFCs experienced any severe symptoms, but one infant received intramuscular adrenaline due to vomiting and a pale face during the low-dose OFC. Also, one infant developed a barking cough during the high-dose OFC.

With most of these infants able to ingest a full scrambled egg, even with relatively high levels of EW-sIgE, the researchers concluded that stepwise OFCs appeared beneficial for infants sensitized to egg due to the low rate of positive reactions and their ability to clarify thresholds for safe ingestion.

This was a study of egg-sensitized infants who underwent stepwise OFCs to various forms of egg. It is important to note that these infants were tested for egg allergy or another food allergy, but they had never introduced egg into their own diet.

The key focus of the authors is the safety and utility of stepwise OFCs in this population. It is important to remember that sensitized (presence of IgE or positive skin test) does not mean allergic (would have a reaction with ingestion). In fact, allergy testing has a very high rate of false positives, and this number is even higher among children with eczema.

Further, current testing is even less helpful at predicting who will tolerate baked egg. However, children with eczema or another food allergy are at higher risk for an egg allergy. So, this study provides important information about one potential way to evaluate this population.

This highlights the importance of being thoughtful about performing allergy tests on foods that have not caused a reaction and also about utilizing early baked egg food challenges for infants found to be sensitized without a reaction history. As the authors noted, baked egg introduction has been shown to decrease the time to allergy resolution and improve quality of life.

Overall, the OFCs were well tolerated. Reactions did occur, and allergists should be comfortable performing OFCs with infants or place a rapid referral to someone who has this expertise. For some patients, it may also be a reasonable option to gradually increase the amount of baked egg in their diet at home after the initial OFC.

In our practice, we discuss the risks and benefits of OFCs with each individual family so that shared decision-making can be used to determine the best timing of the challenge for their child.

This study highlights that most infants who are egg-sensitized without an egg ingestion history do not need to completely avoid all egg. Additional research is needed to develop better tests that can differentiate who could tolerate baked egg without the need for an OFC.

This is an interesting study that shows more egg-sensitized children should be able to tolerate eggs based on an OFC than one would originally think.

As a general pediatrician, I do not perform OFCs in my office. I refer many children with suspected food allergies to an allergist who then conducts OFCs. I will continue to monitor how my patients do through the feedback I get from the referral to the allergist and what was performed there.

As a pediatrician, I can use these findings to counsel my patients and their families on what to expect in terms of going through an OFC and what the recommendations may be by the allergist. This is also a good way to inform parents that the OFC will provide the best information about their child’s allergies to food at the time of exposure (ie, during the OFC).

It would be interesting to see how food allergies progress in children after their initial OFC and subsequent challenges as well as the continuation or disappearance of food allergies over time.

These findings are important to the field of allergy and especially important to pediatricians and parents, but they are not particularly surprising. We have known that sensitization tests are not sufficient to diagnose an allergy and that OFCs can be conducted safely, even in very young children.

Still, there is a lot of fear around OFCs. Many children are being diagnosed with food allergies based on sensitization tests alone, which means there are probably many families doing significant work to avoid foods, even though it is not necessary. Hopefully, these findings will give parents and clinicians confidence in OFCs.

I often have children referred to me after positive sensitization tests, many of whom were told to completely avoid that food, who do not have a food allergy. It is always a relief for parents who no longer must carefully avoid certain foods.

OFCs are an important part of diagnosing a food allergy. This study found that stepwise egg OFCs are very safe, even in infants. This is consistent with what I see in my practice.

These findings illustrate the importance of not removing foods from an infant’s diet based on sensitization tests alone. Over half of the infants in the study did not have an egg allergy at all, but we know that sensitized infants who delay introduction of allergenic foods are more likely to develop food allergies.

An accurate food allergy diagnosis is important to ensure that children are not unnecessarily avoiding foods. It is also much harder for families to stay free of eggs or other allergens, so this is a significant burden to put on parents when it may not be necessary.

Next, perhaps researchers can investigate whether a similar protocol could be applied to milk. 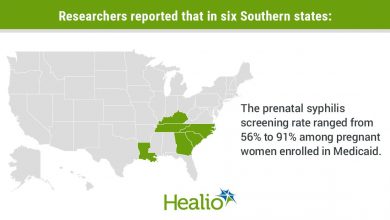 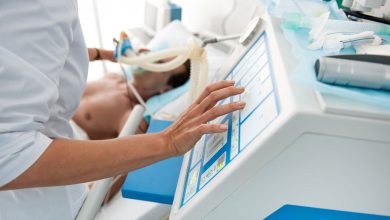 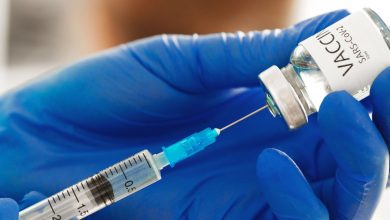