People walk at a pedestrian crossing along Orchard Road shopping district in Singapore on September 9, 2021.

The country’s health system and workers have been strained by the increase in cases, and transmission needs to be slowed down to avoid more infections in vulnerable groups such as the elderly, the Ministry of Health said on Friday as more stringent measures were announced.

Over the next four weeks, the group size for social gatherings will be reduced from five to two people, and work from home will be the default.

Still, medical experts told CNBC that the latest wave of the virus may not be a bad thing given that Singapore’s population is highly vaccinated.

According to Teo Yik-Ying, dean of the Saw Swee Hock School of Public Health at the National University of Singapore, many of the patients with Covid-19 have avoided serious illness and will receive further protection from future infections as antibodies fight the virus.

Around 82% of the population of Singapore have received two doses of a Covid vaccine. Health officials said on Sunday that 98% of those infected had no or mild symptoms in the past 28 days.

Case numbers may remain high for a few months, but the “vast majority” are well protected by the vaccines and will not get seriously ill, Teo said.

“For these people, infection has no short- or long-term health consequences, but can also trigger a natural immune response that reduces the likelihood of later infection,” he said in an email.

It is “not necessarily a bad thing” to let the virus pass through the population slowly, said Ooi Eng Eong, a professor in the Duke-NUS Medical School’s emerging infectious diseases program.

The two main vaccines used in Singapore are developed by Pfizer-BioNTech or Moderna and both use messenger RNA technology.

mRNA vaccines instruct the body to produce a protein called spike, which is found on the surface of the virus that causes Covid-19. It’s harmless, but it stimulates the immune system to make antibodies so the body can fight infections better when exposed to the real virus.

“When we get a natural infection, our immune system can recognize a larger part of the virus,” as opposed to just the spike protein, Ooi said, adding that it could make a person more resistant to future variants.

He said Singapore could reap the benefits of a natural infection seen in some parts of Europe and North America, but in reverse order.

“Those [countries] which had high disease rates last year, is paying the price “for higher death rates,” he told CNBC.

When asked whether widespread transmission of Covid could lead to the emergence of new variants, Ooi admitted that it was difficult to predict what will happen.

However, he pointed out that future varieties will have to compete with the “highly transmissible” Delta variety, the world’s dominant variety.

There were also concerns about mu, a new interesting variant that failed to take off because Delta was too strong, he said.

“But I think it’s still wise to be prepared that at some point something better than Delta might emerge, or that the new variant might escape the immunity created by vaccination,” Ooi said.

The number of serious Covid cases remains in line with expectations, according to the Singapore Ministry of Health.

The two professors who spoke to CNBC were split on whether new restrictions were needed.

Ooi said the current virus wave was “within the limits” of Singapore’s capacity. The new restrictions are “unnecessary” and will slow down efforts to live with the disease, he added.

While Teo agreed that the situation will not worsen, he said tightened measures are needed to give Singapore “air to breathe” to make adjustments to operations and hospital protocols.

Hospital beds are filling up because of the country’s “very cautious” approach, not because so many people are in need of acute medical care, Teo said.

The long-term plan against Covid is a combination of vaccination and natural infection to provide protection without overwhelming hospitals, he said, adding that he did not anticipate an increase in the death rate, but it did see an increase in the absolute numbers calculate.

As of Sunday, Singapore reported 87,892 Covid cases and 78 deaths since the pandemic began. 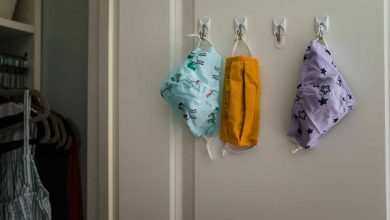 Ask KHN-PolitiFact: Is My Cloth Mask Good Enough to Face the Delta Variant? 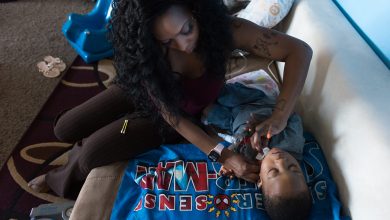 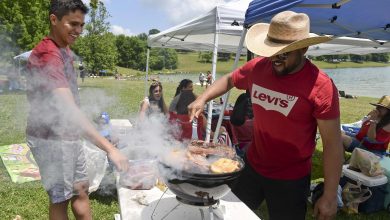 The risk of Covid is low for most Americans to gather on the weekend of July 4th, says Gottlieb 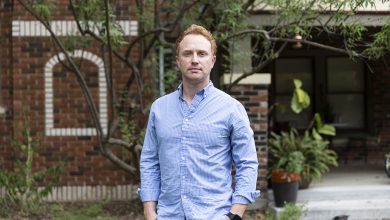