The complex relationship between inflammation and obesity has long puzzled scientists. In a recent study of a drug for reused heart disease and obese mice, researchers at Spain’s National Cancer Research Center (CNIO) found new evidence of how the two are linked.

In laboratory tests, the overweight rodents treated with the drug had a 40% weight loss despite continuing their unhealthy diet. As a bonus, they were also cured of metabolic disorders related to the condition.

Five years ago, the same CNIO team made an exciting discovery when studying the relationship between inflammation and liver cancer in mice – they found the mice were losing weight. The scientists suspected that a molecule called interleukin 17A (IL-17A), which causes inflammation, could be responsible. So they turned to a drug known as digoxin, which inhibits the activity of IL-17A.

Digoxin is already used to treat various heart conditions. However, the effects on body weight had never been observed before. The team conducted experiments to see if using the drug to suppress IL-17A activity in mice could result in weight loss.

The CNIO scientists treated obese mice on a high-calorie diet with digoxin, which reduced their IL-17A production. Surprisingly, the mice showed activation of the basic metabolism as they continued to eat unhealthy foods, resulting in fat burning and obesity completely reversed. Soon the obese mice were given the same weight as health control mice on a regular diet, with no adverse side effects.

The experiments showed that IL-17A acts directly on adipose tissue to eradicate obesity and potentially leads to metabolic changes that are synonymous with related diseases such as cardiovascular disease, high blood pressure and type 2 diabetes. “If you block the production of IL-17A or the signaling pathway that this molecule activates, you won’t be obese,” said Nabil Djouder, the research team leader.

Fat cells in an overweight mouse (left) and a digoxin-treated mouse (right) – where improved fat burning can be observed. (Image credit: CNIO)

It is tempting to suggest that obese patients could take digoxin for short periods of time until weight loss stabilizes and then eat healthily. The drug could also be indicated in obesity-related conditions such as hypercholesterolemia, liver steatosis, and type 2 diabetes.

This discovery is exciting and promising. However, these effects of digoxin have so far only been observed in mice; Hence, much more research is needed to verify its true potential in humans. Overall, the study sheds light on digoxin’s weight loss potential, how inflammation and obesity are related, and how both can be studied and used specifically for better health outcomes.

Thanks to this study, we know that weight loss and systemic metabolic changes are controlled by a unique molecular mechanism, IL-17A, which acts directly on adipocytes, changing their genetic profile and response to excess nutrients.

The CNIO team published the research in the journal Nature Metabolism. 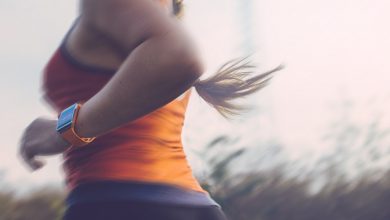