Venerable Thich Tam Tien is a Buddhist monk from Vietnam and a Robert HN Ho Family Foundation Scholar at Harvard University. He holds a BA in Buddhist studies from International Buddhist College, Thailand as well as an MA in Contemplative Religions from Naropa University, Colorado.

On 16 March, Ven. Tien offered a day-long retreat, immersing participants into Buddhist practice, and bringing together students and faculty with practitioners from local Buddhist temples. Buddhistdoor Global spoke to Venerable Tien about the day.

Buddhistdoor Global: Can you describe the project and why you created this retreat?

Venerable Thich Tam Tien: The idea is to bring practice to Harvard Divinity School (HDS). I think at HDS we focus more on academic research. I think there is a lack of practice. Different traditions have different practices. There is a noon service, but I think that is not enough—maybe I am craving for practice, so that is the main idea.

I really like to organize retreats for people. I usually go around to different temples in the Boston area to teach and to lead one-day practices, but I don’t have a temple here, so HDS is a place where I can gather people.

When you talk about a temple in the Boston area you only reach a certain group of people, but when I organize a retreat at HDS I am able to bring together different communities from different temples. So everyone gets a chance to meet other practitioners. The first retreat I organized was only for a Vietnamese-speaking audience. The second time my intention was to invite children to come with their parents and grandparents. For this reason I organized the retreat on a Saturday because children would be out of school.

The topic of the first retreat we had last December was “There is Still Happiness.” The purpose was to realize that whatever we have right now is our happiness. This time our retreat topic was “Walk with Me,” inspired by the documentary film of the same name about the life and work of Thich Nhat Hanh and his sangha.

“Walk with me” translated into Vietnamese would be “practice with me,” or “go with me, walk with me, let us do it together.” Thus my intention is to bridge the gap between different communities. Sometimes people are very attached to their own individual temple. For example, if they go to temple “A” they do not tend to go to temple “B,” so I say, “Come together here and practice with each other.” That is the main theme of this retreat.

BDG: How did you structure the retreat day?

VT: The structure of the program is very different from the traditional setting that one would find in Vietnam. Usually, when people go to a retreat in Vietnam, they begin with chanting. Some temples provide Dharma talks, while at other temples there is chanting, then sitting meditation followed by more chanting. Here in the United States, I feel that people need to learn more about what they chant.

I also wanted to offer them different perspectives on the Dharma. So I started with an introduction to the program. Next, there is a moment of silence, then five or 10 minutes of mindfulness practice to bring us back into that place, to bring our mind back to our body. After that we will have a Dharma talk and discussion. I feel it is very important when we read a sutra to really understand what it means. Sometimes the sutra can be chanted ritually but not understood.

I feel it is very important to have a Dharma talk during a retreat, a kind of instruction to the practice. Of course it’s a retreat day so we focus more on practice. After the Dharma talk and discussion we have walking meditation or sitting meditation, then lunch, and after lunch more Dharma discussion.

Then we sit for a tea ceremony. This time the retreat was on Saturday, so the school closed earlier. Due to this, we didn’t have as much time but we still were able to talk and share our thoughts and feelings from the day of retreat. It seems that people love it, and many ask me to do it again.

BDG: I really hope you will do it again, when would it be?

VT: It will be during the next semester—the fall semester, because after May I will go to different states in the US for Dharma talks and retreats. I will travel quite a lot after the semester.

BDG: What did you learn from the retreat?

VT: That is a good question. First of all I learned how to be more responsible at organizing an event. In my home temple in Vietnam we have many monks who help in the different aspects of the retreat. Here, if I organize a retreat, I have to do almost everything. I have to ask permission to use the building. I have to ask for the funding to pay for the building to be open on Saturday. I have to connect people and design the flyers and posters.

Vietnamese practitioners are very generous; many of them bring food. I learned that when I do something I should put myself into it. If you have a retreat at a temple, it’s much easier than having a retreat here, because everything at a temple is already set up. At HDS you can only use the building from 8:00 am, and then you have to set everything up in a short period of time. So that’s the first thing, I learned to be more responsible.

And I learned that because I am new in the country, I have to navigate through the different expectations that people bring to the retreat. Many come for the practice, yet many of them also come out of curiousity. So if I mess it up they might have a negative impression. I really have to be careful in navigating how to approach the audience. I feel that taking responsibility is the thing I should cultivate, so that in the future when I am an abbot or a Dharma teacher somewhere, I will have used the opportunity in planning and offering these retreats to build that character for myself. 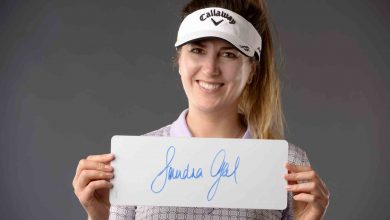 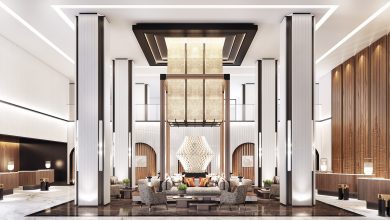 The most anticipated new hotel openings in Asia in 2022 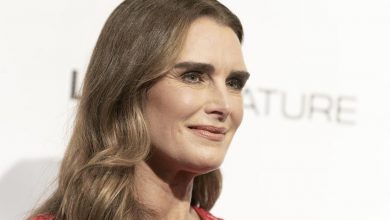 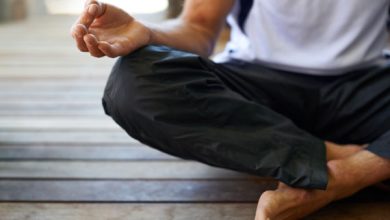