Migraine is a common neurological disorder and one of the most common causes of disability worldwide. Even so, the disease is both underdiagnosed and under-treated. Over 90% of people who experience migraines report moderate to severe pain, with 1 to 5% of people experiencing recurrent migraines. Over 50% of this population report severe impairments, reduced work or school productivity and / or the need for bed rest.1 In addition, studies indicate a higher prevalence of migraines in women compared to men.2

Several drugs with varying degrees of effectiveness are prescribed to treat migraines. The most common drugs include angiotensin converting enzyme inhibitors, anti-epileptics, beta blockers, calcium blockers, antidepressants, and nonsteroidal anti-inflammatory drugs (NSAIDs). Despite their effectiveness, many of these drugs may not be readily available, poorly tolerated, or contraindicated. In fact, there is growing evidence that many U.S. patients are inadequately treated for migraines due to high drug costs and limited access to health care

In a systematic review, the study’s researchers found that migraines are particularly common and stressful for historically disadvantaged populations.3 This is a remarkable observation as treatments for migraines are rapidly improving and becoming more targeted and personalized – and therefore more expensive and for in these segments.

Could aspirin offer a solution? Recent evidence has shown aspirin’s effectiveness as an over-the-counter treatment for acute migraines with the added appeal of safety, low cost, and a relatively favorable side effect profile. In addition, aspirin has not only been shown to be effective in treating current migraines; it has also shown prophylactic (preventive) properties.

High-dose aspirin for the treatment of acute migraines

Research showed that aspirin was effective for acute migraines, both as a single therapy and in combination with other drugs.4th Aspirin irreversibly inhibits the cyclooxygenase enzymes (COX-1 and COX-2), resulting in decreased prostaglandin synthesis and a reduction in pain and inflammation.5 Previous studies have confirmed the beneficial effects of aspirin on migraines without aura, but their effects on Migraines with aura are unclear and require further investigation. 6

Research on the effectiveness of aspirin in treating migraines alone or in combination with other drugs is ongoing. Metoclopramide is an antiemetic that is often prescribed with high-dose aspirin to treat acute migraines. A meta-analysis of 13 randomized controlled trials (RCTs) comparing 1,000 mg aspirin (with and without 10 mg metoclopramide) with placebo or sumatriptan (Imitrex; 50 mg or 100 mg) found no significant differences between aspirin and 50 mg or 100 mg mg sumatriptan doses in assessing reduced headache or complete pain remission. 7

A study examining the effects of aspirin alone found that when administered in the 900 mg to 1000 mg range, aspirin was effective in providing relief in 48 to 52% of participants after 2 hours, compared with 19 to 34% of participants the placebo group. 8 An RCT of 433 patients showed that 1000 mg aspirin had similar benefits compared to 50 mg sumatriptan.9 This was further supported by recent research that concluded that high-dose aspirin, which ranges from 900 mg to 1300 mg Administered to patients with migraines was effective when compared to alternative, more expensive therapies such as beta-blockers or anti-epileptic drugs

Many of these studies also reported a decrease in the common accompanying symptoms of nausea, photophobia, and phonophobia in patients who received 900 mg to 1300 mg aspirin.1 In addition, randomized evidence on the side effects of aspirin showed promising results compared to traditional, nonselective NSAIDs and cyclooxygenase-2 inhibitors. 10

The role of aspirin in migraine prophylaxis

Recurrent or chronic migraines are those that occur more than 15 days per month and are the leading cause of suffering and disability nationally and globally. It is estimated that more than 25% of these patients are candidates for prophylactic therapy but remain untreated. 3

Several drugs prescribed for chronic migraine prevention, such as tricyclic antidepressants, anticonvulsants, and beta blockers, are effective – but they have significant side effects that lead to poor drug intake and other health complications. Newer biologics have also proven their effectiveness, but their risk-benefit ratio is still being investigated in ongoing randomized studies

In a systematic review that included 8 studies with over 28,326 participants, the results showed positive results for the role of aspirin in preventing migraines.11 The study authors found that doses of at least 325 mg per day resulted in a significant reduction in frequency of migraines carry out most of the studies.

In a clinical study examining the effectiveness of aspirin in combination with the antiplatelet drug clopidogrel (Plavix), patients who received a coronary artery stent experienced a significant decrease in the incidence of new migraines within 3 months. 12th

A case of inadequate aspirin use in the United States

An article in the Journal of Family Practice suggested that doctors are unlikely to recommend aspirin for treating migraines, despite increasing evidence of its effectiveness. The authors speculated that one possible reason is that “patients often expect a prescription” for their migraine headaches. They also say: “… [patients] may feel underserved when told to take aspirin. Providing a prescription for the antiemetic metoclopramide and a brief explanation of the evidence suggesting that aspirin is effective for migraines might adequately meet these expectations. ”13 They agree that the benefits of aspirin in the treatment of migraines “May not get” the traction it deserves. “

Future prospects for the treatment of chronic migraines include a non-pharmacological approach in the form of electronic aspirin.14 This is a patient-operated instrument that involves the permanent implantation of a nerve stimulation device in the upper gums. The pointed tip of the implant connects to a bundle of nerves associated with migraines and is activated with a handheld remote control while the pain onset. The stimulation of the nerve bundle is supposed to block the pain-causing neurotransmitters and have a pain relieving effect. Demand for aspirin electronic devices is expected to reach 220,000 units by 2025, with the hospital segment likely to be the device’s largest end-user.

Focusing on the Proopiomelanocortin Pathway in Diabetic Neuropathic Ache 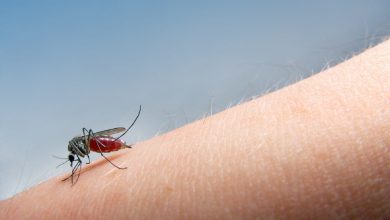 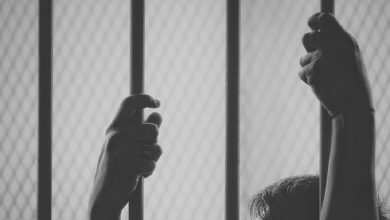