As monkeypox case counts continue to expand globally, a series of potentially new clinical symptoms have begun to emerge, a development that may bring gastroenterologists to the forefront of care for this evolving outbreak.

The United States has now recorded more than 24,572 confirmed cases of monkeypox/orthopoxvirus since May, according to the CDC. With 64,916 cases worldwide, including 64,336 cases in countries where the disease is not endemic, on July 23, the WHO director-general declared the monkeypox outbreak a Public Health Emergency of International Concern — the same designation that was assigned to the SARS-CoV- 2 virus in January 2020.

“Historically speaking, monkeypox was thought to be a virus related to smallpox without much involvement with GI,” Chethan Ramprasad, MD, a GI fellow at the University of Pennsylvania, told Healio. “It was thought to be endemic to parts of Africa with the possibility of transmission to the United States and Europe.”

Although current monkeypox definitions do advise suspicion for any ‘unusual’ rash, this does not cover the full range of manifestations, especially considering that solitary genital skin lesions and lesions involving the palms and soles could easily be misdiagnosed as syphilis or other sexually transmitted infections.

Similarly, a study from Patel and colleagues in BMJ reported that nearly half of his patient cohort exhibited exclusively mucocutaneous manifestations or developed systemic symptoms following, rather than before, the onset of lesions. Patients commonly reported penile swelling and rectal pain among their symptoms, features not widely described in the current literature, despite being cited as the frequent reasons for hospital admission.

“Rectal pain and penile edema were the most common presentations requiring hospital admission in this cohort, yet these symptoms are not currently included in public health messaging,” Aatish Patel, MD, of Guys and St. Thomas’ NHS Foundation Trust, and colleagues wrote . “We recommend clinicians consider monkeypox infection in those presenting with these symptoms. Those with confirmed monkeypox infection with extensive penile lesions or severe rectal pain should be considered for ongoing review or inpatient management.”

Ramprasad noted that these perianal and perirectal lesions are new symptoms seen “in relation to the May 2022 outbreak.”

In their study in Diseases of the Colon and Rectum, Ramprasad and colleagues noted that, with an incubation period that ranges from days to 3 weeks the inoculation site is often the first location of lesions, which may also be preceded by “a prodromal fever or constellation of fatigue and muscle aches.”

“More recently, and probably more important to note, there can be presentations in patients with just rectal lesions,” Ramprasad said. “It’s much easier for a patient to be identified as at-risk for monkeypox if there are external lesions because they are much easier to be seen by the doctor; [however,] if lesions are within the rectum, they are much harder to diagnose because it’s harder to know what is happening.”

He added that these symptoms can be “incredible painful and difficult for patients to deal with in the rectum and anus when there is significant pain.”

Specifically, lesions are exacerbated during bowel movements, when the muscles are moving in coordination with each other, which can result in worsening constipation, potential ulceration, tears and bleeding.

Who is at risk?

According to current CDC data, gay, bisexual and other men who have sex with men comprise the majority of cases in the ongoing monkeypox outbreak; data from Patel and colleagues reported that, among 1,735 patients diagnosed with monkeypox in the UK, 96% identified as belonging to this demographic.

Although transmission has been confirmed to occur through saliva, direct contact with lesions and likely semen, research on detailed transmission modalities is limited and anyone, regardless of sexual orientation or gender identity, can be at risk for monkeypox exposure.

“What we have seen so far are patients who are men who have sex with men, but transmission is still being completely detailed,” Ramprasad said. “It is thought to be sexually transmitted, but there could be transmission through airborne particles or other bodily fluids that would not be limited to this specific population. If there is an unclear diagnostic puzzle, and enough of a story to be concerned about monkeypox, they should be tested.”

An important consideration to note is the stigma linked to the patient-provider conversations about one’s sexual health and preferences. Ramprasad believes this is a common barrier, particularly as many patients may not want to disclose certain information about themselves out of the fear that it may put them at risk.

“I don’t think it’s enough for us to say that just men who have sex with men are the only people at risk because even that definition is quite loose; it could be a wide variety of people,” he said. “All physicians who see patients with rectal pain or perianal lesions should consider a monkeypox diagnosis and should think to test these patients. We need to be cautious about who might be at risk for getting this infection.”

“If the bleeding is severe enough to warrant an endoscopic surveillance or endoscopy, it should be pursued,” he said. “If the diagnosis is unclear and this is a person who doesn’t have high-risk demographics, they should also be scoped so we can have a better understanding of what is causing their symptoms.”

Following a monkeypox diagnosis, Ramprasad and colleagues cited supportive care for perianal and rectal lesions as crucial for first-line management. Specifically, this includes a combination of stool softeners and pain medication; they recommended a daily dose of polyethylene glycol, acetaminophen for minor pain and a short course of opiates for severe anorectal pain. Additional pain management strategies include analgesics such as warm sitz baths and topical lidocaine.

Ramprasad noted that discussion surrounding the use of antiviral tecovirimat (TPOXX) has proved helpful among some patient groups for the management of lesions; Current indications include patients who are immunocompromised, have severe disease or lesions in sensitive areas.

“It is still unclear which patient populations benefit the most from antiviral treatment, but TPOXX is believed to shorten the duration of illness and viral shedding and, in our anecdotal experience, has helped with rectal pain management in setting of rectal ulcers/lesions seen from monkeypox infection,” Ramprasad and colleagues wrote. “These perianal and rectal lesions often take several days to weeks for full resolution. Treatment with TPOXX may expedite healing, but it is not known how long it takes for lesions to no longer be infectious.”

TPOXX is not yet FDA-approved but it is being evaluated on an Investigational New Drug application.

“The big takeaway here is that this is a vulnerable population that has presented with monkeypox,” Ramprasad said. “It’s a population that has been stigmatized and needs a very serious level of care in terms of treatment and diagnostic testing; it’s very important for every practitioner to look at the patient as an individual, as someone who has their own story of their presentation.”

He added: “There is a long history of treatment of patients with a history of men who have sex with men; especially with the AIDS and HIV epidemic, there are a lot of lessons to learn in terms of treating and listening to stigmatized communities. Something that all of us could do a better job of is listening.” 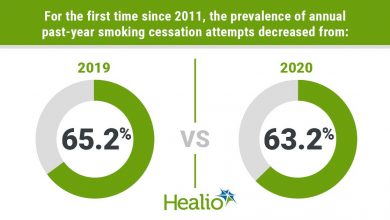 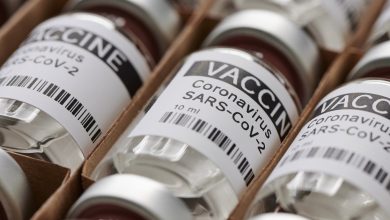 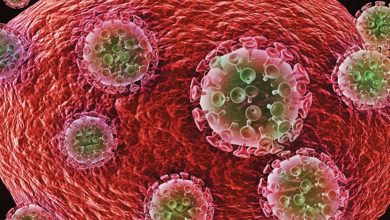