Quinoa is a healthy pseudocereal that is much more nutritious than other cereal products. A new Nutrients journal study reports the ability of quinoa to normalize glucose metabolism in the body, particularly among the elderly with impaired glucose tolerance.

Type 2 diabetes mellitus (T2DM) causes millions of premature deaths each year. Prediabetes is a state in which blood glucose levels rise higher than expected after a meal but with a stable overall glycemic status.

The presence of prediabetes increases the risk of T2DM by 70%, with about 10% developing diabetes each year. The risk of T2DM is particularly high in those aged 65 years or more.

Quinoa is remarkable for its high protein content, with a complete set of all essential amino acids, unsaturated fatty acids, minerals, and vitamins required for health. In addition to its high carbohydrate and fiber content and low simple sugar concentration, quinoa is both nutrition-rich and associated with a low glycemic index, thus indicating that its consumption will raise blood sugar levels.

Quinoa also consists of an array of plant compounds that inhibit the digestion of fats and sugars in the human gut, which could reduce post-prandial spikes in blood glucose.

The current study aimed to explore the effect of a diet rich in quinoa on controlling hyperglycemia and other metabolic risk factors. To this end, the researchers chose to use glycemic data collected by glucose sensors operating over extended periods with regular prespecified recording points. Such data can be represented and analyzed as a curve using the functional data analysis (FDA) approach that yields glucose concentrations over time.

In this pilot study, all participants were at least 65 years old with fasting glucose levels between 100 and 125 mg/dL and without a history of diabetes. In addition, all study participants ate grains, legumes, and/or tubers daily.

After an initial four-week period in which the study participants consumed their regular diet, all nine subjects were switched to a quinoa-based diet that was continued for four weeks. All grains, grain-based products, legumes, and tubers were substituted with quinoa-based products without changing the overall composition of nutrients except for the cereal part.

The study participants consumed quinoa, quinoa flakes, and quinoa flour, as well as biscuits, brioche, sponge cake, baguettes, sliced ​​bread, and pasta. Each of these products had a quinoa content of 70% or greater.

All food products were provided to the subjects who commonly ate them. The study participants were also introduced to eight recipes for foods they commonly ate, with quinoa substituted for tubers, legumes, and grains.

With a mean age of 70 years, most participants were female with an overweight profile. In addition, most study participants had hypertension, about 45% had high blood lipids, and 33% had one or more close family members with diabetes.

Nutritionally, the study participants consumed more carbohydrates during their regular diet, whereas they consumed more total lipid and saturated fat during the quinoa diet period. In addition, cystine, arginine, glutamic acid, and proline also increased during the intervention period.

The unique nutritional profile of quinoa, with higher fat and lower carbohydrate content compared to typical cereals, accounts for the difference in nutritional intake during the quinoa diet.

In older prediabetic subjects, it is more important to improve diet quality than to reduce body weight to achieve beneficial metabolic outcomes. The stabilization of blood sugar fluctuations with a quinoa diet may be due to the low glycemic index of this pseudocereal.

Definitive conclusions await future studies, as the participants in this study were able to observe their changing blood sugars in real time, which likely motivated better diet patterns even before the intervention phase began.

Both higher energy intake and the increased fat content of quinoa were correlated with reduced glucose levels. This is likely due to the other nutrients present in quinoa that prevent a glycemic spike.

Since post-prandial hyperglycemia predicts the development of T2DM in many patients, the potential role of quinoa in delaying the development of this condition by reducing the spike in glucose levels following a meal is promising. Among other food choices, quinoa could help prediabetic individuals prevent the onset of T2DM.

Larger studies with a longer period of intervention are required to validate and extend these findings.

A diet rich in quinoa reduces postprandial glycemia, thanks to the joint action of different nutrients and the suppression of others consumed in a regular diet, which could apply a brake to the progression to T2D.” 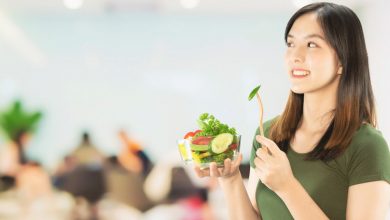 What is Metabolic Flexibility and How to Improve It? 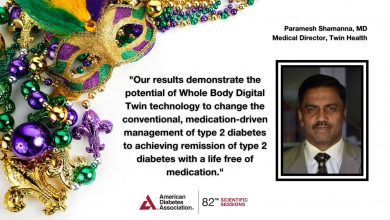 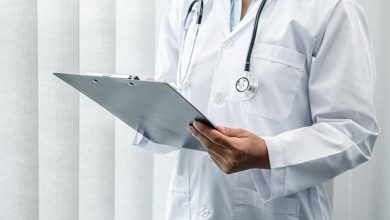 How feds should step up to modernize diabetes prevention