Summary: Opioids impact the gut microbiome of developing fetuses, altering metabolic pathways and increasing the risks of both neurological and behavioral differences later in life.

The key is the opioid’s impact on the developing fetus’ gut microbiome – a collection of bacteria and other microorganisms that naturally live inside the guts of all humans and animals and can serve as a barometer for overall health and wellness.

Cheryl Rosenfeld, a professor in the MU College of Veterinary Medicine, collaborated with Trupti Joshi, an assistant professor in the MU School of Medicine, to compare the gut microbiome of adult mice who were exposed during gestation to oxycodone, a commonly abused opioid that treats pain, in utero with the gut microbiome of mice who were not exposed to any opioids.

“Opioids are increasingly being prescribed to pregnant women to treat pain, yet when they are consumed, we are learning it is not just the mother who is being exposed, but also the fetus at a time when their organs are still developing,” Rosenfeld said .

“These findings highlight the potential long-term health effects for the offspring, not just when they are born, but well into adulthood as well.”

After collecting fecal matter from both groups of mice at 120 days of age, the researchers identified significant changes and disruptions to the natural balance of bacteria in the guts of the mice who were exposed to oxycodone in utero. These changes were linked with changes in metabolic pathways, which impacts metabolism and potentially both neurological and behavioral health long-term.

“While this research can lead to human studies down the road, those can take 20 to 30 years due to the much longer lifespan of humans compared to mice,” Rosenfeld said.

“The opioid epidemic, one of the biggest public health crises facing the United States, is causing real harm right now, so our goal is to raise immediate awareness and hopefully protect the health and well-being of women who are currently pregnant or seeking to become pregnant and their offspring from the potential negative and longstanding effects of opioids.”

The research is personal for Rosenfeld, whose niece was in utero when her sister-in-law was given Quaaludes to relieve anxiety. While her niece was born healthy and seemed fine early in childhood, she later developed respiratory issues, neurological issues and behavioral abnormalities in her teenage years, and is now living in a nursing home in her 30s.

“For these children who were exposed to opioids in utero, there is also now an increased risk for them to get addicted to opioids themselves, so I do worry about them as they progress into adulthood,” Rosenfeld said.

“Hopefully by identifying these correlations as early as possible, potential interventions can be developed and alternative treatment options can be discussed for dealing with pain in pregnant women.”

Joshi, a bioinformatics scientist in the MU School of Medicine’s Department of Health Management and Informatics, was a clinical doctor who occasionally assisted with pregnancies in India before coming to the United States to study bioinformatics.

“Genomic sequencing technology, bioinformatics tools and computational techniques can all be applied together to help us as researchers start to find the links that tie together our physiology and our overall health,” Joshi said.

“We are starting to learn how changes in the gut microbiome can potentially impact one’s mood and mental health later on in adulthood. This research helps us start to better understand the gut-brain axis, as there is a lot of communication among the brain, central nervous system, endocrine system, immune system and gut microbiome.”

“Long-term effects of developmental exposure to oxycodone on gut microbiota and relationship to adult behaviors and metabolism” was recently published in the American Society for Microbiology.

About this pregnancy and opioids research news

We hypothesized developmental exposure to oxycodone (OXY) leads to enduring effects on gut microbiota and such changes are associated with adult neurobehavioral and metabolic changes.

Female mice were treated daily with 5 mg OXY/kg or saline solution (control [CTL]) for 2 weeks prior to breeding and then throughout gestation.

Male and female offspring pups were weaned, tested with a battery of behavioral and metabolic tests, and fecal boluses were collected in adulthood (120 days of age). In females, relative abundance of Butyricimonas spp., Bacteroidetes, Anaeroplasma spp., TM7, Enterococcus spp., and Clostridia were greater in OXY versus CTL individuals.

In males, relative abundance of Coriobacteriaceae, Roseburia spp., Sutterella spp., and Clostridia were elevated in OXY exposed individuals. Bacterial changes were also associated with predictive metabolite pathway alterations that also varied according to sex. In males and females, affected gut microbiota correlated with metabolic but not behavioral alterations.

The findings suggest that developmental exposure to OXY leads to lasting effects on adult gut microbiota that might affect host metabolism, possibly through specific bacterial metabolites or other bacterial-derived products.

Further work is needed to characterize how developmental exposure to OXY affects host responses through the gut microbiome. 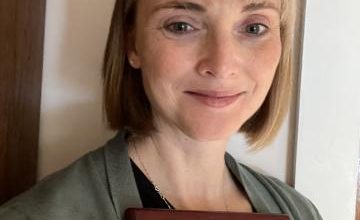 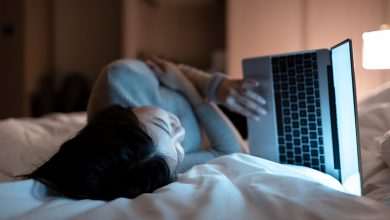 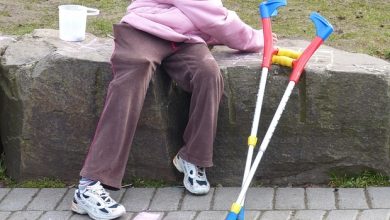