2,4-D, a weed killer used to keep lawns pristine-looking, is growing in popularity—and so is our exposure, a new study has found. Photo: Education Images/Universal Images Group (Getty Images)

New research released this week suggests that a surprising percentage of Americans have been exposed to a potentially toxic weed killer called 2,4-D. The study estimates, based on nationally representative data, that nearly one-third of people have detectable levels of 2,4-D in their system. The health impacts of this exposure are still unclear, but 2,4-D and similar chemicals have been linked to higher rates of cancer, birth defects, and other problems.

2,4-D, short for 2,4-Dichlorophenoxyacetic acid, is a common herbicide first developed in the 1940s to control certain weeds. It can come in several different chemical forms, including as a salt or acid. 2,4-D was once used in very high levels in combination with another chemical as the base for Agent Orange, a potent herbicide used during the Vietnam War that sickened many residents and military personnel and was linked to a variety of later health problems. But most forms are thought to be low in acute toxicity for people.

It’s also part of a class of chemicals known as endocrine disruptors. These chemicals mimic or otherwise interfere with the function of the body’s hormones, which has led many scientists to be concerned about the effects they can have on people’s reproductive, developmental, and metabolic health. Importantly, these effects may be subtle and could arise from low-level but constant exposure to an endocrine disruptor like 2,4-D.

To better understand the possible level of danger posed by 2,4-D, researchers at George Washington University turned to data from the National Health and Nutrition Examination Survey, a long-running, recurring survey run by the federal government that keeps track of Americans ‘health and lifestyle trends. Some volunteers in the project undergo physical examinations, which includes providing urine samples. These samples allowed the researchers to look for traces of 2,4-D in people’s bodies. The team looked specifically at nearly 15,000 participants who took part in surveys conducted between 2001 and 2014.

Overall, they found that over 32% of participants had detectable levels of 2,4-D in their urine. The amount of exposure seems to have been growing over time, as only 17% of Americans tested positive for 2,4-D in 2001, compared to nearly 40% who did in 2014. During that same period, 2,4-D began to see a resurgence of use, as it became a popular alternative to treat weeds that had evolved some resistance to glyphosate, commonly known by its brand name Roundup. The team’s findings were published Thursday in Environmental Health.

“Our study suggests human exposures to 2,4-D have gone up significantly and they are predicted to rise even more in the future,” said study author Marlaina Freisthler, a PhD student and researcher at the George Washington University, in a statements from the university.

More research needs to be done to understand and quantify the health risks of 2,4-D and other endocrine disruptors, the authors say. But it’s strongly suspected that any effects are likely to be worse for young children as well as people undergoing pregnancy—both times when hormones are especially crucial. Worryingly, the authors found that children between the ages of 6 and 11 had over double the risk of exposure to 2,4-D than other age groups, possibly because they’re more likely to walk barefoot in grass or play with dirt; they also found women of childbearing age had nearly twice the risk of exposure as similarly aged men.

“These findings raise concerns with regard to whether this heavily used weed-killer might cause health problems, especially for young children who are very sensitive to chemical exposures.” Freishler said. 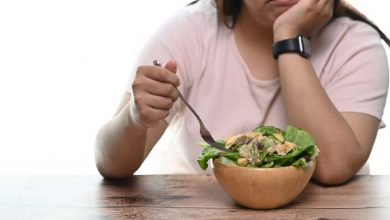 How to make intermittent fasting (finally) work for you