Drought could have led to an unusual yellow fever outbreak in Brazil that began in 2017, according to a spokesperson at the American Society of Tropical Medicine and Hygiene’s annual meeting.

Joelle Rosser, Dr This topic had to be put on hold after the outbreak of the COVID-19 pandemic.

“[The field work] was put on hold for a while so I just started exploring a whole new topic and delved into the literature on this yellow fever virus outbreak in Brazil, ”said Rosser.

The outbreak, which Rosser described as “really unusual”, occurred in 2017 and 2018 after it was believed to have been eradicated in the area almost 80 years ago.

“Yellow fever in Brazil was a huge urban problem in the 1800s and early 1900s, but it was eradicated from cities in Brazil by the 1940s,” Rosser said. “It was particularly unusual and somehow caught my eye. It made me think, is there some kind of environmental trigger that is happening here? “

After Rosser had examined some hypotheses that “never quite fit”, Rosser found a possible environmental factor that could have contributed to this.

“I came across the fact that a few years earlier there was a drought in Brazil that was also known as the worst drought in the area since the 1940s,” said Rosser. “And I spoke to some of my colleagues in Brazil who were there during that time, [and] They said, ‘Yes, drought was a huge problem.’ So I started researching this interaction between drought and this epidemic. “

Together with her colleagues, Rosser investigated the origin of the epidemic in northeastern Brazil – a region that is mainly rural and “particularly hot and dry”.

“I looked at a drought index in this region over time and space and found that the severe drought overlaps with this epidemic and that it was particularly bad at the origin of the outbreak,” said Rosser. “So we’ve seen that there is at least this connection between the drought and this outbreak. But as we know, association doesn’t necessarily mean causality. So I started doing research and asked, ‘How could this drought explain the yellow fever outbreak?’ “

Noting that outbreaks usually occurred during the rainy season, Rosser found that the area’s forest-dwelling Haemagogus mosquitoes were concentrated in places where food and water were available, as well as the non-human primates from which they differ normally fed.

“If you have a high density of mosquitoes and non-human primates in the same place, you increase the transmission and that can cause it to spread to humans,” said Rosser.

The conclusion was somewhat surprising, she added.

“I wasn’t looking at all that drought was a problem,” said Rosser. “Drought has been linked to infections like dengue and zika because these mosquitoes multiply in water containers that people collect during periods of drought. The transmission of yellow fever in Brazil and during this epidemic was through the Haemagogus mosquitoes living in the forest, so it is a completely different mechanism by which drought can affect this particular vector … This is the first time, as far as I know, with drought in Yellow fever outbreaks have been linked. ”

Will SARS-CoV-2 variants affect the severity of MIS-C? 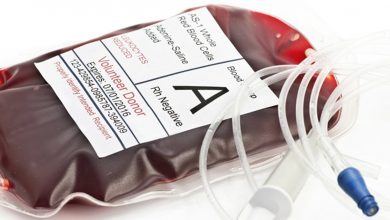 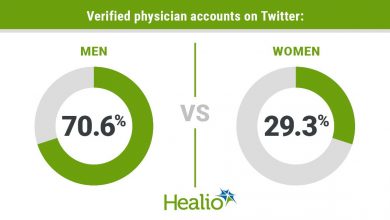 Study shows that most verified doctor accounts on Twitter are men