What is the connection between psychedelics like “magic mushrooms” and heart disease? It is probably not what you think it is. In contrast to drugs of abuse like cocaine or alcohol, people who have used psychedelics at least once in their life have been linked to lower incidences of heart disease and diabetes, according to a new study.

Psychedelics are unlikely to have a biological impact on heart health, but Oxford University researcher Otto Simonsson, who led the study, believes the results stem from the fact that psychedelic experiences are often accompanied by dramatic lifestyle changes. These include making the spontaneous decision to live healthier lives by exercising or quitting alcohol and smoking.

“In our previous research, we found links between lifelong use of classic psychedelics and a lower chance of being overweight or obese and a lower chance of having high blood pressure in the past year, both of which are risk factors for cardiometabolic disease,” Simonsson told PsyPost . “We therefore wanted to specifically investigate the connection between lifelong classic psychedelic consumption and cardiometabolic diseases such as diabetes and heart disease.”

Psilocybin (the psychoactive ingredient in magic mushrooms) and DMT activate serotonin receptors, which may act as appetite suppressants and reduce food cravings. Ultimately, this can lead to weight loss and a lower incidence of obesity, a major risk factor for both cardiovascular disease and diabetes.

Simonsson mentions in the study that psychedelics can indirectly improve mental illnesses related to cardiometabolic disorders. By reducing anxiety and improving the chances of curbing addiction, psychedelics can reduce heart disease through behavior changes.

For their study, the researchers analyzed data from more than 375,000 Americans who participated in the National Survey on Drug Use and Health. Among the questions they had to answer, participants had to anonymously indicate whether or not they had ever tried PSD, DMT, ayahuasca, peyote, San Pedro, or any type of psychedelic drug. In addition, participants shared their history of heart disease and diabetes over the past year, which the researchers used to identify a link between the two factors.

One of the limitations mentioned by the authors is the cross-sectional design of the study, which makes it impossible to draw causal conclusions. Second, scientists did not have any information about the context of psychedelic use (e.g., leisure), dose, or frequency of use.

In order to overcome these limitations and challenges, Simonsson would like to start a double-blind, randomized, placebo-controlled study that is qualified to determine whether and by which mechanisms the use of psychedelics actually reduces the risk of metabolic diseases. 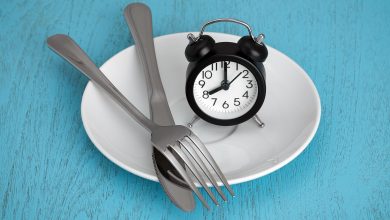 Three reasons why sleep is good for your health

Not all “good” cholesterol is healthy