Disclosure:
Molina reports that she served on and received honoraria for lenacapavir on advisory boards at Gilead Sciences, Inc. Please see the executive summary for all relevant financial information from the other authors.

Data from an ongoing phase 2/3 study in highly experienced people with multidrug-resistant HIV showed that 81% of participants who received lecapavir in combination with an optimized background regimen achieved sustained virological suppression at week 26.

Gilead Sciences filed a new drug application with the FDA earlier this month to seek approval for lecapavir.

“Lenacapavir is emerging as a new and potent antiretroviral agent for the treatment of patients with multidrug-resistant viruses.” Jean-Michel Molina, MD, Head of Infectious Diseases Department at Saint Louis and Lariboisière Hospital in Paris, told Healio. “Its long half-life, which allows subcutaneous injection every 6 months, will also improve adherence in these difficult-to-treat patients.”

For the Capella study, Molina and colleagues randomly assigned 36 participants in a 2: 1 ratio to add either oral lecapavir or placebo to their unsuccessful treatment regimen for 14 days. They received 600 mg on days 1 and 2 and 300 mg on day 8.

In a separate, non-randomized cohort, 36 participants began an optimized background regimen simultaneously with lecapavir. The authors reported the efficacy at week 26 of the randomized cohort, as well as safety and efficacy information from both cohorts.

Lecapavir resistance emerged in four participants in the randomized cohort. Three were subsequently suppressed, one with a modified optimized background regime and two without, reported Molina and colleagues.

The meeting of the International AIDS Society brought us several new insights into the performance of the world-class capsid inhibitor leacapavir and an indication of a possible Achilles heel.

First, the Calibrate open-label study presented results comparing lecapavir (LEN; subcutaneous or oral) + emtricitabine / tenofovir alafenamide (FTC / TAF) vs. Bictegravir / FTC / TAF (BIC / FTC / TAF) in treatment-naive individuals. After 28 weeks, the two subcutaneous LEN + FTC / TAF arms (after oral LEN induction) showed strong virus suppression of 94% and 92%, respectively, while the oral LEN + FTC / TAF arm showed 94% suppression and BIC / FTC / TAF has reached a home run with 100% suppression. All arms showed acceptable safety and tolerable injection site reactions. Although only four patients with subcutaneous LEN had an HIV-RNA of more than 50 c / ml, one of them showed two capsid mutations (Q67H + K70R) and one M184M / I mutation after only 10 weeks of treatment and despite the described LEN concentrations FTC as “sufficient”. These resulted in a 20-fold decrease in LEN sensitivity. In the future we will find out whether TAF or BIC alone will be good partners for LEN.

Capella, a relatively small study (36 randomized; 36 non-randomized) in very treatment-experienced patients, found that LEN was very effective against viruses resistant to the classes currently available. An 81% virus suppression rate and an increase of 81 CD4 + cells / µl after 26 weeks in the randomized cohort are very respectable – and clinically significant – Answer. Here, too, the safety profile appeared to be quite good. However, capsid mutations were observed in four of eleven patients who met genotyping criteria, with all four carrying the M66I mutation and one each having Q67H, K70N / R / S, and N74D. This suggests that LEN does not have a high resistance barrier and needs good support from background therapy.

It is important to recognize that these are short-term results for long-acting therapy that actually only cover the period after the very first subcutaneous dose. The shelf life will not be known until these studies progress. When we combine these two studies, we can be encouraged about the efficacy and safety of LENs, which can show great promise in the highly treatment-savvy population, but also as an earlier treatment when given with a solid background. What we are learning is that the robust background will be crucial, however. Ideally, a drug that matches the long half-life of LEN would protect against missed doses of background oral therapy. However, these studies also suggest that the background must have a fairly robust resistance barrier as well. As with cabotegravir and rilpivirine, the long pharmacokinetic (PK) tail must be covered after drug discontinuation.

It appears that through a collaboration between Gilead and Merck, LEN is engaged to islatravir (ISL) – an exciting nucleoside reverse transcriptase translocation inhibitor under development. Upcoming clinical trials will show us whether and in what situations LEN + ISL can be a viable two-drug regimen. It’s also important to note that LEN is being studied as a monotherapy for prevention. The problems with resistance in a prevention setting are slightly different from treatment, and PK tail coverage will be particularly important here. Still, the LEN jar is half full at this point, and our findings from these early studies can certainly help position LEN with its best partners to maximize its potential for a significant contribution to HIV treatment.

Disclosure: Thompson does not disclose any relevant financial information. 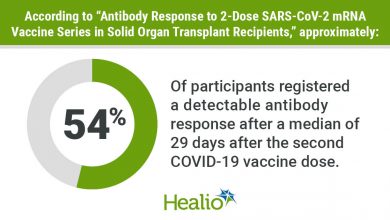 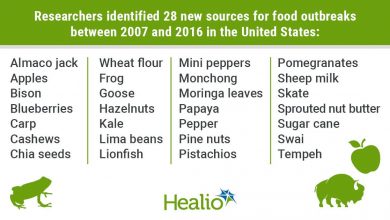 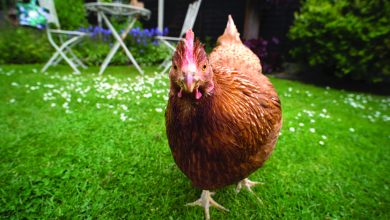