Since the beginning of November, the central Ohio region has experienced an outbreak of measles that now totals 24 cases — all of them in unvaccinated children, according to the city of Columbus.

Eleven of the children have been hospitalized. Fifteen of the cases have occurred in children aged between 1 and 2 years.

We spoke with Cristina Tomatis Souverbielle, MD, an infectious diseases physician at Nationwide Children’s Hospital in Columbus, about the outbreak and how parents can protect their children.

Healio: Were you surprised by the outbreak?

Tomatis Souverbielle: Not really, I have to say. We know that vaccination rates have been lowering, so I thought it was just a matter of time before this was going to happen. Of course, it’s surprising that we haven’t seen it in a while, and I feel like a lot of us hadn’t seen it in years. But it was not surprising in that we knew that it was just a matter of time before somebody comes in with measles, and it’s going to spread to the unvaccinated ones.

Healio: How has Nationwide Children’s been responding to cases?

Tomatis Souverbielle: The initial action was that as soon as [a case was suspected], the patient needed to be in a negative pressure room with airborne precautions because of how the virus spreads. So, as soon as we knew that we had a case and we were in an outbreak, the response was to try to isolate suspected cases early and then try to do contact tracing to make sure we know everybody who’s been exposed, and try to, you know, take the appropriate precautions after a known exposure in somebody unvaccinated.

Healio: What about the threats in the larger region beyond Columbus?

Tomatis Souverbielle: It’s hard to say that definitely. Wherever there is a pocket of susceptible patients, it can easily spread. Between the hospitals and the public health, they’re trying to contain it as well, so there’s the possibility that it just stays here. I think it depends on how much travel or back and forth of patients there is. The best thing to do is be up to date on vaccines, and if there’s any potential exposure, just talk to providers and make sure you isolate. That’s why identifying any potential exposures is good because we need to quarantine and make sure that people until they’re out of the incubation period window, [are not] out and about so we don’t spread the cases even more.

Healio: Is this something parents and pediatricians should be concerned about heading into the holidays?

Tomatis Souverbielle: It’s not the same, for instance, as COVID-19, which we were all fearing because it’s more of a respiratory illness. The problem with COVID-19 is that you really don’t know who has it and who doesn’t have [it], because of the wider spectrum of symptoms. A lot of people could be mild and not even know and still be able to travel and such. For measles, at least, it’s easier. You’re going to know there’s a rash, and ideally that you should not be traveling. So, I don’t think it’s such a wide problem because it’s more easily diagnosed. But we do need to know, if you’re going to travel, are you immunized or not? And then the people who are going to get together, does anybody else know they’ve been exposed? If there’s not a known exposure, it will be hard. I don’t think this would preclude people from getting together. But you just need to be more aware. It’s been so long since we’ve seen measles cases, some providers don’t jump to that right away because many other viruses can be similar, and so just having a heightened suspicion of when to suspect measles is very important.

Healio: What can parents do to protect their children?

Tomatis Souverbielle: The most important measure is to stay up to date on vaccines. If you have the measles vaccine, it is very effective; one dose is 93% to 95% effective. So if you’ve already had one dose, I think it’s very unlikely that you’ll get it. But if we think that you are in an area that could be exposed, I would consider giving an early second dose, or making sure we give that second dose to everybody as a public health measure, to make sure everybody entering school is fully vaccinated. …Consider maybe talking to your provider and consider giving early vaccines for the ones that could be eligible for it.

This [outbreak] was possible because there were enough unvaccinated people. Some might be just because of age, and some might be a lot of things in the medical system shut down because of COVID-19. We know that nationwide, there’s a delay in [receiving] vaccines because of the pandemic, lockdown, and all those things. Trying to catch back up is what’s going to get us out of this, I think. As we have learned with COVID-19, monkeypox and so on, illnesses can find a weak link and come back, and we need to be prepared to diagnose that early and prevent as much as possible. 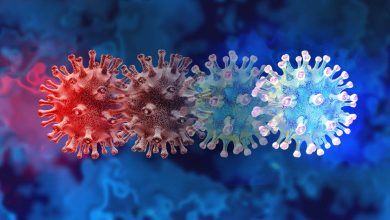 Omicron cases will “continue to increase in the coming weeks,” warns CDC director 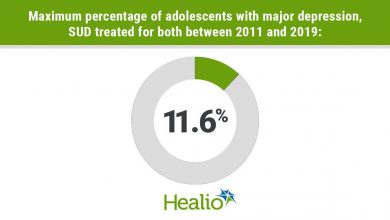 Few teens with depression, substance abuse disorder treated for both 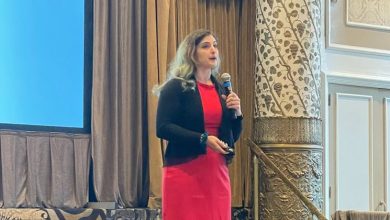 ‘I wish I had treated myself as a human first’ 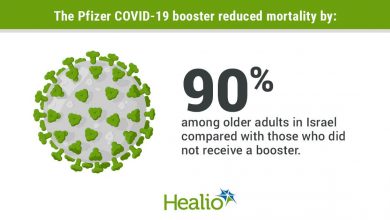