Novavax’s two-dose Covid-19 vaccine for adults ages 18 and older cleared a key step on the path toward Food and Drug Administration authorization on Tuesday.

The FDA’s committee of independent vaccine experts voted 21 to 0 with one abstention at the end of an all-day meeting to recommend authorizing the shot for use in the US after an all-day public meeting in which it weighed safety and effectiveness data. The FDA usually follows the committee’s recommendations, although it is not obligated to do so. The agency could clear Novavax’s vaccine for distribution in the US as soon as this week.

The Centers for Disease Control Prevention would still need to sign off on the shots before pharmacies and other health-care providers can start administering them to people.

Novavax’s shot would be the fourth Covid vaccine authorized for use in the US and the first new one since the Johnson & Johnson vaccine was cleared in February 2021.

Novavax was one of the early participants in the US government’s race to develop a Covid vaccine in 2020, receiving $1.8 billion in taxpayer funding from Operation Warp Speed. However, the company struggled for more than a year to get manufacturing in place and its clinical trial data appeared much later than Pfizer and Moderna.

The Maryland biotech company’s shots are based on protein technology that’s been in use for decades in vaccines against hepatitis B and HPV. The technology differs from Pfizer and Moderna’s shots, which were the first ones using messenger RNA technology to receive FDA approval.

dr Peter Marks, who leads the FDA office responsible for reviewing vaccine safety and effectiveness, said Novavax’s vaccine would potentially appeal to unimmunized people who would prefer a shot that is not based on the mRNA technology used by Pfizer and Moderna. Although Johnson & Johnson’s shot is also available, the CDC has restricted its use due to a risk of blood clots, primarily in women.

In this photo illustration the Food and Drug Administration (FDA) and Novavax logos are seen behind a medical syringe and vials.

About 76% of adults ages 18 and older have already received two doses in the US, primarily with Pfizer and Moderna’s vaccines, according to data from the CDC. However, about 27 million adults in the US have not received their first dose yet, according to Heather Scobie, an official on the CDC’s Covid emergency response team. Novavax executives believe their vaccine will appeal to some people in this group who are not against vaccination, but want an option that uses technology with a longer track record than mRNA.

Novavax’s vaccine was 90% effective at preventing illness from Covid across the board and 100% effective at preventing severe illness, according to the company’s clinical trial results from the US and Mexico. However, the trial was conducted from December 2020 through September of 2021, months before the highly contagious omicron variant and its various sublineages became dominant in the US

In briefing documents published ahead of Tuesday’s meeting, FDA officials said there is no data available on the effectiveness of the Novavax vaccine against omicron, although the shots would likely still protect against severe illness from the variant. Novavax, like every Covid vaccine, was designed to target the original strain of the virus that first emerged in Wuhan, China, in 2019. However, the virus has mutated dramatically over the past two years. The effectiveness of all the vaccines against mild illness from Covid has declined substantially as the virus has evolved.

“The study was conducted quite a while ago and said the cases that accrued were not during the time that omicron was circulating,” Dr. Lucia Lee, an official with the FDA’s division of vaccine research, said during her presentation to the committee.

Committee member Dr. Eric Rubin, an infectious disease expert at Harvard, said he was disappointed the company didn’t present data on Novavax’s effectiveness against omicron. However, Rubin said the data the company did submit meets the same standard used to authorize Pfizer and Moderna’s vaccines in December 2020.

Novavax’s Chief Medical Officer Dr. Filip Dubovsky told the panel that data from the company’s trials showed that two doses induced an immune response against omicron, although it was lower than against the Wuhan strain. A third dose boosted the immune response against omicron to levels comparable to the first two doses which had 90% effectiveness against illness, Dubovsky said. Novavax plans to ask the FDA to authorize a third dose if the agency clears the primary series for use in the US, he said.

“It’s factual that we don’t have efficacy data against omicron, what we do have is a technology that we think generates a broad immune response, demonstrated against a broad array of variants,” Dubosvky said.

The most common side effects of Novavax’s shots were injection site pain, fatigue, headache and muscle pain, according to FDA briefing documents. However, FDA officials also raised a red flag that Novavax’s vaccine might be associated with a risk of heart inflammation as is the case with Pfizer and Moderna’s shots.

In a safety database of 40,000 Novavax vaccine recipients, four young men who ranged in age from 16 to 28 reported myocarditis or pericarditis within 20 days of receiving a shot, although one of them had a viral illness that could have caused the symptoms. Myocarditis is an inflammation of the heart muscle and pericarditis is inflammation of the outer lining of the heart.

Lee said these cases were concerning because the patients reported their symptoms within days of receiving a Novavax shot, and there is already an established link between mRNA vaccination and heart inflammation among younger men. In the case of the mRNA shots, the CDC has found that the risk of myocarditis is higher from Covid infection than vaccination.

Novavax’s chief safety officer Dr. Denny Kim said the rates of myocarditis were essentially the same between people who did and did not receive the vaccine in the clinical study, though it was slightly higher among people who received the shots.

“We believe that the totality of the clinical evidence here is not enough to establish an overall causal relationship with the vaccine,” Kim told the committee. He said Novavax is monitoring for cases of heart inflammation in the accumulating data from its clinical trials and real world use of the shots where they are already authorized.

Panel member Dr. Arthur Reingold, an epidemiologist at UC Berkeley, said he was skeptical that large numbers of vaccine-hesitant people would get Novavax’s shot, given there’s evidence the company’s vaccine might be associated with a risk of heart inflammation at levels comparable to the Pfizer and Moderna shots .

dr Cody Meissner, a pediatrician at Tufts University who also sits on the committee, said there’s clearly a link between Covid vaccines and myocarditis, although there’s not enough data to say whether one company’s shot carries a higher risk.

Novavax’s vaccine technology differs in a number of ways from Pfizer and Moderna’s shots. The latter rely on messenger RNA to turn human cells into factories that produce copies of Covid’s spike protein to induce an immune response that fights the virus. The spike protein is the part of the virus that latches on to and invades human cells.

Novavax produces copies of the virus’ spike protein outside the human body. The genetic code for the spike is put into a baculovirus that infects moth cells, which produce copies of the spike that are then purified and extracted. The spike copy, which can’t replicate or cause Covid, is injected into people inducing an immune response against the virus.

The vaccine also uses another ingredient called an adjuvant, which is an extract purified from the bark of a tree in South America, to induce a broader immune response against the virus. The shots consist of 5 micrograms of the spike copy and 50 micrograms of the adjuvant. 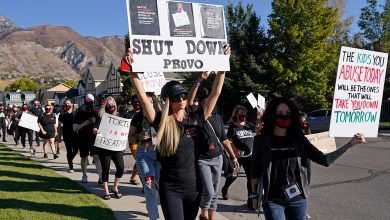 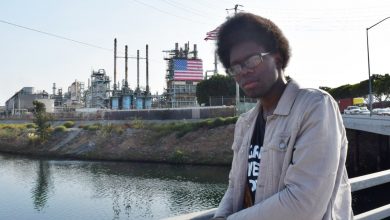 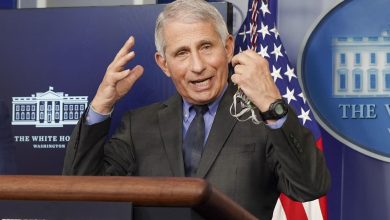