Children who were born in socioeconomic tracts that have greater proportions of low-income households, higher population densities and greater poverty experienced higher incidence of asthma, according to study findings.

Also, Black and Hispanic children faced significantly higher risks for asthma compared with white children regardless of neighborhood, the researchers wrote in the study published in JAMA Pediatrics.

“While we know that Black and Hispanic children have elevated rates of asthma and that children who reside in neighborhoods with increased poverty are also at increased risk for asthma, few studies have been able to study both of these risk factors at the same time,” Antonella Zanobetti, PhD, principal research scientist in the department of environmental health at Harvard TH Chan School of Public Health in Boston, told Healio.

“We were able to do this because we combined multiple birth cohorts from across the country,” Zanobetti said.

The researchers examined data from 10 birth cohorts participating in the Children’s Respiratory and Environmental Workgroup, including census tract-level information from 4 census years between 1980 and 2010 on each participant’s birth address.

Health outcomes included asthma incidence through age 11 years in 24.8% of the population, early wheeze in 45.5% and persistent wheeze in 25.8%.

Although the researchers did not consider the interaction between a child’s race and ethnicity and census variables statistically significant, they did find that there was an elevated risk for asthma incidence among Black and Hispanic children compared with white children across all census tracts.

Black and Hispanic children had significantly higher ORs for persistent and early wheeze compared with white children, as did children whose parents had a history of asthma and children of mothers who smoked during pregnancy.

Overall, Black and Hispanic children were more likely to live in neighborhoods that had greater population densities and higher poverty rates, the researchers found, and those children born in census tracts with higher poverty levels and lower household income faced elevated risks for childhood wheeze and asthma .

However, the researchers continued, race and ethnicity persisted as risk factors when neighborhood income was considered, indicating structural inequities increase wheeze and asthma risks among Black and Hispanic children residing in affluent and poor neighborhoods alike.

“We were surprised that after considering both neighborhood characteristics and individual risk factors for asthma, like having a parent with asthma, Black and Hispanic children continued to have increased risk for asthma compared with white children,” Zanobetti said.

Although the complexities of multiple individual-level and neighborhood-level factors make efforts to define root causes of these disparities difficult, the researchers wrote, structural and social determinants may include racism, discrimination, discriminatory policies, education, the physical environment and access to health care.

Doctors and other stakeholders can act at the individual and systemic levels to improve care, Zanobetti said.

“Doctors can learn about neighborhood, indoor home- and school-based risk factors for asthma, educate vulnerable patients about potentially reparable risk factors and ask them whether they have outdoor or indoor neighborhood exposures that may increase asthma risk,” Zanobetti said.

If risk factors are identified, she continued, there may be opportunities for doctors to prescribe changes in housing or advocate for neighborhood and housing improvements.

Further, she said, hospitals, doctors and other health care workers can work within their own systems to provide equal access to excellent health care including medications for all.

“This requires training to reduce implicit and explicit racial or ethnic bias in health care and increase hiring of a diverse staff who are culturally competent,” Zanobetti said.

Finally, she added, doctors can work as citizens toward environmental justice in all communities, including their own.

“Housing conditions, environmental exposures and access to care are all likely contributors to our findings. But in addition to these, racism, both individual and institutional, may also contribute to health inequities,” she said.

While the researchers recommended observational studies that could identify these risk factors and guide interventions and policies to mitigate them, an editorial that accompanied the study called for a fundamental shift in research priorities.

Structural solutions and policy changes will be needed to mitigate these racial disparities in asthma risks, Daniel T MallesqueMD, MS, an attending neonatologist at the Children’s Hospital of Philadelphia, and colleagues wrote in the editorial.

Funding previously earmarked for observational studies instead should support quasi-experimental trials to evaluate interventions designed to mitigate the ongoing association between historical redlining with modern-day housing quality, home ownership and environmental pollutants with asthma risk and disease, they wrote.

Calling the root causes of racial disparities very well documented, the editorial authors concluded that programmatic and legislative policies and interventions that target these causes must be rigorously and scientifically evaluated and disseminated.

Meanwhile, Zanobetti and her colleagues plan to continue their research.

“We are now exploring other factors that may have contributed to these findings. For example, environmental exposures like air pollution may play a role in disparities,” she said.

“We are also looking at historical policies like redlining that contributes to the present-day segregation and concentration of poverty in many areas,” she said. “If so, changes in future policies will be necessary to undo the persistent inequities in health outcomes we see in the US”

Antonella Zanobetti, PhD, can be reached at azanobet@hsph.harvard.edu. 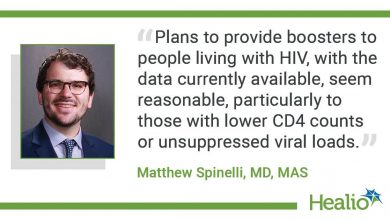 People with HIV do not respond as well to COVID-19 vaccines, according to the study 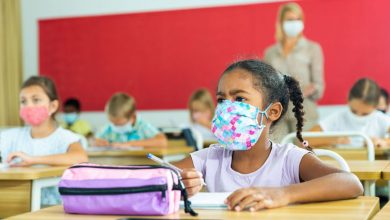 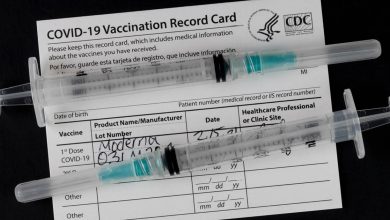