HealthDay News – Public Health England reported a disturbing discovery Monday: The variant that has brought this country to its knees appears to have developed a mutation that could help it evade vaccines, the New York Times reported.

The variant known as B.1.1.7 was first introduced in December when scientists discovered that it had spread rapidly across the UK in just a few months. Since the discovery of B.1.1.7 in the UK, the variant has been reported in 72 other countries. The United States confirmed its first case of B.1.1.7 on December 29th. Since then, the U.S. Centers for Disease Control and Prevention has collected 467 samples of the variant in 32 states.

Public Health England said the worrying mutation known as E484K appears to have appeared in 11 of more than 200,000 samples of B.1.1.7 coronavirus variants in the UK. Two variants in Brazil have also received the same mutation, The Times reported.

British health officials estimated that the infection rate of the variant is 25 to 40 percent higher than that of other forms of the coronavirus. Some preliminary evidence suggests it could also cause more deaths, The Times reported.

In South Africa, where another more infectious variant now dominates, the vaccines Novavax and Johnson & Johnson were less effective in studies. This variant also carries the E484K mutation, and it has been reported in 31 countries to date, The Times reported. In the United States, it has appeared in Maryland and South Carolina, according to the CDC. 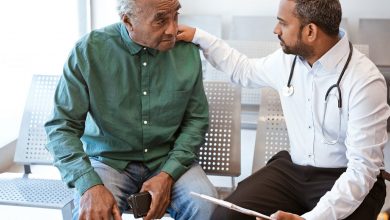