To prevent diseases from occurring in the first place, it is important to identify those individuals who are at particularly high risk as early as possible. Yet current screening methods are often costly and focus only on one disease at a time. Scientists from the Berlin Institute of Health at Charité (BIH), Charité—Universitätsmedizin Berlin, and University College London profiled 168 metabolic markers in the blood samples of over 100,000 people and combined this data with their medical histories. With the help of artificial intelligence, they were able to predict the risk of onset of several diseases with just one test and show where early intervention could be beneficial.

Their findings have now been published in the journal Nature Medicine.

Prevention is better than cure: this is the motto that was in the minds of scientists from the BIH, Charité and University College London when they began to delve into the massive treasure trove of data in the UK Biobank. The British study has been tracking more than 500,000 participants for over 15 years. As all Britons have had an electronic health record since the 1990s, these anonymous data allows for the observation of disease development over long periods of time.

Recently, the UK Biobank made an enormous data package available to researchers: participants’ frozen blood samples, some of which were more than 15 years old, had been analyzed to measure their levels of 168 metabolites using nuclear magnetic resonance (NMR) spectroscopy.

This method is considered robust, easy to perform, and relatively inexpensive. It measures the levels of substances like cholesterol and blood sugar, but also molecules that are less known and less frequently identified in blood tests. “Recent studies have shown that individual metabolites—an intermediate or end product of metabolism—are linked to the development of a variety of diseases,” explains Jakob Steinfeldt, an assistant physician in the Department of Cardiology at Charité’s Campus Benjamin Franklin.

“We suspected that the combination of several different metabolites could provide us with predictive information on an individual’s risk of developing a number of different diseases. And that’s what we wanted to investigate.”

Together with colleagues from the BIH’s Digital Health Center, the scientists examined the participants’ data for 24 common diseases—including metabolic disorders like diabetes, cardiovascular diseases like heart attacks and heart failure, musculoskeletal diseases, a variety of cancers, and neurological diseases like Parkinson’s .

They determined which participants had contracted any of the 24 diseases in the course of the study and combined this information with the composition of metabolites in their blood (the blood metabolome) from a sample that had been taken before the onset of the disease. With this information, they then turned to artificial intelligence to create a model that is able to calculate the extent to which the blood’s metabolomic state predicts the development of a future disease.

“We tested the metabolomic profiles for their predictive power and compared these results with conventional methods for calculating disease risk,” reports Thore Bürgel, a doctoral student at the BIH’s Digital Health Center and co-first author of the paper along with Jakob Steinfeldt. “We found that our profiles improved risk prediction for the majority of the diseases studied when we combined them with information about the age and sex of the participants.”

The combination of age, sex, and metabolomic state was able to predict the risk of diabetes or heart failure, for example, better than established clinical predictors that measure sugar or cholesterol in the blood. And with a cost of under 20 euros, examining the metabolome is also relatively inexpensive.

“This is exciting, because we can use the metabolome to assess the risk of many diseases at once,” explains Prof. Ulf Landmesser, director of the Department of Cardiology at Charité’s Campus Benjamin Franklin. “Of course, if there are abnormalities in the blood that point to an increased risk of disease, we would examine the patient further before intervening. But this is exactly the direction we’re also trying to move in with the new Friede Springer Cardiovascular Prevention Center: to motivate people to have regular check-ups after a certain age so they can take preventive measures in good time if necessary,” he says. “Most people already do the same with their cars.”

The scientists have gone one step further with their model and calculated the thresholds that could signal when preventive interventions would be advisable. Specifically: At what thresholds does the new method best identify those who could be saved from heart failure, for example, through the use of medication?

“Again, we saw that metabolomic profiling combined with information on age and sex was as good as or even better than conventional analyzes at identifying patients who could benefit from preventive intervention in the form of medication or lifestyle changes,” says Prof. Roland Eils, founding director of the BIH’s Digital Health Center. “We have since been able to successfully validate our model in four other cohort studies conducted in the Netherlands and the UK, indicating that our models are broadly applicable.”

Provided by the Berlin Institute of Health in the Charité

citation: The predictive power of blood: Metabolomic profiling reveals risk of multiple diseases all at once (2022, September 22) retrieved 22 September 2022 from https://medicalxpress.com/news/2022-09-power-blood-metabolomic-profiling- reveals.html

This document is subject to copyright. Apart from any fair dealing for the purpose of private study or research, no part may be reproduced without the written permission. The content is provided for information purposes only. 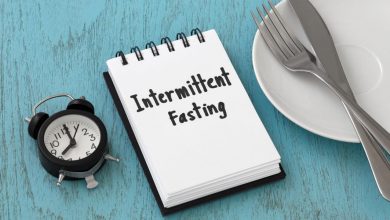 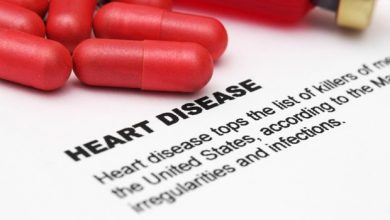 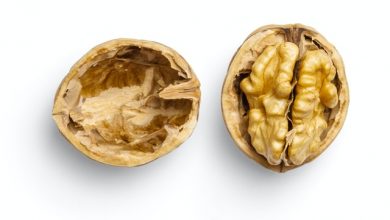 Here Are the Top 5 Foods for Brain Health, According to a Doctor – Amodrn