“My mind fills with anger each time I see his face or hear him speak,” one student reports. “I find myself wishing ill will towards all of them,” another says with a painful voice, ashamed of her own reactions. “I simply cannot practice lovingkindness for these people,” says a third. In the past three years many meditation practitioners have been coping with such emotions as they have struggled to find the Buddhist peace of mind in relation to national events and political leaders they view as being harmful. Similar feelings of outrage, of seeing things angry or disgust, are frequently reported by students coping with a difficult person at work, a betrayal by a teacher or a friend, the painful breakup of a marriage, or an unjust family situation.

On meditation retreats and in my weekly meditation group I am often asked by students what they should do in circumstances where the hostility and sense of separation has persisted despite hours of lovingkindness practice and repeated attempts at forgiveness. These are well-trained students who understand that their feelings are only causing suffering to themselves and that anger often gets in the way of wise action. Yet their feelings of overwhelm from frustration and rage persist.

It is quite a conundrum. How do you find a way to not succumb to outrage and alienation yet keep your passion and motivation for the hard fight for justice and the social good? Likewise, when your marriage is dissolving, how do you let go of anger, bitterness, and blame while at the same time stand up for what you believe to be right, particularly when there are children involved? One student recently told me she didn’t trust herself to meditate. She found herself seething by the time she got off the cushion because it had so increased her fixation on how poorly she had been treated both by her ex and her former in-laws. A man on retreat—flooded with hopelessness over the recent loss of his family when his wife left him for another man, taking their two children with her—asked if he should just go home. “Maybe I need antidepressants, not meditation,” he ruefully proclaimed.

For the last five years, both in retreat and daily practice situations, I have been offering students reconciliation practices as ways of working with their experiences of hostility and alienation. In many instances, students have reported dramatic reductions in their emotional turmoil. Particularly in difficult marriage and family circumstances, they have found that consistently working with reconciliation meditation has finally enabled them to be able to move forward with their lives.

Reconciliation means “to restore to compatibility or harmony” and “to restore the sacred.” It is also defined as “to make consistent or congruent”—for example, to reconcile your ideals with reality. When you practice reconciliation, you are both reconciling yourself to the truth that in this moment there are painful differences or polarities between you and another, and, rather than allowing your heart to become closed to the other, you are seeking to align the mind/ heart to include them just as they are. To include all people and all conditions in your experience is the congruence taught by the dharma. You are acknowledging the truth of interdependence and non-separateness or, as Thich Nhat Hanh says, that we “inter-are.” In his book Old Path, White Clouds he devotes an entire chapter to teaching reconciliation based on the vinaya.

Vipassana meditation is a means of cultivating insight through being mindful of what is arising and passing. Reconciliation practice is the aligning and softening of the heart to be reconciled with this moment just as it is. When you are reconciled, your experience returns to wholeness because nothing is being left out. There is then the possibility of insight to arise.

Reconciliation begins by acknowledging the truth that there are substantial differences. It is not contingent on those differences disappearing, and it certainly does not imply that you will become best friends with everyone. Rather, the intention to be reconciled is the wish to be connected to the sacred oneness of this moment despite any differences and, by acknowledging the truth of that oneness, to find harmony with any situation, even the painful. This does not mean that you have to approve or passively accept unwholesome actions. Nor do you have to forsake passionately advocating for what you believe to be right. It simply means that you do so while treating the other as sacred, as the “thou” so famously stated by Martin Buber. It is the understanding reflected by the Dalai Lama when he refers to the Chinese as “my friends, the enemy.”

Reconciliation is not at the end point of practice. It is a beginning place for continuing to free your heart.

One of my students had been “frozen in anger” for many months, unable to deal with the practicalities of divorce, struggling to forgive her husband even while he continued a pattern of hurtful actions. She finally realized that her stuckness was due to her implicit demand that he change. Through reconciliation practice, she was able to accept him as he was and negotiate a parting that minimized the turmoil for their young child. A second student, to his amazement, actually reconnected with his alienated wife once he reconciled himself to certain difficulties in her personality. Another person was able to let go of the outrage long held toward an abusing father, while one more found that an intolerable supervisor at work could actually be tolerated, if not respected.

In none of these instances did the students report strong feelings of compassion and lovingkindness for the other person. Instead, each student experienced a release of an inner tension that had been blocking their acceptance of the truth of how things were. Once the truth of the moment had been accepted, each of their situations could be worked with in a manner that brought inner peace, and even at times an outright resolution. They were able to be reconciled whether or not their antagonist was participating in the process, and it felt great!

Reconciliation is not at the end point of practice. It is a beginning place for continuing to free your heart. Through reconciliation, you gain the momentum towards lovingkindness—an unconditional well-wishing that flows freely from the unencumbered heart, independent of conditions. The Dalai Lama emanates such a feeling. The woman who was finally able to divorce her husband is only now able to experience moments of lovingkindness towards him as another being “who just wishes to be happy,” as the Buddha taught. Likewise, the student with the difficult boss reports that on some occasions when his boss is acting out, there arises the “heart’s quiver” of compassion for such a tormented soul. Reconciliation provides the acknowledgment and alignment that allows for such heart qualities to emerge.

One student reported his success in practicing reconciliation toward political leaders he found detestable. He imagined his views and feelings as constituting one circle of existence and the values ​​and unskillful actions of the politicians to be a separate circle. Through reconciliation he came to realize there was a third, larger circle of existence containing both smaller circles. This understanding allowed him to find some harmony with people he’d previously held in contempt. I sometimes refer to this larger circle as the “ground of reconciliation.” By resting in this place, we can avoid “taking birth” in the small circle of a separate identity.

Reconciliation practice can also be brought into the larger community. A long-term vipassana student in Arizona has formed an organization of fellow lawyers who are committed to the practice of being reconciled. Members of this group recently agreed to represent divorcing spouses in settlement talks, with the understanding that if the parties cannot reconcile their child and material differences out of court, then both lawyers will resign. In Greensboro, North Carolina, community leaders have started a truth and reconciliation commission modeled on the one in South Africa in an effort to reconcile community differences regarding the 1979 slayings by members of the Ku Klux Klan.

It is worth remembering that the Buddha constantly admonished us not to cling to views and taught that hatred never conquers hatred. Even the famous murderer Angulimala was given the opportunity to discover reconciliation through the Buddha’s compassion and lovingkindness.

May you be reconciled with those with whom you have had difficulties in your life. May all beings everywhere be reconciled. May the merit of your reconciliation practice be to the liberation of all beings.

May the merit of this practice be to the liberation of all beings. 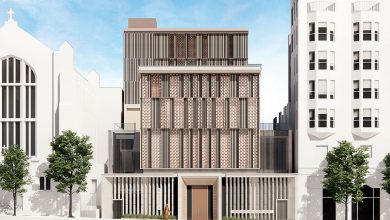 Refined plans for a modern Buddhist temple are to be approved 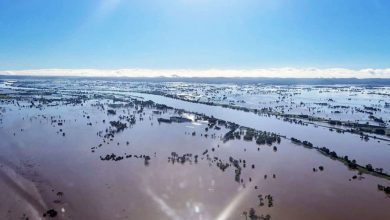 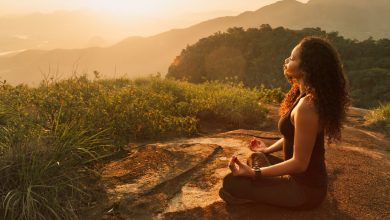 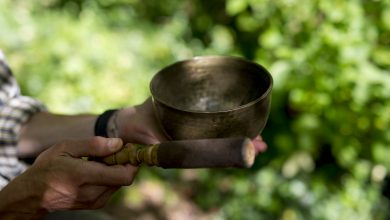