Type 2 diabetes (T2D) has become an epidemic and worldwide public health issue.1,2 This disease is found in 9% of the adult population and directly causes at least 1.5 million deaths annually all over the world. Moreover, diabetes significantly increases comorbidities of several other chronic health problems, including cardiovascular disease, stroke and kidney disease, which contribute heavily to the health and cost burden associated with diabetes. The current clinical drugs for the treatment of diabetes are still facing some problems due to the limitation of the therapeutic efficacy and the accompanying side effects,3 largely due to the unclear pathological mechanisms of T2D. The exploration of a complex regulatory network in host metabolism homeostasis may raise a novel strategy for the prevention of T2D.

G protein-coupled receptors (GPCRs) are seven transmembrane domain receptors that couple extracellular stimuli to intracellular responses via heterotrimeric G proteins and β-arrestins.4 GPCRs are implicated in a variety of biological processes and are the targets of approximately one third of marketed drugs. A variety of metabolites serve as the endogenous ligand of GPCR and play an important role in the pathophysiological process of T2D and insulin resistance. Bile acids induce thermogenesis via adipose TGR5 and promote GLP-1 secretion in L cells, thus regulate insulin resistance and related metabolic disorders.5 Asprosin, a fasting-induced hormone that promotes hepatic glucose production and increases hunger, were found as a ligand of the olfactory receptor OLFR734 and maintains glucose homeostasis during fasting and in obesity recently.6 Although a number of metabolites were found to orchestrate insulin resistance and related metabolic disorders through the regulation of GPCRs, the role of remaining endogenous metabolites in insulin resistance and GPCRs still need to be explored.

In our previous serum non-targeted metabolomics analysis, we identified 1000 participants from five centers in China (permission No. 2017-keyanlunshen-35). Of all metabolites measured, we found LPC (17:0) was negatively correlated with T2DM sign ificantly (Figure S1),7 which is consistent with Prada’s report that plasma odd-chain saturated fatty acids are inversely associated with type 2 diabetes risk.8 However, the precise role and target of LPC (17:0) in insulin resistance remains unclear. Herein, we reported the protective effect of LPC (17:0) in high-fat diet induced (HFD) mice, including body weight gain, glucose homeostasis and insulin resistance. Further, the LPC (17:0) was found to promote the expression of GPR120, GPR35 and CALCR, with potential effect on GLP-1 stimulation. The above observation revealed LPC (17:0) can be an endogenous protective factor with potential role on GPCRs.

All procedures were performed in accordance with recommendations under the Guidance for the Care and Use of Laboratory Animals of Beijing Shijitan Hospital, Capital Medical University. The protocol was approved by the Ethics Committee of Beijing Shijitan Hospital, Capital Medical University (permission No. sjtkyll-lx-2021(4)). C57BL/6J mice were purchased from Beijing Vital River Laboratory Animal Technology Co., Ltd (Beijing, China). Mice were housed in a 12 h dark−light cycle, with the dark cycle encompassing 7 p.m. to 7 a.m., and had free access to food and water.

After treatment, animals were anesthetized with diethyl ether and blood was sampled from the portal and cava veins. After exsanguination, mice were euthanized by cervical dislocation. Serum was obtained by centrifugation at 4000 rpm for 15 min at 4°C and stored at −20°C. Intestines, liver and brain tissues were precisely dissected, weighed, immediately immersed in liquid nitrogen, and stored at −80 °C for further analysis.

ITT was performed by injecting insulin (0.8 U/kg) intraperitoneally after a 6 h fasting. OGTT was performed by oral administration of D-glucose (2 g/kg) after overnight fasting. The level of blood glucose was measured using a glucose meter (AccuCheck, Roche, Switzerland) before insulin or glucose load (0 min) and at 40, 80, and 120 min after insulin or glucose load. The area under the curve (AUCs) generated from the data collected during the ITT or OGTT were calculated by GraphPad 7.0.

In this study, we used HFD-induced hyperglycemic mice to evaluate the anti-hypoglycemic effects for LPC (17:0). In comparison with the HFD mice, LPC (17:0) significantly improved the features of T2D and insulin resistance in the HFD-fed DIO mice, indicated by the decreasing body weight, 6h-fasted blood glucose, HbA1c level and HOMA-IR (Figure 1A–E), but it has no significant effect on the normal diet mice (Figure S2). We also observed that plasma insulin levels increased in LPC (17:0) treated mice with increased GLP-1 expression (Figure 1D and F). HFD mice displayed apparent insulin resistance (Figure 1G–J), however, in the oral glucose tolerance test (OGTT), HFD mice treated by LPC (17:0) showed decrease of blood glucose levels at 40, 80 and 120 min compared with the HFD mice (Figure 1G). The AUC of LPC (17:0) group was much lower than that in the HFD group (Figure 1H). The above insulin sensitizing effects were also proved by ITT test (Figure 1I and J), which together indicated the role of LPC (17:0) in the control of blood glucose level and insulin resistance. As shown in Figure 1K–N, compared with the normal C57BL/6J mice, the HFD-treated mice showed significant elevation in the levels of blood lipids, including TG (Figure 1K), TC (Figure 1L) and LDL-C (Figure 1M). After 8 weeks of LPC (17:0) treatment, the serum TG, TC, LDL-C concentrations were significantly lowered (P < 0.05). Moreover, the size of adipocytes in the white adipose tissue (WAT) of LPC (17:0)-treated mice was reduced, indicating the improved adipose steatosis by LPC (17:0) (Figure 1O).

As reported in the references, LPCs are the natural ligand of G-Protein-coupled receptors (GPCR), such as GPR40, GPR55 and GPR119.9,10 GPR75, GPR151, GIPR and CALCR have been reported to be responsible for obesity,11 and GPR55, GPR119, GPR120, GPR40, GPR43 are closely related to insulin secretion and metabolic syndrome.12–16 Therefore, we selected 11 related genes of the GPCR family to detect their mRNA expression with qPCR technique (the primers are shown in Table 1). Quantitative expression profiling at the mRNA level showed that 2 genes (Gpr151 and Calcr) in hypothalamus and 2 genes (Gpr120 and Gpr35) in intestine of LPC (17:0) treated mice were expressed about 1.2–3-fold more than that in HFD-fed mice, respectively (Figure 2).

In our previous serum non-targeted metabolomics analysis, we identified 1000 participants from five centers in China (permission No. 2017-keyanlunshen-35). Of all metabolites measured, we found LPC (17:0) was negatively correlated with T2DM significantly (Figure S1B).7 Over the last decades, LPCs have shown a variety of biological functions in cellular proliferation, inflammation and glucose metabolism.17,18 For example, Yea et al reported LPC (16:0), LPC (12:0) and LPC (14:0) had a blood glucose lowering effect in STZ-induced insulin deficient mice, furthermore, they found LPC (18:0) and LPC (20:0) did not reduce the blood glucose, and they speculated that variations in the chain lengths of LPC will affect LPCs’ biological functions.19 LPC (17:0) belongs to the lysophospholipids and has an odd-number carbon long chain fatty acid, which is consistent with Prada’s report that plasma odd-chain saturated fatty acids are inversely associated with type 2 diabetes risk.8 Therefore, we mainly evaluated the effect of LPC (17:0) on hyperglycemia and related metabolic disorders in insulin resistant mice induced by high-fat diet, and further analyzed its downstreamed mechanism.

The present study provides evidence that LPC (17:0) can improve HFD-induced hyperglycemia and related metabolic disorders by lowered body weight, fasted blood glucose and HbA1c, as well as increased HOMA-IR and insulin level (Figure 1). Meanwhile, we observed the GLP-1 concentration in serum was increased; GLP-1 is an intestinal glucagon hormone secreted by L cells of the lower digestive tract, and GLP-1 receptor agonists can stimulate the secretion of insulin in a blood glucose-dependent manner,20 so we speculated that LPC (17:0) improves insulin resistance by activating GLP-1 to stimulate insulin secretion. Since LPC (18:1) was recognized as the first endogenous ligand of GPR119 to stimulate rat insulin secretion by activating GLP-1,13 LPC attracted researchers’ attention and has become an important drug target.16 In our study, we selected 11 GPCR receptors related to obesity, insulin secretion and metabolic syndrome to perform a mechanism study, and the results demonstrated that LPC (17:0) acts as a potential anti-diabetes molecule increasing GPR35, GPR120 and CALCR receptors’ expression in the intestine or hypothalamus. GPR120 has been reported to be expressed in the intestine and adipose tissue, and it was activated by the long chain fatty acid and stimulated the secretion of GLP-1 to improve insulin resistance.15 CALCR was reported to be associated with lower BMI; it is expressed in the hypothalamus, responsible for satiety, delayed gastric emptying and weight control.11 Our results also showed LPC (17:0) can increase CALCR expression, which suggested that LPC (17:0) can reduce body weight by promoting the expression of CALCR and inhibiting appetite (Figure S3). cAMP is the second messenger of GPCR, when exogenous substances activated GPCR receptors, intracellular cAMP concentration increased and further regulated downstream signal transduction. In our study, we also observed the accumulation of cAMP; combined with the previous GLP1 elevation and increased insulin secretion, we deduced that GLP1 promoted insulin secretion by increasing intracellular cAMP accumulation through GPCR receptor expression.13 Activation of GPR40, GPR55, GPR119 and GPR120 by LPCs has been reported to potentiate insulin secretion, but their research objects were LPC (12:0), LPC (14:0), LPC (16:0), LPC (18:0) and LPC (18:1), which bear the even-number carbon long chain fatty acid.9 However, as we did not see an increase of GPR55/GPR119/GPR40 expression in our experiment, we speculate that there may be differences between the LPCs bearing odd or even number carbon chain in the activation of GPCRs. We will continue to solve this problem in a future in-depth study.

In conclusion, our study demonstrated that LPC (17:0) is a potent drug candidate or health food additive for insulin resistance and hyperglycemia, which is indicated by reducing weight gain, lowering HbA1c level, and improving insulin resistance, lipid dysfunction. And it can activate GLP-1 by increasing the expression of GPR355/GPR120/CALCR, thus promoting insulin secretion. We hope that our research will help people to have a deeper understanding of the effect of LPC (17:0) and recognize the unique biological mechanism of LPC bearing an odd-number carbon long chain fatty acid.

This work was supported by the National Natural Science Foundation of China (grant number 82073741).

The authors report no conflicts of interest in this work. 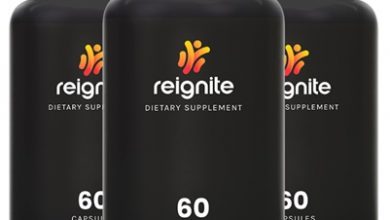 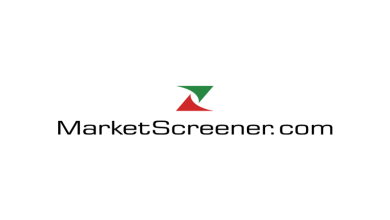 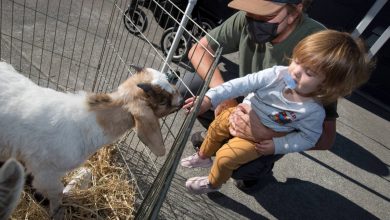 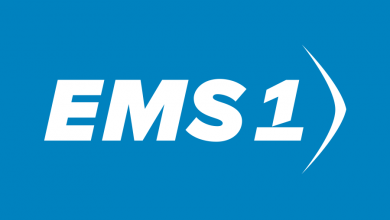