Lyft and Uber said this week they will fully cover legal fees for their respective drivers who are south under Oklahoma’s anticipated restrictive abortion law.

The Oklahoma House on Thursday passed the Texas-style ban that prohibits most abortions after about six weeks of pregnancy, a time period before many women have even discovered they’re pregnant. The so-called Oklahoma Heartbeat Act now goes to Republican Gov. Kevin Stitt, who is expected to sign it within days.

Like the Texas law, people aiding the procedure, including doctors, people paying for the procedure and clinic workers are at risk. That includes rideshare drivers who can be punished for transporting women to clinics to receive abortions, where they could be fined up to $10,000. Abortion rights activists and providers argue these laws effectively overturn protections set under Roe v. Wade in 1973.

“Women’s access to health care is under attack again, this time in Oklahoma,” Lyft CEO Logan Green said in a tweeted statement. “Lyft drivers are once again caught in the middle just for getting people where they need to go. We believe transportation shouldn’t be a barrier to accessing health care and it’s our duty to support both our rider and driver communities.”

Lyft and Uber first announced protections for drivers in Texas after its restrictive abortion law took effect in September. Now, the rideshare companies are extending that help to drivers in Oklahoma.

“Like in TX, we intend to cover all legal fees for any driver sued under this law while they’re driving,” an Uber spokesman told CNBC in an email.

In addition, for women in Oklahoma and Texas who seek out-of-state abortion care, Lyft is working with health provider partners to create a “safe state” program that would cover the costs of transportation to airports and clinics.

Lyft will also cover travel costs for its employees enrolled in US medical benefits, which include coverage for elective abortion, if the laws require travel outside of Texas or Oklahoma to find care.

“This law is incompatible with people’s basic rights to privacy, our community guidelines, the spirit of rideshare, and our values ​​as a company,” Lyft said in a blog post. 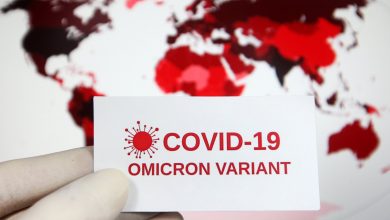 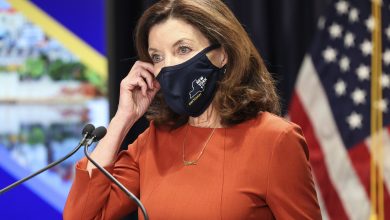 New York State reports the highest number of daily Covid cases in the entire pandemic, at more than 21,000