Screening of implantable loop recorders (ILR) can result in a 3-fold increase in detection of atrial fibrillation and the initiation of necessary oral anticoagulation therapy, but does not significantly reduce the risk of stroke or systemic arterial embolism in high-risk patients. This is evident from research published in the Lancet.

The LOOP study (ClinicalTrials.gov Identifier: NCT02036450) is a investigator-initiated, multicenter, open-label, randomized controlled study at 4 centers in Denmark. Participants were between 70 and 90 years old and had either high blood pressure, diabetes, stroke, or heart failure and had no atrial fibrillation, a history of atrial fibrillation, no pacemaker, or were taking anticoagulant medication, or were contraindicated to anticoagulation.

Participants were randomly assigned in a 1: 3 ratio to either the intervention group – who received an ILR – or the control group who received the usual care. Baseline assessments were performed for detailed medical history, medication prescriptions, vital signs, and blood samples. ILR implantation took place 4 weeks after randomization, and all participants in this group were followed up daily using automated continuous ECG monitoring. When atrial fibrillation lasting 6 minutes was detected, patients were contacted and recommended that oral anticoagulation therapy be initiated.

In the ILR group, 94.6% of the participants received ILR, with a median time from randomization to implantation of 24 days (interquartile range [IQR], 27-35). The median duration of follow-up was 39.3 months (IQR, 8-41.5). ILR monitoring was terminated prematurely in 11.7% of the subjects, and no participant in the control group received ILR during the study.

A total of 4.6% of 910 patients with atrial fibrillation who initiated oral anticoagulation therapy discontinued treatment (5.8% in the ILR group and 3.6% in the control group); the median time from onset to discontinuation was 16.8 months (IQR, 2.73-31.5).

A total of 318 participants experienced the primary outcome of a stroke or systemic arterial embolism (269 ischemic strokes, 40 hemorrhagic strokes, 6 unspecified strokes and 3 systemic arterial embolisms): 4.5% in the ILR group and 5.6% in the of the control group, equal to 0.88 and 1.09 events per 100 person-years, respectively. No significant difference was found between the groups (HR 0.80; 95% CI 0.61-1.05).

Within the ILR group, 17 participants suffered a stroke or systemic embolism after the onset of atrial fibrillation; 88.2% of these patients had already started oral anticoagulation, most episodes were short-lived, and the time from atrial fibrillation to stroke ranged from 0 to 42 months.

Of the 1420 participants who received an ILR device, 0.6% reported complications resulting in device explantation; The median time from implantation to explantation was 40 days (IQR, 22-51). Eight of these participants received a new implant to resume remote monitoring. Other adverse events included major bleeding (4.3% and 3.5% of the ILR and control groups, respectively) and hemorrhagic stroke (0.8% and 0.8%, respectively).

Limitations of the study include the use of registries to identify and recruit potential participants, which can create bias in healthy users, and the fact that asymptomatic atrial fibrillation is detected in both short- and long-term episodes.

Disclosure: Several study authors stated links with the pharmaceutical industry. For a full list of the author’s disclosures, see the original reference. 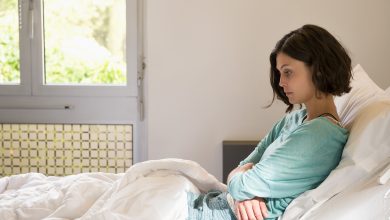 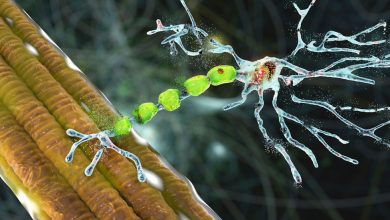