Disclosure:
Ross does not report any relevant financial information.

The goal of ending the 40-year HIV / AIDS epidemic in the US is by 2030. However, the ongoing threat of HIV / AIDS, given the lingering stigma, has cast doubt that 2030 is a realistic target.

By the end of 2019, 32.7 million people had died of AIDS worldwide, with around 700,000 deaths annually. In the United States, an estimated 1.2 million Americans have HIV, including 37,968 new diagnoses in 2018. Lower prevalence between individuals and communities is due to advances in pharmacological therapies that are built into non-pharmacological prevention practices. PrEP and post-exposure prophylaxis have been shown to be effective strategies, but there are still gaps in prevention. Long-acting injectable formulations, namely cabotegravir, have shown superiority over traditional PrEP regimens. An HIV / AIDS vaccine is the ultimate silver bullet. Cabotegravir is an impressive alternative strategy now.

The FDA has approved two once-daily antiretroviral combinations for HIV-1 PrEP. Tenofovir disoproxil fumarate / emtricitabine (TDF / FTC) is generally considered to be first-line therapy, followed by tenofovir dalafenamide / emtricitabine (TAF / FTC). The preventive effectiveness of Daily TDF / FTC is proportional to compliance and reduces the risk of HIV infection by over 99%. TDF / FTC PrEP has shown effectiveness in men who have sex with men (MSM), transgender women, people who inject drugs, and heterosexuals with HIV-positive partners, prompting the U.S. Preventive Task Force to set up a Class A recommendation for this regimen in 2019. TAF / FTC has been less studied for PrEP. A single study showed that TAF / FTC was not inferior to TDF / FTC in gay and bisexual men and a small number of transgender women.

TAF / FTC has largely replaced TDF / FTC in HIV-1 treatment. TAF / FTC PrEP uptake was slower, possibly due to the fact that cost in the US remains a major barrier to PrEP. Although TAF reaches higher drug levels faster than TDF in peripheral blood cells, TAF delivers lower concentrations in the genital and rectal mucosa. The effects of the transmission of infection are unknown. Based on a side effect profile, TDF / FTC was associated with decreases in biomarkers of renal glomerular function and bone mineral density, while TAF / FTC was associated with weight and hyperlipidemia. In the direct TDF / FTC vs. TAF / FTC PrEP study, no patients discontinued therapy because of side effects. Both options have similar challenges in patients with very low levels of HIV exposure. The large pill load and disproportionate cost may outweigh the observed high effectiveness in compliance.

Cabotegravir is a novel integrase strand transfer inhibitor that is being investigated for the treatment of HIV-1 (in combination with long-acting rilpivirine) and as a single agent for PrEP. The FDA recognized cabotegravir as a breakthrough therapy for PrEP last November. Cabotegravir has been studied both as an oral formulation (30 mg tablet) and as a long-acting, injectable nanosuspension (600 mg). The half-lives of the oral and injectable preparations are 40 hours and 21 to 50 days, respectively, which has potential therapeutic effects. Patients will likely need to start oral cabotegravir for some time before switching to the long-acting injectable to ensure tolerance. Another implication of the therapy is that the long-acting injection remains in the plasma in detectable but sub-therapeutic amounts months after an intramuscular injection. This can increase the risk of resistance to cabotegravir. Although cabotegravir is a structural analogue of dolutegravir, it does not have such a high barrier to resistance. Preliminary data from two studies show promise for an alternative PrEP option to daily therapies.

The HIV Prevention Trials Network (HPTN), a global research collaboration, has two ongoing cabotegravir PrEP trials. Preliminary data from HPTN 083, a Phase 2b / 3 study, was presented at the International AIDS Society 2020 virtual conference. The interim analysis showed that an 8-week injectable cabotegravir regimen resulted in three times fewer HIV infections than those given a standard daily oral PrEP regimen consisting of TDF / FTC. In this randomized, double-blind study, 4,566 MSM (approximately 88%) and transgender women (12%) received either oral cabotegravir (30 mg tablet daily) for 5 weeks, followed by intramuscular cabotegravir (600 mg once every 4 weeks for two doses, then) every 8 weeks in a clinic) or the standard TDF / FTC regimen at 43 different locations in seven countries. Patients had to take the placebo formulation of the unassigned regimen. The median age was 25 years, with nearly half of the patients in the United States being African American. Thirteen patients in the cabotegravir cohort acquired HIV at the end of the study compared to 39 patients in the TDF / FTC arm. Three of the HIV infections in the cabotegravir cohort occurred during the oral therapy phase, five after an extended break from intramuscular cabotegravir, and five while optimally adhering to intramuscular cabotegravir. Notably, about 75% of patients in the TDF / FTC arm had drug levels that correlated with a high level of protection. This study was stopped prematurely because cabotegravir showed superiority in the interim results.

More recently, researchers announced initial data from HPTN 084, a double-blind, randomized phase 3 study that compares the efficacy of long-acting intramuscular cabotegravir with daily TDF / FTC for HIV-PrEP in cisgender women in southern Africa Sahara was rated. The same oral to intramuscular cabotegravir regimen was followed. The study enrolled 3,223 participants with an average age of 26 years. Overall, 82% of women did not live with a partner, 55% reported two or more partners in the past month, and 34% reported having a primary partner who either lives with HIV or has an unknown HIV status. A total of 38 HIV infections occurred in the follow-up period, four of them in the cabotegravir cohort and 34 in the TDF / FTC group. The most commonly associated adverse reactions in the cabotegravir group were headache, as well as discomfort, tenderness, swelling and possibly small lumps at the injection site. Similar to HPTN 083, this study was terminated prematurely because of superior results. [Editor’s note: For reaction to the results of HPTN 084, click here.]

The first results from the long-acting cabotegravir study are exciting. It has strong potential to be another pharmacological PrEP therapy as a more effective long-term option compared to an already excellent oral regimen. Both are still dependent on compliance. Only a vaccine prevents patients from taking a tablet a day, going to a clinic or pharmacy monthly or bimonthly, or even taking a pill-in-the-pocket approach. In the age of PrEP, there are many complexities in the design of vaccine trials, but progress is being made in ending the HIV epidemic. The question that remains is whether this progress will be enough to meet the bold goal for 2030. As Benjamin Franklin once said, “An ounce of prevention is worth a pound of cure.” 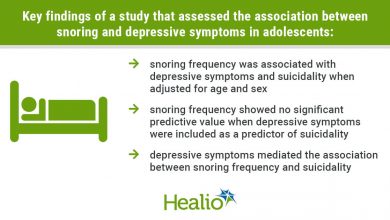 Adolescents who snore have more severe symptoms of depression, suicidality 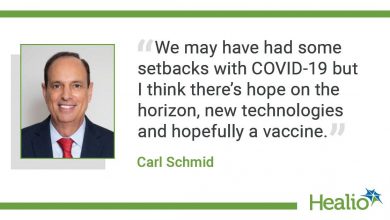 At the UN meeting, the heads of state and government once again committed themselves to the fight against HIV / AIDS