KHLOE Kardashian has clapped back after reportedly being sued for “distress” for taking part in goat yoga.

The reality star, 38, has allegedly been hit with a $5,000 lawsuit by a singer in Tennessee after participating in the activity with Kevin Hart back in 2018.

Khloe Kardashian clapped back after reportedly being sued for ‘distress’ for taking part in goat yogaCredit: YouTube/LolNetwork

She did goat yoga with comedian Kevin Hart in 2018Credit: YouTube/LolNetwork

She shared a screenshot of the news that a singer in Tennessee is reportedly suing herCredit: Instagram/khloekardashian

Khloe did goat yoga with comedian Kevin during an episode of his YouTube show, Kevin Hart: What The Fit.

In the episode, she fed a goat, cradled it and screeched as one of them jumped on her back.

On Monday, Khloe shared a screenshot on her Instagram Story of an email to her representative from a journalist who informed them of the alleged lawsuit.

The email claimed there’s a “lawsuit against Khloe filed by singer [blanked out] in Tennessee”.

It went on: “He’s claiming emotional distress after watching her participate in goat yoga. He $5,000.”

Khloe asked fans in a poll, “How should I respond?” before giving three options.

They included, “Send him a goat to calm his distress,” “Counter sue – now I’m distressed,” and, “Start a goat yoga business.”

The mother-of-two also included grabs of her and Kevin doing goat yoga.

Alongside a snap of her and the comedian cradling the goats in their arms, she wrote: “I guess not even goat yoga is safe anymore.

Meanwhile, Khloe hit the headlines again last week when she was spotted cozying up to 365 days actor Michele Morrone.

The Kardashians star pressed her body against the Italian actor, who wrapped a hand around her waist as they posed for a photo during Milan Fashion Week.

Michele sparked rumors he’s dating Khloe when he shared the intimate photo on his Instagram Story.

They packed on the PDA once again at a nightclub just hours later.

The speculation comes after Khloe welcomed her second child with her ex Tristan Thompson, a baby son, via surrogate.

Her rep confirmed that the baby was conceived in November, shortly before she had dumped her cheating ex for good.

In the second season premiere of The Kardashians on Hulu, Khloe addressed Tristan’s cheating and her new baby for the first time.

She took a deep breath before she said: “There is something that I do need to talk about.

“That day when you guys were shooting with Kim about Tristan and you guys found out that Tristan was having a baby with somebody else, there was just something I wasn’t ready to talk about.

She went on, choking back tears: “And obviously it’s just really private and I don’t want this to get out because I want to protect my mental wellbeing as well as the surrogates and all of that.”

Even Kim was left shocked when Khloe first told her she was having another baby with Tristan.

The mother-of-four was stunned and said, “Oh my God” after Khloe admitted she had undergone an embryo transfer.

Khloe fed a goat milk in her lap at one point in the episodeCredit: YouTube/LolNetwork

She hit out at the alleged lawsuit on her Instagram StoriesCredit: Instagram/khloekardashian

We pay for your stories!

Do you have a story for The US Sun team? 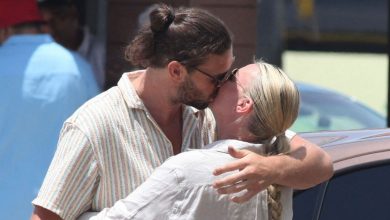 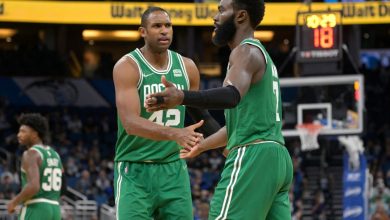 Boston may not like what they see, but it’s time for change