Some studies on mice show that cannabis makes cancer better, while others show it makes cancer worse. What did the one and only human clinical trial to date find?

“Cannabis and cancer: reality or pipe dream quackery?” I tackle that question in my video Can Cannabis Cure Cancer?. “Among alternative cancer treatments, cannabis inhabits a peculiarly politicized position, hailed as a suppressed panacea by some, denounced as a psychosis-inducing and illegal drug by others….At the far end of the spectrum are those who insist cannabis…has helped cure their cancer.” “The promise, and even the hype, can reach hysterical proportions, with claims of cannabis cancer cures circulating in cyberspace at a furious pace.”

Sometimes, a patient will have a cancer that is curable with conventional therapies, such as surgically removing it before it spreads, but chooses to forgo that treatment in favor of a purported cure that has a “large number of online testimonials.”

Yes, as you can see in the graph and at 0:54 in my Video, cannabis compounds like THC can reduce brain tumor volume in mice or suppress cancer cell growth in a petri dish, but “mice and rats are not people, and what is observed in vitro does not necessarily translate into human clinical medicine.” Does it hurt to just give it a try, though? Well, there is other evidence that cannabis compounds “may encourage cancer cell growth.” Indeed, research indicates that THC may inhibit antitumor immunity or induce cancer cell proliferation, as well as enhance breast cancer growth and metastasis by suppression of the antitumor immune response—at least in mouse mammary tumors. You don’t know what happens in people…until you put it to the test. But, due to legal reasons, few human studies have been done. Thankfully, “after years of deep freeze on cannabis-related research, funding, and materials, a thaw is starting.” But, where do you even start?

Well, if cannabis compounds—cannabinoids—”are postulated to have a potential anticancer effect working through the CB1 [cannabinoid] receptors, it would follow that the brain—where the CB1 receptor is the most densely populated…receptor—would be a good place to start the investigation.”

“One of the most devastating forms of cancer is glioblastoma,” a fast-growing type of malignant brain tumor, and that’s the first cancer that was put to the test.

Cannabis compounds sometimes inhibit tumor growth in lab animals, but their anti-tumor effects hadn’t been tested in humans until recently. Finally, the first clinical study on cancer was conducted—a pilot study of nine patients with recurrent glioblastoma, meaning they had had their tumors cut out and then received radiation treatments, but their cancer returned and was growing. The researchers administered THC straight into their tumors. The study participants went back into surgery, had a scoop carved out of the center of their tumors. A catheter was inserted into the middle and the other end stuck out of their heads, and researchers dripped THC directly into the tumor with a syringe. THC had already been tested on biopsy specimens and showed it was able to kill off some of the cancer cells in a petri dish. What happened when it was tried on the patients themselves? The patients all died in a matter of months.

As you can see in the graph and at 3:39 in my Video, in a few subjects, it seemed THC may have worked for a few weeks, but then their tumors began growing again despite repeated treatments. The patient with the most dramatic result was a 35-year-old man. At four weeks, his tumor had shrunk dramatically, but then it came back with a vengeance and, despite more infusions, his condition worsened and then he was gone. With no control group, the effect of the treatment on overall survival is unclear.

That was both the first clinical trial on cancer and the only clinical trial on cancer, and it was published more than a decade ago. There’s some good news, though: There are more than 15 trials currently underground. The most exciting one may be a phase-two trial in Israel, once again looking at “advanced cancers that have progressed through all standard treatments.” In the meanwhile, if you are undergoing a standard treatment like chemotherapy, at least we know that cannabis may help with some of the side effects.

In case you missed it, check out my previous video, Does Marijuana Cause Lung Cancer?. 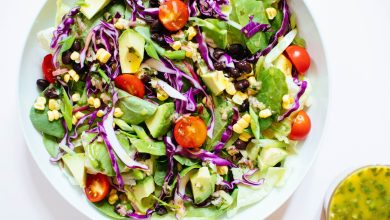 What to Eat to Stop Undereating 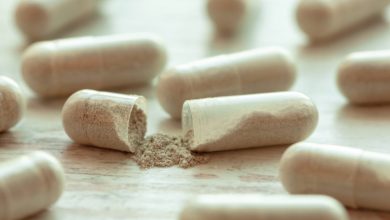 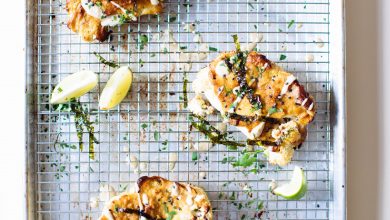 4 Balanced Sheet Pan Recipes You Have To Try 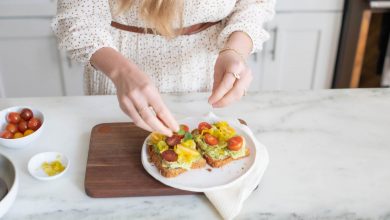