The Asian mosquito Anopheles stephensi, linked to a 40-fold increase in malaria cases in Djibouti over the last decade, has been blamed for an unprecedented dry-season malaria outbreak in Ethiopia, according to a study.

Although most malaria in Africa is spread by the Anopheles gambiae mosquito, a 2,400-case outbreak earlier this year in Dire Dawa, Ethiopia, during its dry season drew the attention of researchers who found the outbreak was caused by A. stephensi, a mosquito native to South Asia that is relatively resistant to insecticides.

They reported their findings at the American Society of Tropical Medicine & Hygiene’s 2022 annual meeting.

“Malaria in Africa is typically associated with rainy seasons in rural areas, but this mosquito produced a 10-fold spike in malaria infections in just 3 weeks in an urban area during a dry season,” study author Fitsum G. Tadesse, PhD, a molecular biologist at the Armauer Hansen Research Institute in Addis Ababa, Ethiopia, said in a press release.

According to Tadesse, the researchers believed the outbreak in Dire Dawa could be A. stephensi because the city is a rail hub linked to Djibouti, where the mosquito is suspected to have caused a rising number of malaria cases since at least 2013.

From January through May 2022, the outbreak in Ethiopia included 2,408 cases, compared with 205 cases in all of 2019. For their study, Tadesse and colleagues tested and compared samples from 213 family members of 98 people who received a positive rapid diagnostic test (RDT ) for Plasmodium falciparum with 213 RDT-negative family members.

Household members of index malaria cases were more likely to be RDT positive than the RDT-negative control group, and more larval mosquito habitats were detected around households with multiple cases with higher densities of A. stephensi larva.

Although A. stephensi mosquitoes are found near bodies of water, they “thrive in urban and rural environments and persist throughout the dry season by breeding in artificial containers,” Tadesse and colleagues wrote in their abstract.

Of all Anopheles mosquitoes collected by the researchers, 97% were A. stephensi and, among them, nearly 9% tested positive for Plasmodium sporozoites, leading the researchers to conclude the Dire Dawa outbreak was caused by the invasive mosquito.

Tadesse said the mosquitoes are one of the best-known malaria vectors that thrive in artificial water-storage containers, which is not typical of the mosquitoes that spread malaria in Africa.

“This mosquito’s ability to persist in the dry season and in urban environments has the potential to alter the landscape of malaria in Africa,” Sarah Zohdy, PhD, a disease ecologist and A. stephensi expert at the CDC, said in the press release.

“It could change malaria to expand from a predominantly rural disease to both a rural and urban challenge that also impacts Africa’s rapidly growing and densely populated cities, where infection rates have been comparatively low,” Zohdy said.

The A. stephensi mosquito was first reported in Djibouti in 2012, causing a “startling increase” in urban malaria cases, although Tadesse said the threat of the mosquitoes — which are a primary malaria vector in India and Iran, and likely arrived in the East African country in shipping containers — was not recognized until 2020. The CDC called attention to the mosquito’s spread on World Mosquito Day in 2020.

Another study presented at the meeting reported evidence that the mosquito is “ubiquitous” in and around households in nine states in Sudan, and it has been confirmed in Nigeria, Somalia and Sudan. Zohdy said nations may follow a pattern similar to Djibouti, with a lag between the mosquito being detected and malaria case numbers surging.

In recent years, there has been concern that efforts against malaria are flagging, including a 2019 WHO report suggesting that years of progress appeared to be reversing. In 2020, WHO said malaria deaths could double because of interruptions caused by COVID-19.

There also has been some progress, including the introduction of the first WHO-recommended vaccine against malaria. A second vaccine entered phase 3 testing recently after demonstrating an efficacy near 80%.

In September, WHO announced a new initiative aimed specifically at stopping the spread of A. stephensi. The effort includes increased collaboration in the region, strengthening surveillance to better determine the species’ spread, improving information exchange, developing guidance for methods of dealing with the species and prioritizing the development of tools against the mosquitoes.

“We should be careful about considering it just as a container breeder,” Tadesse said. “It can survive in manmade or natural water sources. It can also feed on animals or humans. Basically, our findings indicate it can survive anywhere, so we need to be looking for this mosquito in places where, previously, people were not expecting to find it.” 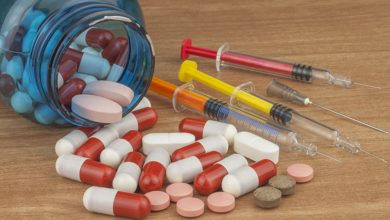 Dexamethasone at discharge for COVID-19 does not reduce readmission, mortality 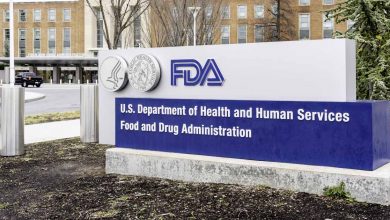 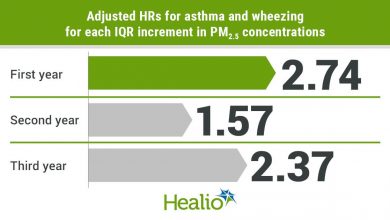