Fever, angioedema, joint involvement and gastrointestinal symptoms were among the factors that predicted ED and urgent care reutilization among children with amoxicillin-associated reactions, according to study results.

Recognizing the clinical features and treatment gaps associated with this reutilization, however, could guide interventions to optimize care for these children, Susan S. Xie, MD, clinical fellow in the division of allergy and immunology at Cincinnati Children’s Hospital Medical Center, and colleagues wrote in the study, published in The Journal of Allergy and Clinical Immunology: In Practice.

In a companion analysis of this cohort, the researchers calculated these children had a 10% ED and urgent care reutilization rate.

In the current analysis, Xie and colleagues sought to identify clinical features associated with reutilization, as well as how providers managed these AARs.

Overall, 355 of the patients had an urticarial rash, 27 had erythema multiforme-like rash (EMLR), 246 had maculopapular exanthem (MPE) and 40 had a resolved or other rash at the time of their ED or urgent care exam.

Sixty-six of the patients (10%) returned for multiple encounters, including 56 with two encounters, nine with three and one with an ED encounter followed by direct inpatient admission.

Still, researchers found that not all these clinical features were evident at the first encounter, noting that reutilizers had significantly different distributions in rash phenotype (P = .001) and that angioedema during the initial encounter was the main systemic feature associated with reutilization (P = .012). Conversely, fever, joint involvement, gastrointestinal symptoms and other systemic issues did not significantly manifest until after the initial encounter, reflecting a progression of AAR symptoms.

Approaches for treating AARs included withdrawing the antibiotic and recommending and/or prescribing antihistamines for rashes and swelling, NSAIDs for fever and joint pain and systemic corticosteroids for more severe symptoms.

A greater proportion of the reutilizers received documented recommendations for oral corticosteroids (41% vs 10%; P < .001), antihistamines (89% vs 74%; P = .006) and NSAIDs (82% vs 53%; P<.001) during their AAR course than the single-encounter patients, although the groups did not have any significant differences in pharmacologic management during the initial encounter.

Also during the initial encounter, providers instructed patients to follow up with their primary care provider in a median of 2 days (IQR, 2-3 days), but the reutilizers returned to the ED or urgent care within a median of only 19 hours ( IQR, 12-34 hours).

The researchers found that providers advised patients to return to the ED immediately for symptoms such as lip or tongue swelling, trouble swallowing and worsening rash, among others, but when they offered anticipatory guidance, it typically involved one-page handouts and/or documented counseling . Discharge information sheets for drug rashes often failed to acknowledge the varying rash morphologies of AARs, the expected evolution of rash appearance, or potential development of fever, joint symptoms or angioedema.

The researchers further found inappropriate use of discharge information sheets, such as a majority of patients with urticarial rashes receiving a handout on EMLRs and Stevens-Johnson syndrome.

The researchers next created a predictive model to assess risk factors associated with care reutilization.

The researchers providers advised to address potential development of systemic symptoms in counseling caregivers and recommending follow-up to help decrease reutilization among children with AARs.

First, the researchers recommended scheduling follow-ups with PCPs within 24 hours, especially for patients with high-risk features.

Second, the researchers recommended scheduling nonsedating, long-acting H1 and/or H2 antagonists for urticarial rashes until symptoms improve to reduce side effects and minimize breakthrough symptoms, as well as NSAIDs for fever and joint pain.

Third, the researchers provided a discharge information sheet for drug rashes, adding that educational interventions for providers about facial and acral angioedema could also be beneficial.

Further prospective studies could help determine whether these proposals would be effective in reducing clinically unnecessary ED and urgent care reutilization for children with AARs and promote appropriate drug allergy evaluations. 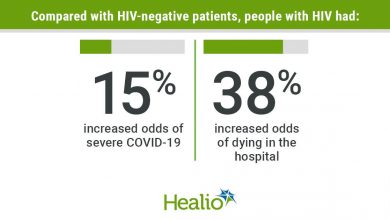 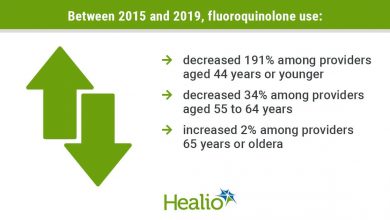 Fluoroquinolone usage varies significantly depending on the age of the provider 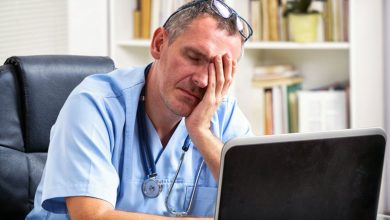