Intermittent fasting (IF) has been popularized for its supposed health benefits, which are backed by some research.

But new findings published in Eating Behaviors from the University of Toronto have linked intermittent fasting with disordered eating and potentially dangerous, compulsive behaviors.

According to Dr. Jessica Folek, director of bariatric surgery at Long Island Jewish Forest Hills, part of Northwell Health in New York, IF is an eating regimen characterized by cycles of fasting and time-restricted eating.

“These include time-restricted eating,” she told Healthline.

“IF has become very popular, and some studies have shown IF to be effective for weight loss,” she said.

“However, there is a lack of long-term studies and studies with conflicting results.

The University of Toronto study analyzed data from nearly 3,000 adolescents and young adults originally collected by the Canadian Study of Adolescent Health Behaviors.

Researchers discovered an association between IF and all disordered eating behaviors in women.

“For men, those who tried the diet routine were also more likely to report compulsive exercise.”

Ganson added that he wasn’t surprised by the findings.

Ganson and team found the prevalence of intermittent fasting behaviors among adolescents and young adults was significant.

Findings indicate that 38 percent of men, 47 percent of women, and a little over half of gender non-conforming or transgender individuals reported practicing IF in the past 12 months.

Participants also reported fasting for an average of 100 days in the past 12 months.

“Additionally, it was concerning that IF was associated with many dangerous behaviors among young women, including compulsive exercise, laxative use, and vomiting,” Ganson said.

dr Timothy B. Sullivan, chair of psychiatry and behavioral sciences at Staten Island University Hospital in New York, told Healthline that fasting could produce a temporary state of pleasure or relief from distress.

“Similar to self-harming behavior, fasting may, in vulnerable individuals, be reinforced via reward pathways in the brain because the behavior alleviates anxiety or other unpleasant moods,” he said.

Sullivan added that fasting behavior might reinforce a distorted self-image or other “compulsive thoughts and behaviors” in those who feel they must lose weight to achieve social acceptance.

He pointed out that young people are already at increased risk of developing an eating disorder.

“Studies show that adolescents and young adults, as a group, are at increased risk of eating disorders,” Sullivan said.

“Women, for reasons that are not completely understood, are at increased risk relative to men, and transgendered persons are at especially increased risk.”

Folek said some studies show IF has benefits that include “ameliorating gut hormone levels, specifically lowering insulin levels, which decreases our risk for insulin resistance and diabetes, decreased markers for inflammation, and decreased visceral fat.

She added that more rigorous studies are needed to validate these results, and recent research didn’t show the benefits of using IF.

“A recent randomized controlled trial did not demonstrate superior weight loss in comparison to traditional calorie restriction diets,” she confirmed.

According to Folek, that study demonstrated a concerning, significant decrease in muscle mass compared to traditional diets.

“This is concerning as this could significantly decrease one’s metabolic rate, which also has been shown to result in weight regaining down the road.”

“The treatment of eating disorders is complex and typically managed by an interdisciplinary team in a specialty program or clinic,” Sullivan said.

He added that treatment can include medications but always includes counseling and behavioral interventions that can decrease the “often-inadvertent environmental reinforcement of these harmful behaviors.”

According to Sullivan, eating a balanced diet, healthy exercise, maintaining supportive social networks, and addressing mood disturbance, whether it’s anxiety or depression, will all help to reduce the risk of someone developing an eating disorder.

Ganson said that IF shouldn’t be considered a “benign dietary trend.” Instead, he explained that it’s connected with a greater risk of eating disorder attitudes and behaviors.

Ganson noted that healthcare professionals should be aware of these potentially correlated behaviors and “understand contemporary dietary trends, like IF, are commonly discussed among young people, particularly on social media.”

He advised conducting more comprehensive assessments among young people related to dietary practices and that proper guidance be provided to them when necessary.

He emphasized that quick intervention is needed to reduce risks associated with this and other trends.

“The only way we can avoid serious adverse outcomes is to be alert for trends such as these and to intervene quickly when we see evolving health risks,” he said.

Despite its popularity and purported health benefits, a new study found that intermittent fasting may lead to unhealthy and even dangerous behaviors in adolescents and young adults.

Some individuals may be especially vulnerable to distorted self-image and dangerous, compulsive behaviors.

While the results of the study are concerning, more research is still needed to confirm whether intermittent fasting can promote healthy weight management in young people. 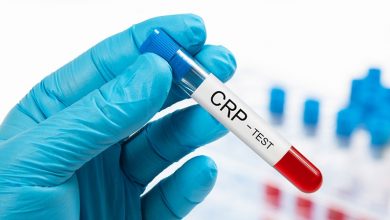 CRP May Flag Patients at Risk for Poststroke Delirium 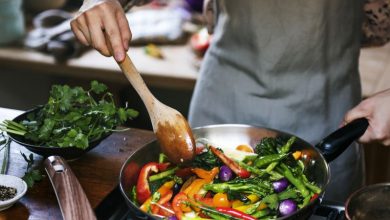 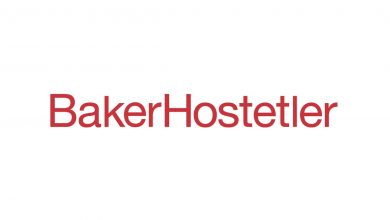