On Below Deck Down Under season 1, viewers met charter guest, Jourdi Bleu, and they want to learn more about her thriving yoga business.

Jourdi Bleu made her debut on the latest Below Deck Down Under episode, as a charter guest, and here’s all you need to know about her yoga business. After her appearance on the Bravo reality TV show, fans have been eager to learn more about Jourdi. They are especially curious about the successful yoga business that earned her enough money to board the Down Under yacht.

Jourdi’s appearance on Below Deck Down Under was very memorable. When Jordi was a part of the Below Deck spin-off series, she ended up kissing Down Under cast member Culver Bradbury, who has been romantically linked with Brittini Burton. Jourdi is an operations manager, a mindset life coach, and a teacher at This is Yoga Sydney. She also owns her own sober-focused company, Bondi X Party, which provides guests with good times, minus even a drop of alcohol.

Related: Below Deck Down Under: Why Fans Are Glad Chef Ryan Got Fired

Her This is Yoga company offers classes on Vinyasa flow and Yin yoga. For anyone who joins as a beginner, the foundation classes provided are centered around giving an introduction to Vinyasa. Yin is a cooling and calming practice that is suitable for all skill levels. Each week, This is Yoga, which is owned by Below Deck Down Under guest Jourdi, provides 115 classes across three studios (Randwick, Clovelly, and TIY Online). For people that prefer to attend a virtual class, their live streaming services feature a full timetable of daily Vinyasa Flow, Yin Yoga, and Conditioning & Meditation classes. Three of the most popular and in-demand pricing systems she offers are studio memberships, casual passes, and TIY online.

According to realitytitbit, Jourdi, who appeared on Below Deck Down Under season 1, got into yoga about 13 years ago, as she was introduced to it by her mother. This happened right after her competitive gymnastics career ground to a halt due to an injury that she sustained. When asked about what to expect from her class, Jourdi mentioned that she usually likes to take things slow and strong, in order to embody each pose and movement with each breath. She said, “My sequences are always creative and fun (planning classes is one of my favorite things to do) and I promise you’ll have a laugh as I let my bubbly, light-hearted personality shine through. I’m so excited to dive deeper into the teaching realm, as it’s morphing my relationship to yoga to a level I didn’t even think was possible.”

Below Deck Down Under charter guest Jourdi, who got along splendidly with the new BDDO cast members, is expected to hold her next yoga class on the June 26. This will take place at the Randwick studio, where each class will last for one hour. The Vinyasa class is scheduled for 4 pm, and the Yin Yoga session will take place at 5:15 pm The classes promise to be as fun and flexible as their instructor, Jourdi, is.

Next: Why Aesha Scott Is The Fan Favorite On Below Deck Down Under 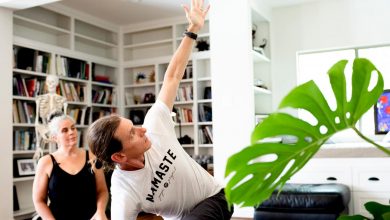 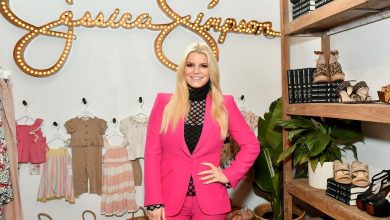 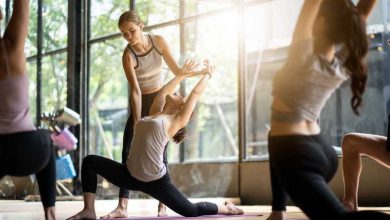 How to become a yoga teacher in the UK 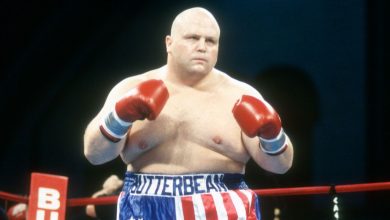