Although I have many intersectional identities, the proudest I’m an American. I immigrated to the US from India in the mid 1990s when I was 10 years old.

The color of my skin, name, accent, and ethnic background made me an outsider. In America, my new home, apparently many thought I adore cows and monkeys, I was called dirty, ugly and stupid. These attributes were accepted as fact.

As a young person I was brutally bullied because I was “different”, came from another country, was a “savage”, was a “Hindu pagan” and in addition to the numerous racist insults that have been thrown in my way, I was even physically beaten.

Despite this harsh treatment, I have rarely spoken out against these attacks and have concentrated on my education and my work. As someone with immigrant parents with limited resources, I wanted to make them proud by making something of myself. For me the best way was to assimilate that and be as close as possible to what I valued in America: wisdom.

I’ve changed everything about myself. I changed my looks, lost my Indian accent, and even called myself Andy to look whiter. Andy was actually a name given to me by a volunteer caregiver at a Brooklyn Methodist hospital because she thought my name was too difficult to pronounce.

My young mind couldn’t comprehend how destructive it all could be at the time, so instead I went with these newfound identities just to fit in. But in the early 2000s, I was walking down the street in New York all too often and I heard a voice scream, “Hey! Osama, go back where you came from!” My heart would sink At that point, I felt like I had changed everything about myself that I could. All I could do was push those comments deep inside me, move on, and ignore them.

This only lasted until my early 20s when the buildup of racial trauma and self-hatred I was experiencing came to a head and I was on the verge of killing myself. I found myself on the windowsill of my apartment on the 18th floor and considered jumping off. As I stood there, I thought of a queer Asian-American woman I had only met a few days ago. I looked at the tiny cars below and luckily had a moment of insight: that the stereotypes I had been reduced to were just ideas that had been immortalized over the centuries.

For some reason I got off the ledge and was forced to call the same woman. Within a few minutes she was in my apartment, sitting with me and comforting me. The fact that she was in my neighborhood at that very time; the fact that I had her number; and the fact that I called her – a virtual stranger – and she picked up and showed up remains a mystery to me to this day. I don’t remember much of what happened the rest of the night. All I remember is that she felt deeply compassionate for her and asked me to promise to go to my university counseling center.

I did. I went to therapy and it was incredibly helpful. At the time I was working in a pressure cooker setting, law school, and experiencing this racial trauma on a daily basis. Then as now, therapy was associated with many stigmata, especially as an Indian immigrant and colored person. But when you hit rock bottom you need a safe space and I started to stop thinking about the stigmatizations that come with getting help. I’ve tried a variety of methods including traditional talk therapy, desensitization and eye movement recovery (EMDR), somatic experience (SE), and indigenous oriented therapy (IFOT).

In addition, I attended a variety of silent meditation retreats and built a daily meditation practice, particularly around myself about loving-kindness. For two years, I meditated for at least 20 minutes a day, sending congratulations to myself and those parts of me that were still wounded. I really feel that this practice has helped me to come into my being like no other. I also became a certified yoga teacher in order to feel more embodied and to know my body in a way that I can feel comfortable living in it. I became a member of two solemn spiritual communities dedicated to social justice: Middle Collegiate Church and Insight Meditation Society. Finally, I started my journey with antidepressants. There is still so much shame about medication and I want to dispel that myth. They were a crucial part of my journey and I approached them with the conscious understanding that this was a temporary solution. I really wanted to heal.

Anu Gupta immigrated to the United States in the 1990s at the age of 10. The racial abuse he suffered severely affected his mental health.
Anu Gupta

Getting so close to suicide awakened me to my suffering and gave me another chance to truly celebrate the life I was given. As I started healing my own racial trauma, I saw a transformation in my relationship with the racial bias I was experiencing. Growing up in India, I was not aware of the caste system that pervaded society because I was born into the dominant caste of India. I have never interacted with those of the lowest caste, the Dalits, historically known as “the untouchables,” and I was told from an early age, “Don’t touch them. They are filthy.” It wasn’t always that clear, but there were encrypted messages everywhere that indicated their diminished status in our society. When my family moved to America, the tables turned and I slowly became an “untouchable caste” because of my ethnicity. This experience of felt sense and the understanding I developed led me to explore the relationship between ideas of race and caste in America. Nobody is born racist. Racism is learned, and I really believe that racism can be unlearned just as racism is learned. I do this every day now with my education technology company. I train hundreds of professionals in empathy and compassion to transform systemic racism and unconscious prejudice in their workplaces and communities.

Unlike many black, Latinx, indigenous or Asian people, I have not experienced the trauma of being physically assaulted or losing a family member to police murders in the past ten years. But I’ve seen numerous cases of racist gaslighting and microaggression just because of my nature, and it still happens.

The anti-racism movement that we’ve seen exponentially over the past year or so has been a long time coming. I am so grateful for all the people – of all skin colors – who raise their voices and demand that we live in a society without racism or caste. For me, an anti-racist is simply a person who can say, “I love you because you are human.” Race and racism force us to classify people according to our differences. They generate a “better than” or “worse than”.

I am still preoccupied with curiosity. And this, in turn, fueled my passion for educating others about caste, prejudice, and racial trauma. For me, unlearning about racism and all forms of prejudice is the key for us to truly unleash our full human potential. I believe that if we deal with our racist bias, we will move economies and societies forward. I hope others are brave enough to accompany me on this journey.

Anu Gupta is an activist, scientist, lawyer and founder of BE More with Anu. BE MORE is an edtech company that has trained over 20,000 business people in organizations like Amazon and Kaiser Permanente to overcome prejudice and promote diversity and equity. His work has been featured on Oprah and TED.

All views expressed in this article are the author’s own views.

If you have thoughts of suicide, the National Suicide Prevention Lifeline is free for confidential help. Call 1-800-273-8255. The line can be reached 24 hours a day. 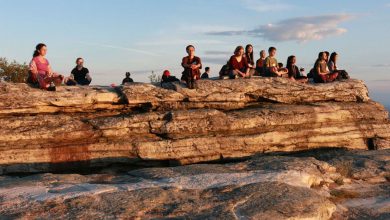 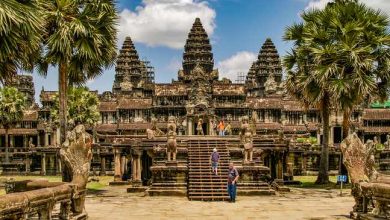 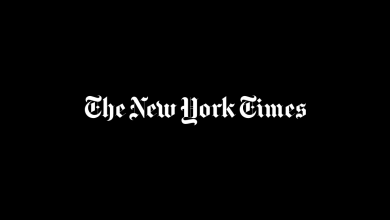 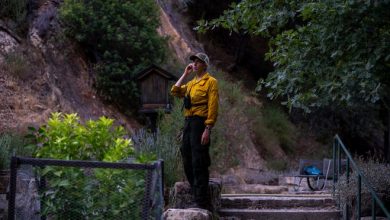