Pauline Peck was driving the 110 Freeway to a job interview when traffic came to a halt. It became increasingly clear she was going to be late. “The freeway just stopped,” she says. “I felt angry and defeated and anxious and helpless. I wanted to scream.”

That anxious, helpless feeling is an all too familiar one for Angelenos, who spends an average of 119 hours each year stuck in traffic. As a psychologist and yoga teacher with more than a decade of meditation experience, Peck knew what to do.

“I could feel the tension rising in my belly and chest and throat,” she says. “I brought some awareness to my senses.”

She noticed the way her hands felt on the steering wheel. She paid attention to the faint smell of coffee in the air. And almost instantly, she felt a little calmer.

“Getting in touch with our senses brings us into the present moment when we feel like we’re spiraling,” Peck says. In other words, it makes us more mindful.

Mindfulness, or paying attention to present experiences with openness and curiosity, has become an important skill during the pandemic, when nothing has been certain and everything changes in an instant. “We’re undergoing a pretty severe mental health crisis,” says Diana Winston, director of mindfulness education at UCLA’s Mindful Awareness Research Center. “And a lot of those challenges have been exacerbated by the pandemic.”

These challenges extend to nearly every aspect of our lives, traffic included. Some reports show that road rage and aggressive driving have gotten worse during this period.

Rather than ruminate on the past (the driver who cut you off five miles ago) or worry about the future (the appointment you might miss if traffic doesn’t clear up soon), mindfulness encourages you to focus on the present. And it pays off: A 2018 study that surveyed Australians about their driving habits suggested that mindfulness could help regulate anger on the road. Years of mindfulness research has found that it also generally reduces stress, improves brain function and even alleviates some chronic pain.

Mindfulness is effective because it “encourages emotion-regulation and involves acceptance of, but not reaction to, the current situation,” the researchers write in that 2018 study. It allows us to experience our emotions without becoming overwhelmed by them.

Next time you’re fuming behind the wheel, try one of these mindfulness strategies to keep your road rage in check.

To distract from the anxiety of bumper-to-bumper traffic, Peck recommends focusing your attention on an outside object.

“Choose an anchor in the environment — something to focus on outside of yourself to help your body recalibrate and reset after being so activated,” she says.

This might be a building in the distance, for example. Take a quick moment to notice its shape, its color or its style. Keep your eyes on the road ahead, of course, but even a quick second to notice an object in front of you can take attention away from the stress brewing inside your head.

Winston says stress is cumulative, which is why it’s hard to step out of it once you’re activated.

“So you’re a little stressed out before you even get in the car and then there’s traffic or construction or whatever and you get more stressed out.”

To intercept what she refers to as the “stress snowball,” try a technique called STOP: Stop, Take a breath, Observe and Proceed. First, stop what you’re doing by taking a timeout from your thoughts. Then take a few deep breaths and observe the moment.

For example, Winston says she takes a moment to notice how she physically feels in her car. “I can feel my back and legs on the seat of the car. It’s very concrete. It puts me in the present moment,” she says.

From there, proceed with the task at hand with a fresh mind. “This technique helps me stay calm for just a moment and not cut someone off or do anything else I might regret,” Winston says.

Norma Garcia, a therapist in Sherman Oaks, uses a similar exercise when she’s stuck in traffic. “A mindfulness technique I use is the 5-4-3-2-1 grounding technique,” she says. It focuses on each of the five senses: sight, touch, hearing, taste and smell. “I start off with deep breaths and once I feel more relaxed, I observe my surroundings and name five things I see around me,” Garcia explains.

After those breaths, take note of four things you can feel, then three things you can hear, two things you can smell and one thing you can taste. Garcia adds, “If there isn’t anything in my car to taste, I think of my favorite food.”

Traffic is frustrating because there’s so little you can do about it. Mindfulness offers a sense of control by discouraging you to notice emotions without allowing them to take over your mind.

“You notice that the anger is there but that you don’t have to keep getting lost in it,” Winston says. “Give it a little space. But also know that it’s OK to have that experience. When you do, it takes on less of an intense quality.”

Put simply, try to look at your emotions objectively. A children’s meditation offers a useful framework: Think of your emotions as fish in a pond. Then think of yourself as the pond rather than the fish.

If you prefer a guided approach, enlist the help of a meditation app. Headspace is a popular option with guided meditation exercises, and you can adjust the timing based on your commute — exercises range from two hours to less than a minute, so you can listen to them on the go during your drive. (Just make sure to skip the instructions to close your eyes, of course.) The full version is available for free for Los Angeles County residents.

The UCLA Mindful Awareness Research Center has its own app available for Apple and Android users too. Winston leads many of the meditations themselves and guides listeners through stressful day-to-day moments like sitting in traffic.

Mindfulness is a lot like exercise. The more you do it, the better the results. “Having a meditation practice can help build that skill,” says Winston. A former Buddhist nun, she’s been practicing mindfulness for 30 years. “[Meditation] gave me a foundation of how to come back to myself, how to be more compassionate to myself,” Winston says. “It gave me tools for working with emotion regulation that are always in my back pocket.”

Although she spent years practicing during long meditation retreats, you can practice mindfulness for just minutes at a time. There are small opportunities to practice being more present in your day-to-day life, Winston says, and it might be useful to think of your daily commute as one of those opportunities. Rather than approaching it as an aggravating daily experience, think of it as a chance to ground yourself at the moment. Doing so will keep the stress and anxiety at bay — even after you get out of the car.

Of course, this is easier said than done when you’re running late for a job interview and all you can see in front of you are red brake lights. Stress and agitation tend to beget stress and agitation, though, which only makes the situation feel so much worse.

“But we’re not stuck with that,” Winston says. That’s where mindfulness comes in. “We can change our brains. We can have different reactions.” 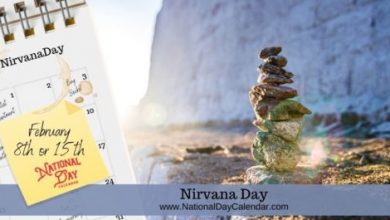 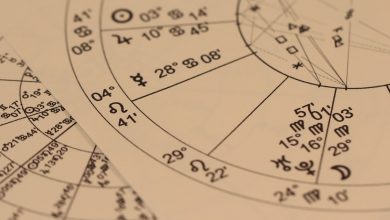 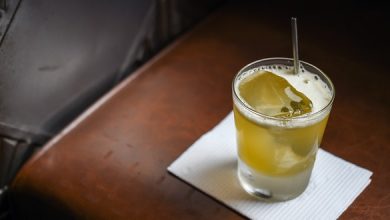 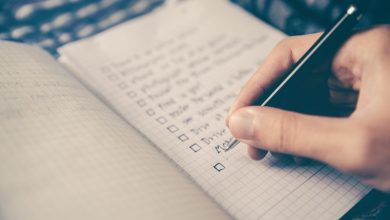